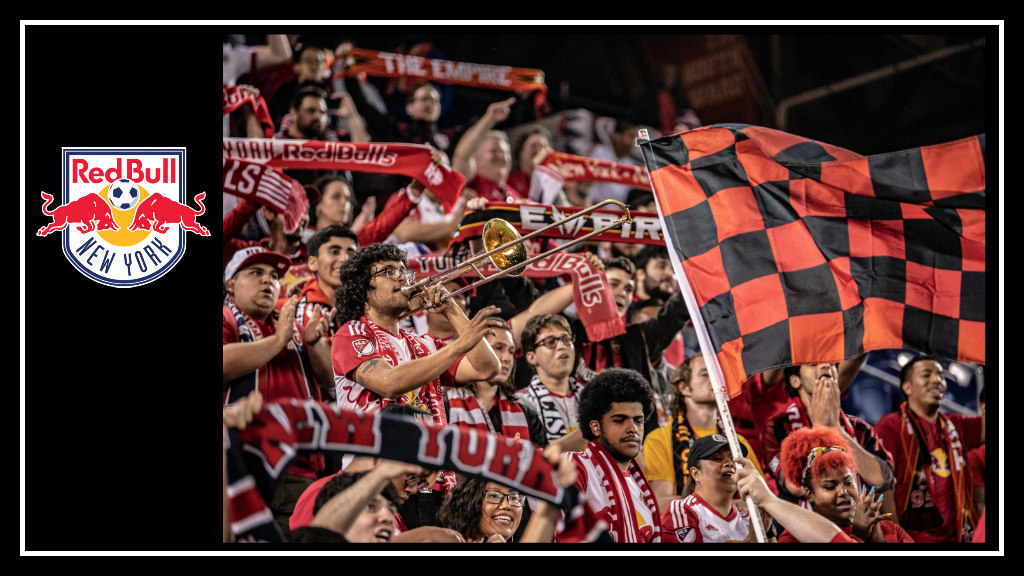 It was Deja Vu all over again* when the New York Red Bulls hosted New York City FC in the 4th round of the Lamar Hunt Open Cup.

IT’S OUR PARTY: Last year, the New York Red Bulls defeated NYCFC 1-0, with Daniel Royer scoring the only goal in the 67th minute. There were cheers and jeers, the usual banter, and a hilarious halftime takedown of a pitch invader. So when the cup draw was announced, making for the fourth Hudson River Derby of 2018, the reaction was mixed. RBNY did fine in the last meeting, but they were missing key pieces this time around.

WE CAN DO WHAT WE WANT: It didn’t take long for the scoring to begin. In just the second minute, midfielder Vincent Bezecourt blasted the ball past backup goalkeeper Brad Stuver. From my vantage point, I could see coach Jesse Marsch tell the bench not to get too excited.  A clever combination of moves from Derrick Etienne Jr., Alex Muyl, and Royer (9′) saw nearly a second goal by Danny’s heel flick. But Stuver was able to grab the ball.

Later in the half, a messy and violent advance up the field for RBNY ends with Muyl sending the ball way over the crossbar (28′). The crowd cried out in pain, but Alex was definitely the one feeling it most of all.

OK, people will be annoyed at Muyl’s inability to make the most out of the chances he was given last night, but if you rewatch the first half closely, you’ll see that he murdered City in the press. They couldn’t deal with how dogged he was.

That second goal had to wait until the 2nd half. A corner kick from Marc Rzatkowski found Aaron Long‘s head, and then the back of the net (52′). While a 2-0 lead was plenty good for RBNY to advance, Royer was able to really finish off the game with not one but TWO goals at the end of the second half (84′ & 89’).

WE RUN THINGS: For as much as I talk soccer, I’m still kind of new at the lingo… a lot has changed since I was playing. But I have learned about assessing a player’s workrate. It’s kind of an intangible– not like passing accuracy or shots on frame. It’s something you feel as you watch them play.

Not having watched Red Bulls II (I know, shame on me), I was previously unaware of Hassan Ndam‘s or Ethan Kutler‘s workrate. But they are thoroughly impressive. It’s the best testament to the Red Bulls system: slot in any piece and the team is still a cohesive unit. Not bad for their first time out with the first team.

WE CAME TO HAVE SO MUCH FUN NOW: Even Marc Rzatkowski, coming halfway around the world from Red Bull Salzburg, plays as if he grew up across the street from Tyler Adams. Both on and off the field, his ease with his teammates makes for a positive experience. When asked about his effect on the team, Royer said, “You can see he’s a great soccer player. Without the ball, he’s so aggressive he can win a lot of balls…and then with the ball he’s so smooth and creative.”

RBNY travels to Columbus for league play against (Save) the Crew this Saturday, and then to Chester, PA for the next Open Cup round against the Philadelphia Union. Don’t stop now, you boys in Red.

*That’s a Yogi Berra saying. He played for the Yankees. What– you thought the South Ward singing “Take Me Out to the Ballgame” in the 70th minute is the only baseball dig we can come up with?