And the Beat Goes On…in Dallas 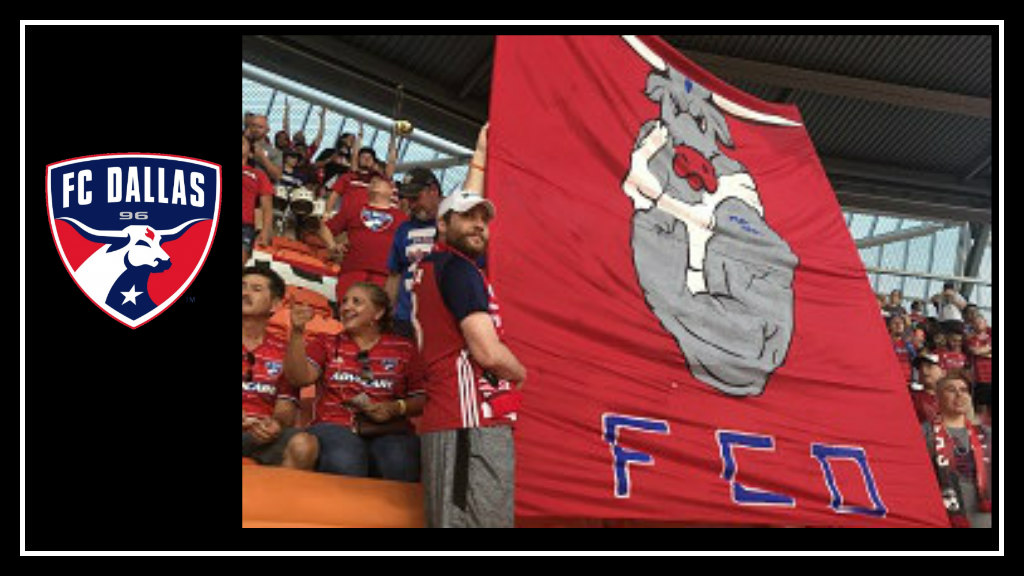 So, I’m really struggling. I was ready to sit and write about the good and bad about the game against Houston (Texas Derby…). Then, in less than 24 hours after the game, it seemed as if the game didn’t matter anymore. It’s now Tuesday night and we have 2 new signings and lost a player who was like family. I’m not sure where to start, what to say, anything. So, this week, you will receive an emotional vomiting broken into various pieces. Enjoy.

This game is always a big build up for MLS fans in Texas. The fight for El Capitan brings out the heated rivalry between two cities divided by IH 45. This year was no different. I had the (dis)pleasure of being in Houston for this game with the away fans from Dallas.

Dallas came out of the gate with a goal off a corner kick within the first minute of play (Michael Barrios cross in with Matt Hedges finishing). This was exactly what we needed to set the tone of the game. If I’m being completely honest, the 1-1 draw should have been a 3-1 win for Dallas. It was absurd how horrible the finishing capabilities of Roland Lamah were this game.

Tesho Akindele is the king of too many touches and Lamah was just… no words. Let’s start with the BIGGEST mistake of the night: Reto Ziegler being waved off for the penalty kick. This is unacceptable. Reto Ziegler should ALWAYS take the PK’s until he misses… because he doesn’t miss. (So, low key warning to the new guys… don’t you dare wave off Reto.)

Put this beauty on top of missing the open net, Lamah is off everyone’s Christmas card list. Another downer is that Santiago Mosquera went down and we are now down our most effective playmaker in the midfield. We will await the new signing to see if he can truly fill his role as our new #10.

Props to Reggie Cannon for doing work. This kid is hungry to prove himself and for success. He is literally everywhere on the field. In addition, I have to give props to Hedges. It has to be noted that he has been just a consistent captain keeping our back line strong. Previously paired with Walker Zimmerman, I love seeing him now work with Ziegler. It’s a solid back line that I wouldn’t want to take on. (Although, I do miss Nedyalkov…)

The #TexasDerby got off to a fast start thanks to a beautiful header from @Matt_Hedges. pic.twitter.com/yP4w7C9j4w

I was already tired and ready to be home from the swamps, but right before I walked into my apartment, we got the notice: Kellyn Acosta was being traded to the Colorado Rapids. I had to take a moment to keep it together.

Acosta has been more than the face of homegrowns not just in Dallas, but in the USA. He has paved the way so that players like Weston McKennie could go above and beyond out of the academy systems. But, the Perry and Acosta families have been family to us fans in Dallas. The number of times we have been with his mom and dad make them as close to family as one could have.

The night before, we had been in the lobby with Kellyn’s family eating the cookie cake he requested for his birthday. Less than 24 hours later, he was gone. Now, this was a hard personal loss. I can definitely see both sides of this… but let Dallas fans mourn this loss. Kellyn had been with Dallas the last 10 years (originally from Plano, TX). If there is one thing for sure, he will always be one of our own.

However, we must move on from the emotion and look at the business side of this. In return for Kellyn, FC Dallas has received Dominique Badji (a forward from Colorado), an international spot through 2019, Colorado’s first-round selection in the 2019 MLS SuperDraft, and half the transfer fee through summer 2020 if Acosta is sold to any team outside of MLS. This could be just what Acosta needs to get to Europe and just what Dallas needs to get the star above the crest.

Badji is coming in as a fast forward from Colorado. Although his finishing stats are on par with what we have, he is going to offer a speed that will pair well with the rest of the team and provide an incredibly dangerous counterattack. It will be interesting to see if in the right team situation he will exceed expectations or just join the ranks of forwards who don’t fill the need that we have up top.

He's a proven @MLS goal scorer and @dbadji14 is now a member of the FC Dallas Family. #WelcomeDom pic.twitter.com/YRXolkYNvU

As our first signing from Chile, Aránguiz is here and will be wearing the #10. I will be honest. I don’t know much about the guy, but he seems dedicated to hard work so he is already on my good side. Can he be the playmaker we need him to be? We will see.

He is coming in to replace Mauro Diaz and will even be wearing the same number. Diaz hadn’t been the same since his 2016 injury, so I am feeling hopeful. On top of this, having Santi out proves that we need to fill this spot for a playmaker or we will be left with a huge hole. Time will tell, no?

Chris Richards is the homegrown from FC Dallas to go on loan to FC Bayern Munich to play with their U19s. However, this past week, Richards made his first-team debut against PSG in the International Champions Cup. He came in as a center back while the game was at 1-1 and helped the back line not concede another goal for a 3-1 win. Congrats Chris! We are beyond proud of you!

“Learning a new language. Training with world class players. Playing for #FCBayern has been a great experience for me.” @eastmamba #AudiFCBTour pic.twitter.com/9TlUY5lBcr