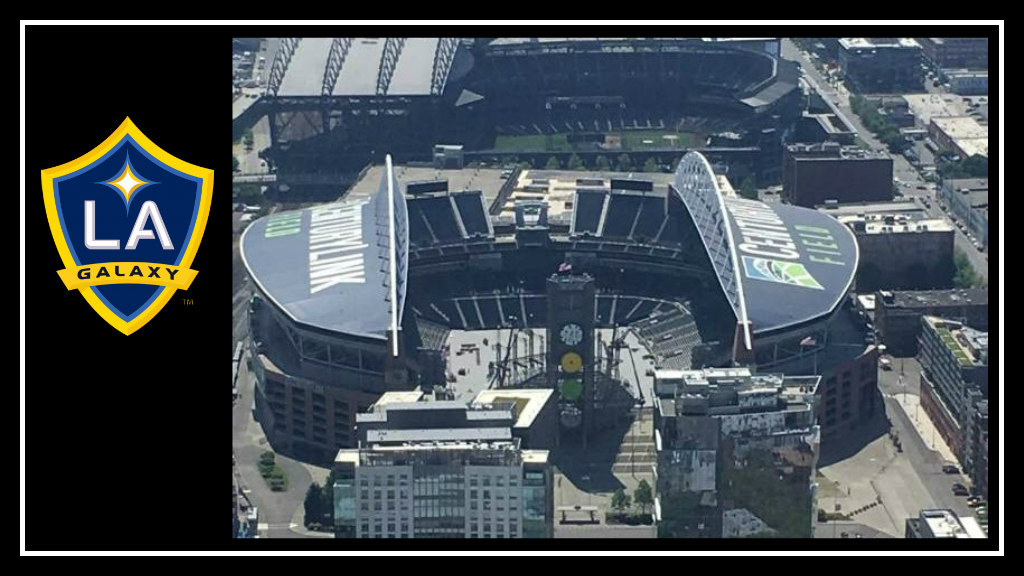 The Los Angeles Galaxy’s lineup against the Seattle Sounders on August 18, 2018 seemed solid considering the Galaxy didn’t have any designated players and were also missing Michael Ciani, who was sorely missed. Zlatan Ibrahimovic wouldn’t play on turf or make the trip up to protect his knee. It’s always better to rest players, but the Blue and Gold are dealing with other injured players such as Romain Alessandrini and both Dos Santos brothers.

So, who stepped up and showed up in Seattle? The Starting XI were balanced considering Rolf Feltscher was back with his first start since late April. Emmanuel Boateng hadn’t started since June. But, just when we thought the defense couldn’t get worse, there was an own goal by Servando Carrasco in the 50th minute, which was one of three goals scored in the second half. After the first half, the Galaxy were down 2 goals, but this has been a common occurrence this season. I kept hope that the G’s would come back despite not having anyone on the field who could save them.

I had followed the Galaxy up to Seattle, and I’m still glad I made the trip. I even got the full supporters’ section up in the hawk’s nest at CenturyLink cheering, rallying for our boys to at least score one goal even if we couldn’t make a comeback. They need the most support when they are down.

But, alas, the absolution never came. The Seattle Sounders are a force to be reckoned with at home. The Rave Green were 8th place and had five straight wins and are eight matches unbeaten prior to facing LAG, so we fans were well aware what a difficult match this would be. But, honestly, it was hard to tell if they were playing well or the Galaxy just made them look it.

Regardless, the poor performance really does fall on head coach Sigi Schmid; it was questionable before, but after seeing the subs he went with and who he didn’t put in, I’m convinced at this point. He subbed out Boateng and Sebastian Lletget, who were the few actually doing anything in the match. Ariel Lassiter and Bradford Jamieson IV hardly played any minutes and the midfield doesn’t have room for them. Bringing in Chris Pontius was good, but he should’ve started. Schmid didn’t put in Tomas Hilliard-Arce and I just don’t understand why.

Coach Schmid made every wrong move when there were many good moves he could have made. Since the Galaxy are a second-half team, he shouldn’t have started Feltscher or Lletget. He should’ve saved their fitness for the second half and subbed them in. He should’ve taken out Dave Romney, Jorgen Skjelvik, or Daniel Steres, and Carrasco should’ve been subbed even in the 75th minute. He only gets three subs, of course, but with as expensive a backline as we have, a fresh-out-of-college player isn’t going to sub any of these guys.

They were basically playing with their B-team, but that’s not even an excuse, as most teams can make that and most formations work.

For starters, what didn’t work for the Galaxy was putting Boateng, a midfielder, in the striker position up top with Ola Kamara. He’s got speed but is too short in height to get on the passes in that position (and he really tried).

The passing from the Galaxy also was horrendous like they had no strategy, and they didn’t put any pressure on the Sounders. I mean, being down as many goals as they were, just move the ball forward and shoot! Sebastian Lletget took a shot in the 45th minute as he took on Seattle goalkeeper, Stefan Frei, one on one without anyone on him, but it was too high and went right over the net.

At one point, a close shot came from Kamara as he ran right up to the net, but Frei made that save as well, and he kept denying the Galaxy through the 82nd minute. The Galaxy had a few corners and chances, but they just couldn’t connect.

We were hoping it would be less than five goals conceded. But, that was the final score: 5-0. One of the worst beatings in a while. I just hope this serves as a real wake up call for the Galaxy’s front office. Otherwise, my advice to fans is, if they’re on the fence about renewing their season tickets: then send corporate a message by holding off. For us diehard fans, it’s going to be ride til we die. Take it one game at a time. Never give up hope. Please, don’t turn to LAFC.

The Western Conference table has shifted with the Sounders moving into 7th place. The West is all only a point or two apart. The Galaxy are in 5th place and scraping to keep their spot. LAFC sits in 3rd.

The Galaxy should have most of their starters back (including Ibrahimovic) for the last installment of this season’s El Tráfico against LAFC this Friday, August 24th. It’s sold out and kickoff is set for 7:30 pm PST.