The Charlie Foxtrot that was in Colorado 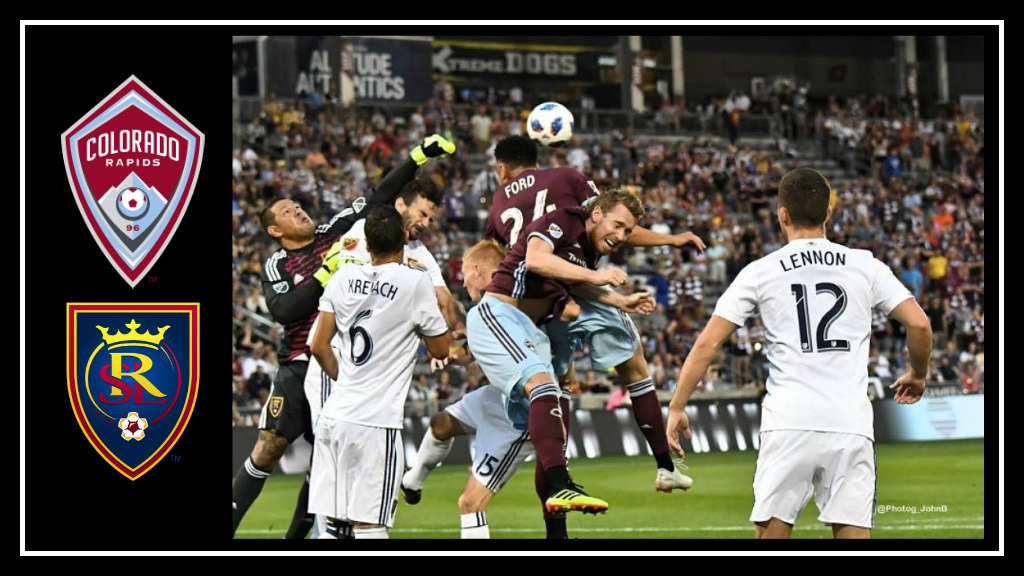 Saturday was painful. There’s really no other way around it. The best words I have to describe it are that it was an absolute Charlie Foxtrot.

The Colorado Rapids were facing off against their Rocky Mountain rivals, Real Salt Lake for the third, and final, leg of the Rocky Mountain Cup. They needed to win by four goals in order to overcome the scoring differential and win the shiny trophy. That didn’t happen. In fact, the exact opposite happened – Colorado lost 6-0. I have never heard a crowd boo the team like they did Saturday night. Nor have I heard of the supporter’s group awarding themselves the Man of the Match oar at the end of the game.

“First of all, I have to apologize to the fans.” pic.twitter.com/ZC6MLo0ZyI

I, like many other Rapids fans, am frustrated. We have been promised much and given little. The great offseason signings haven’t produced much, though I have seen an improvement in Jack Price as the season has gone on. The coach that was supposed to do great things, has proven to be slow to change when something isn’t working and stubbornly devoted to the players he brought in. I can understand the fans who want their money back from the RSL game.

From the start, the Rapids weren’t in the game mentally. I have no idea what happened to the Burgundy Boys that knew how to win or could pull out ninetieth-minute game winners, but this group wasn’t them. The mistakes came early and they came frequently. Before the 45th minute had ticked off the clock, they were down by 2 goals and 2 men. The lack of communication and the fact that they had 8 field players to cover the space spelled disaster for the Rapids.

These were foolish, dumb mistakes that both players should have known better. The first was shown to forward Niki Jackson in the ninth minute for head-butting Albert Rusnák after being provoked by both Rusnák and Damir Kreilach. It was an incredibly soft red card as there was barely any contact. The problem is, he dropped his head, and there was contact. It was the right call. This was Jackson’s first start with the team and in MLS so this one can be filed under “Mistakes that won’t be repeated.”

No excuse. Live and learn. & do better next time!

Again, this was the right call. While Jackson’s red card can be chalked up to a rookie error, Nana Boateng has been playing professionally since 2012. He knows better.

The Rapids will face the Portland Timbers in Portland on Saturday, September 8th.