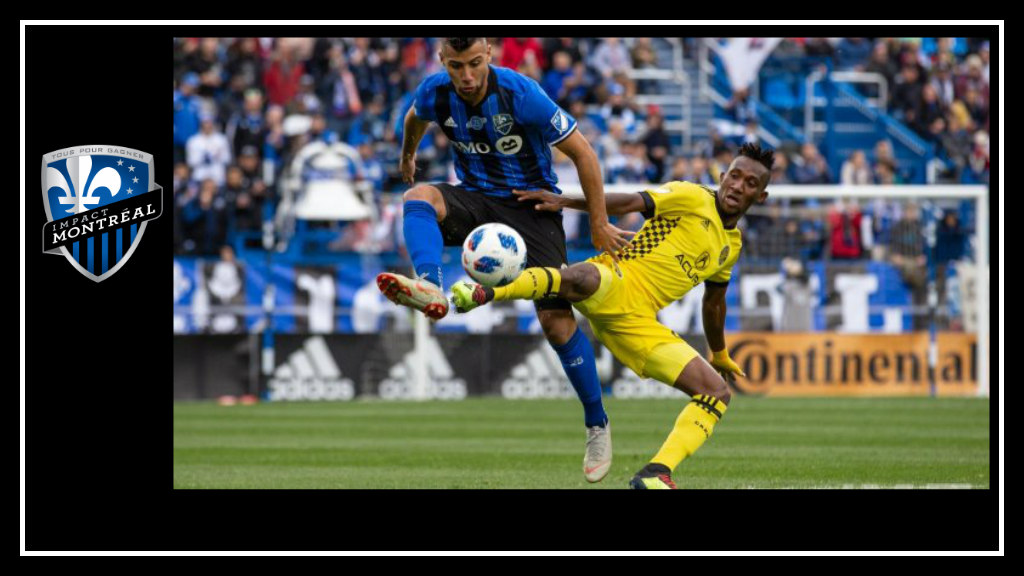 The city of Montréal was rather bereft of hope following the Impact’s humiliating road defeat to hotly pursuing DC United. As the week leading up to the match versus Columbus Crew wore on, and Ignacio Piatti remained absent from training, fans grew increasingly morose at the thought of facing another powerful conference rival without their most crucial player.

As the previous match had been a “must win” for the Impact, and they had quite spectacularly bottled it, it became all the more important to take 3 points from the Crew.

Lo and behold, despite serious injury concerns, Piatti donned the captain’s armband and started the match. However, a sharp increase in his passing rate indicated that he was not at 100% fitness.

Given the massacre the Bleu-Blanc-Noir suffered in their previous match, it was impossible to say if they were going to use that result as fuel to perform, or if the players were still licking their wounds. As Columbus called Evan Bush into action a few times early in the match, optimism was hard to come by.

What a ball from Pipa. What a save from Bush. #MTLvCLB pic.twitter.com/NPbKOYNowX

However, as the Impact began to find their bearings in the game, Alejandro Silva’s cross was deflected off a Crew defender’s arm. Referee Alan Kelly elected to consult VAR and awarded a penalty to the Impact. De facto penalty striker Piatti handed the ball off to Saphir Taïder and the Algerian scored his seventh goal of the season.

Momentum then swung in favour of the Impact, as in the last moments of the first half, Silva channeled his inner Piatti and made light of the 5 defenders surrounding him to finish a brilliant individual effort with his fifth goal of the season.

Alejandro Silva scored a great goal to double the lead for #IMFC, driving at the heart of the defense and finishing into the bottom corner. The home side are up 2-0 over #CrewSC in a must-win game.#MTLvCLB #MLS pic.twitter.com/zKoS5HuoV0

Columbus undoubtedly saw more of the ball in the second half of the game, and they penetrated Montréal’s defense more than coach Rémi Garde probably liked. However, Bush came up massive every time and equalled a personal record to claim his 9th clean sheet with 9 saves, several of which required great reflexes from the keeper.

To put a cherry on the sundae, Piatti’s dedication to the team despite his injury was rewarded when he scored off a classic counter-attack in the 59th minute to seal the scoreline at 3-0.

For the Impact, a convincing win at home against a very well-coached team of great quality was the perfect response to their humiliation in DC. However, DC United remain a mere 2 points behind the Impact with 2 games in hand, meaning the Impact have to hope that DC drop points in their remaining matches while performing flawlessly themselves.

Their next test will undoubtedly be a difficult one – recently eliminated rivals Toronto FC will be in town on October 21st, and they’ll certainly be keen to spoil Montréal’s playoff hopes.