And the youth will carry us. US Men’s National Team draws with Peru 1-1 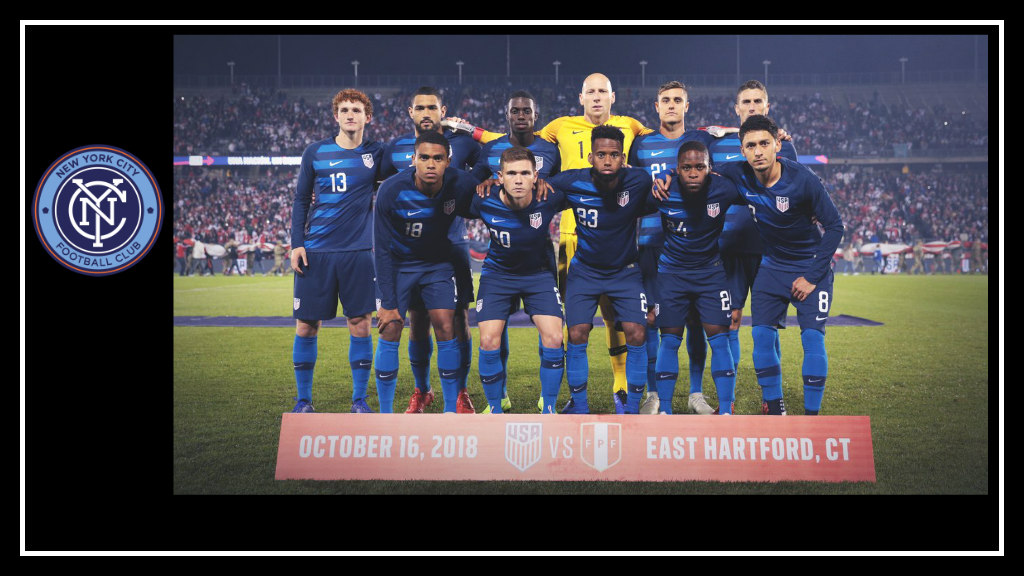 I have to admit that many of my past experiences watching and cheering for the United States Men’s National Team have left me feeling unfulfilled.  Let down. Even sad. For me, the big draw to checking out this week’s friendly between the United States and Peru was the unique opportunity to see two New York City Football Club defenders face off.  It was Ben Sweat for the US and Alexander Callens representing Peru in similar roles for their respective teams.

After watching the match multiple times, my biggest takeaway is that I am actually optimistic about the future of our men’s team.  The game ended in a 1-1 draw and Peru had more possession, however, there were many moments of beautiful soccer involving some of our youngest players on the team.

The US did a great job of forcing turnovers in the middle third and immediately starting speedy counterattacks involving some combination of teenagers Timothy Weah, Josh Sargent, and Jonathan Amon working tightly with Kellyn Acosta. Weah, Sargent, and Amon all have day jobs with European clubs alongside injured US teammate Christian Pulisic.

I may be overenthusiastic about this, perhaps because my expectations were pretty low,  but there were true flashes of beauty from these players.  Obviously, the more experience they get playing as a unit, the better the national team will become.  Another player who stood out was Marky Delgado, who is still relatively young at 23.

Both Peru and the US seemed to do the majority of their attacking down the right flank, which meant that Ben Sweat and Alexander Callens were involved with most of the game.  Sweat did a fine a job in left back while most likely battling some nerves.  Notable to me was his speed in getting back to destroy plays but he seemed to choose the back pass a bit too often for my liking and made a few poor tackles which did little to decelerate some of Peru’s attacks.

Ben Sweat should get another look in that role to see if he can be more decisive in his tackles and capitalize more on his offensive capabilities as well.  He did have one respectable shot on goal in this match.   Callens played in a center-left back role and as expected, used his physical strength to outmuscle US attacks down the right side.  It’s interesting to watch his play “from the other side” as it looks a bit less smooth with his national team and he can be a bit late with his tackles which lead to at least one foul.

Glad to have made my first start and my debut all in my first @ussoccer_mnt camp. It’s an honor to have worn the crest but there’s always room to grow and improve and I’m excited and looking forward to what the future has in store for me! @NYCFC #usmnt #nycfc #underarmour 🙌🙏🇺🇸 pic.twitter.com/hmLwQGY1o7

One other takeaway for me that I am proud of:  Peru was constantly playing to draw fouls, falling over with the slightest contact, banging the ground and writhing in pain.  For most of the game, the US team players would immediately jump up if they hit the ground to keep an attack going or would fight to stay vertical in a duel.  To me, it was a sharp contrast of styles and it’s the style that keeps the game moving and makes it more fun to watch.

I was not expecting to walk away from this game excited for the future of the US Men’s National Team and yet with all these talented young yet experienced players, I have hope.