The Hunt for a Home Playoff Match Continues 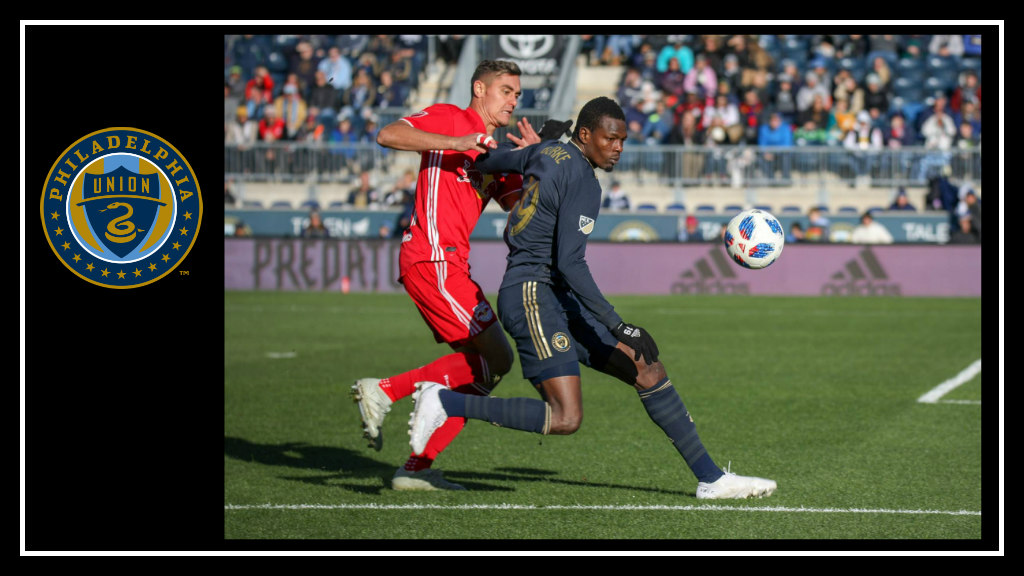 Fresh off an international break that saw both Andre Blake and Borek Dockal serving as captains for their respective national teams, the Philadelphia Union faced off against the New York Red Bulls for their home season finale.

The Union’s defense thwarted Bradley Wright-Phillips and the Red Bulls’ offense, holding them scoreless until the 69th minute. A hand ball in the box by Alejandro Bedoya and a lengthy VAR review resulting in a penalty kick gave Alejandro “Kaku” Romero Gamarra all the opportunity he needed to get one goal up on the Union. Though the Union took more shots throughout the game, they weren’t able to turn any of their chances into a goal, and the match ended in a 1-0 win for the Red Bulls.

Homegrown hot shots Mark McKenzie and Auston Trusty yet again proved themselves as valuable members of the Union’s defense. At only 19 and 20, Philly may not have much time left with these two, but it will be exciting to watch them grow in their careers.
The Union held up well against the No. 2 team in the league, leading both in shots and possession. Before the penalty kick, a 0-0 finish and 1 point felt like a real possibility.

Bedoya’s hand ball dashed the Union’s hopes for a draw, but an earlier tangle with Fafa Picault in the 40th minute cost them a chance at a goal when Bedoya inadvertently blocked Fafa’s shot.

The tension on the pitch only increased when a scuffle broke out just as the first half ended. Luckily for all the players, the shoving didn’t result in any further penalties or cards, and the teams headed into the locker rooms to cool off.

After the match, Bedoya and Haris Medunjanin took some time out of their post-game remarks to take the Union front office to task for Sunday’s field conditions, with Medunjanin going so far as to say he’d prefer an away playoff berth unless the situation improves.

Longtime Union fans know that this is a team that does better while playing consistently, and they tend to come back from a bye week or international break below peak form.

This Sunday, the Union face off with NYCFC in Yankee Stadium for their last chance to secure a home playoff game, and they’ll be doing it with DC United breathing down their necks. Let’s hope they can get back into their groove this week.