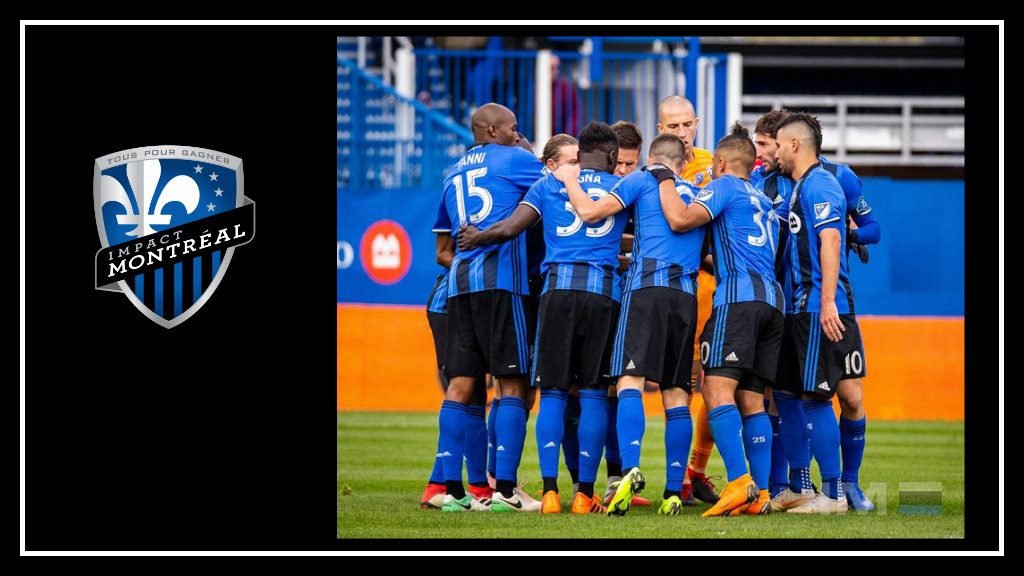 It was a matchday like no other. Rivals Toronto FC were visiting Stade Saputo looking to put the final nail in the coffin of Montréal Impact’s playoff hopes. Elsewhere, DC United were officially claiming the fifth of six playoff spots, while Columbus Crew continued a tie game with Orlando SC, a team which boasted the most porous defense in the league.

With TFC eliminated from playoff contention several weeks ago, the match was more about pride than anything, as most had written off the Impact’s playoff hopes, even if mathematically the Bleu-Blanc-Noir still had a chance to make the cut. With Victor Vazquez and Jozy Altidore sidelined through injury, TFC still brought out a strong lineup, looking to play spoiler to their enemy.

For the home side, left back Daniel Lovitz, whose offensive spark contributed to a goal and five assists on the season, found himself injured and unavailable for selection. Jukka Raitala entered the starting lineup at left back and Rudy Camacho, whose previous performances against nimble opponents like Sebastian Giovinco or Lucho Acosta were nightmarish, returned to central defense.

Regardless of what would happen in the match, the supporter groups 1642 Montréal and Ultras de Montréal were ready to stand behind their team with season finale tifo displays.

With the Impact having firmly established their identity as a counterattacking team, it comes as no surprise that TFC enjoyed the lion’s share of ball possession during long stretches of the first half. Evan Bush was called into action as once again Camacho allowed Giovinco to slip behind him, but the Italian’s one-on-one shot lacked any conviction and Bush smothered the ball. In the 35th minute, the Impact had the ball in the back of the net, but following a VAR consultation, referee Baldomero Toledo ruled the goal offside and the teams retreated to the locker rooms in a deadlock.

Following the break, it was clear that Rémi Garde’s request for more aggressivity from his team was heard loud and clear. Several times the Impact hit TFC on the counter, but both captain Ignacio Piatti and striker Quincy Amarikwa wasted their opportunities, and keeper Alex Bono made a heroic save on a header from Saphir Taïder.

Finally, in the 71st minute, VAR was called into action again. Substitute defender Eriq Zavaleta, who has long struggled when facing Piatti, was found to have pulled on the Argentinean’s jersey inside the TFC box, and this time VAR ruled in the home team’s favour. “Nacho” stepped up to the spot and calmly converted the shot.

In the 88th minute, the Impact sealed a 14th victory of the season when Piatti beat a defender and the goalkeeper to casually slot the ball into an empty net, marking his 16th goal of the season. Unbeknownst to the team, results elsewhere allowed the Impact to remain in the playoff race, with Orlando claiming their first win in over a dozen matches in the last seconds to leave Columbus only 2 points above the Impact and that vital red line.

With the last home game of the season in the books, it was only fitting that coach Garde, whose adaptation to the team and the league was painful but has now blossomed into something beautiful, rang the North Star Bell to celebrate the victory.

Since the playoffs are still in reach, the Impact must travel to New England Revolution and claim a Decision Day victory, while hoping Columbus lose or draw in their match versus Minnesota United. No matter how the 2018 campaign ends, to still be in the playoff discussion after such a dismal start speaks volumes to how the team has flourished over the course of the season and fans are waiting for that do-or-die match with baited breath.