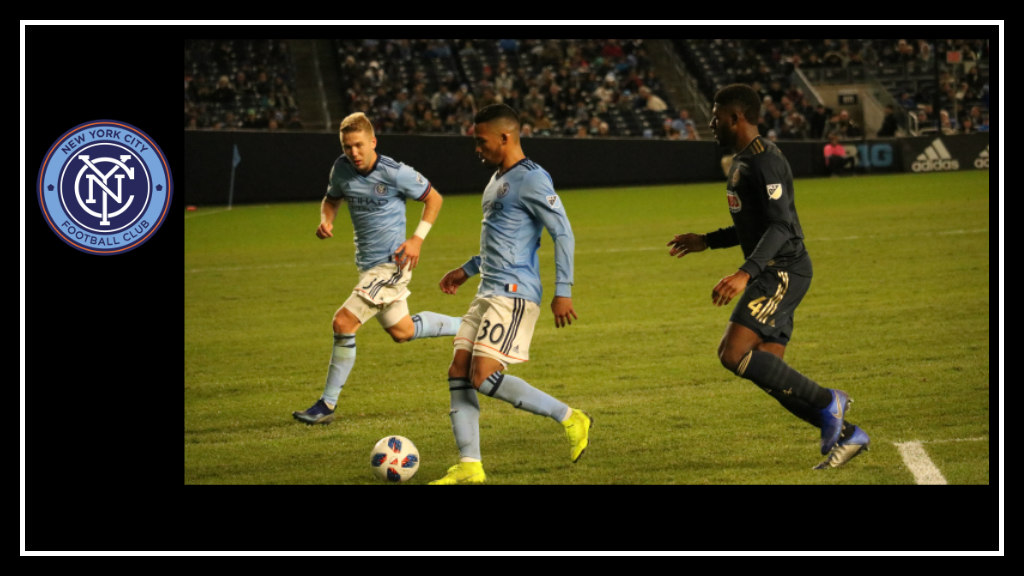 New York City Football Club was finally back home on Sunday, playing with a full, healthy squad taking on Philadelphia Union. Not only was it Fan Appreciation Day but most importantly, MLS Decision Day, which determined the draw for the knockout round.  NYCFC needed a victory to secure a number 3 seed and a first-round home game.

Amid rumors of David Villa’s looming end-of-season retirement and with the possibility of an away first-round playoff game (depending on the result of this game), fans were aching to enjoy every moment of Villa on the home pitch. Our captain did not disappoint with his deep crossing runs, elegant ball movement and, of course, a goal.  Villa played the entire 90 minutes which resulted in a 3-1 NY City victory over the Union. Other goals were scored by Maxime Chanot (NYC), Auston Trusty (Philadelphia own goal) and Cory Burke (Philadelphia).

The game was not just a result of excellent tactics and effort by Villa but also by the triumphant return of Yangel Herrera in midfield.  Herrera missed most of the season due to an injury.  With Herrera’s calm yet aggressive presence on the field, the team looked tight and complete.  Herrera made the transition from defense to offense look smooth.  Is this what we have been lacking for these past few months?

One of the most exciting moments of the match was executed by goalkeeper Sean Johnson when he made a flying save on a penalty kick awarded to Philadelphia for a foul called on Johnson himself. Johnson was pumped, the crowd was pumped and the save seemed to put the final nail in the Union’s coffin.

With the win in hand, NYCFC will next face, yup, Philadelphia Union on Halloween.

With Halloween being a big holiday in the New York and Hudson Valley region, many fans discussed the disappointment in finding out that the playoff game was taking place that night rather than November 1st.  The date was determined by the television networks who do some version of drawing straws and taking picks for game coverage.  It seems that we got tricked while the #4 seeded DC United got all the treats.

Looking forward to the rematch with Philly on Wednesday.  I think Yankee Stadium will be a House of Horrors for the Union with NYCFC getting through to meet (a suddenly beatable?) Atlanta United in the Eastern Conference Series.