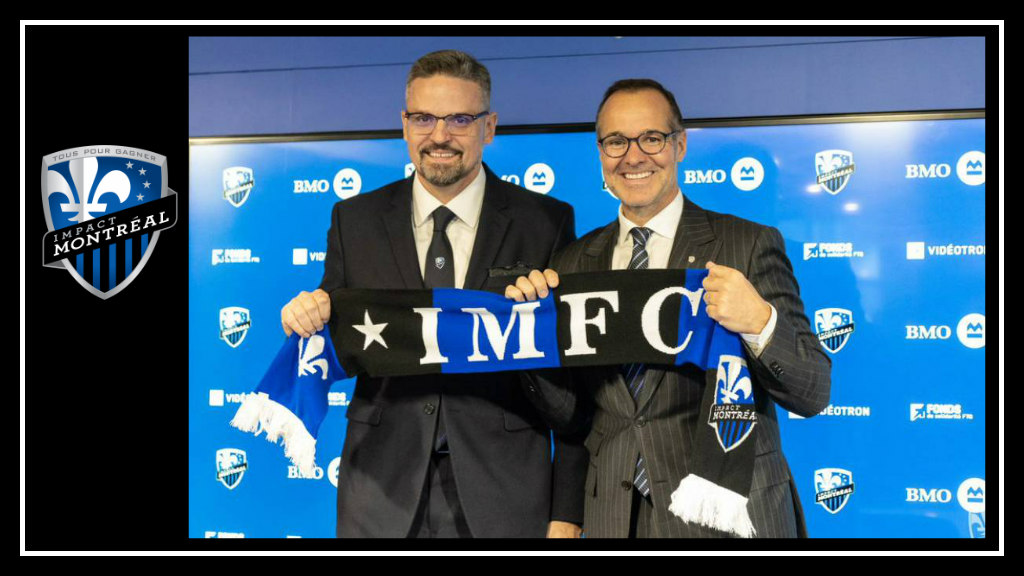 As the team flew to Florida to begin training camp, Montréal Impact fans were feeling rather blasé about the team’s offseason transfers. Then news broke on Monday evening. Team owner/president Joey Saputo was calling a press conference for the following morning. The topic was quickly revealed to be that industry veteran Kevin Gilmore would be announced as Saputo’s presidential successor. That revelation was met with utter incredulity – Saputo hand over the keys to his beloved team? Never!

As is usually the case with Impact news, the leaked info was confirmed. In a 45-minute conference, Saputo explained that as the league and the team were evolving at a much faster rate than he could have imagined, he simply could not devote the time needed to properly run the Impact’s organization. It turned out that Gilmore had begun working with the team as an independent consultant in November 2018, and his impressive sports management resumé coupled with his knowledge of the region planted the seed in Saputo’s mind that this could be the right person to take over as president.

Nobody can doubt how much Joey Saputo loves the team he founded in 1993. The team he brought to MLS in 2012, which reached the CONCACAF Champions League Final in 2015 and played one of the most thrilling Eastern Conference Final matchups in the history of MLS a year later. Joey Saputo is the man who brought Didier Drogba to Montréal, which allowed me to fall in love with the Impact. He was clearly ready to invest in establishing soccer’s presence in a fairly-monopolized Montréal sports landscape, with the construction of Stade Saputo and a state-of-the-art training facility. After a thoroughly disappointing 2017 season, Joey Saputo sought out an elite coaching staff in Rémi Garde, Joël Bats and their assistants.

However, repeated criticism of Saputo’s leadership was that his passion could cloud his judgment when it came to the business side of the team. In 2018, when the team was in the midst of a winless May, Saputo mused aloud in a radio interview about selling beloved captain Nacho Piatti. He regularly spoke of the team as being in a small market and having to live in the shadow of the Montreal Canadiens. He would lament the lack of sell-out games in the post-Drogba era while offering little in the way of solutions to bring new fans to the stadium and often alienating supporter groups.

In his statement, Kevin Gilmore addressed several of the Impact’s, and by extension Saputo’s, shortcomings head-on. “We need to understand that we play in a top market and we need to start acting like a big-market team,” he asserted. Gilmore called for wiser spending rather than splashing larger sums of cash. He recognized that MLS has a much younger viewing audience than the other big North American leagues and that the team needed to target those younger fans, to engage with them more. He firmly believes there are enough fans in the city to fill Stade Saputo every week, but the team needs to work much harder to bring them to the stadium. Gilmore feels that the multi-cultural, multi-lingual team represents the city and that the Impact need not cower in the shadow of the Habs, but seize their own identity and stand up on their own.

How do the fans feel? In his first conference, Gilmore spoke the words we wanted to hear. He has a long history in the sports business, and although he is educated as a lawyer, he speaks like a salesman. In particular, his desire to bring people to the stadium and to come to love the team, rather than attracting people who are looking for a casual outing thrilled the IMFC community. Gilmore cited the importance of highlighting Piatti, who is an eternally underrated star of the league, because if we have one of the league’s best players – the whole city needs to know it.

Gilmore also stated that his previous experiences in the NHL showed him that the administration should not involve themselves with the technical aspects of a team. Given Saputo’s reputation for over-management, it will be a breath of fresh air to know that Rémi Garde and his staff can operate without the president adding his two cents.

As a millennial myself and one of Gilmore’s targets, his insight into what we are looking for as a generation – experiences, engagement, and authenticity – inspired confidence that he is looking to target a younger generation, who will hopefully remain faithful to the stadium longer. Although it is too early for Gilmore to provide specific examples of the changes he will effect, and some difficult decisions made, the long-term future of the club looks far more exciting than it did just a week ago.