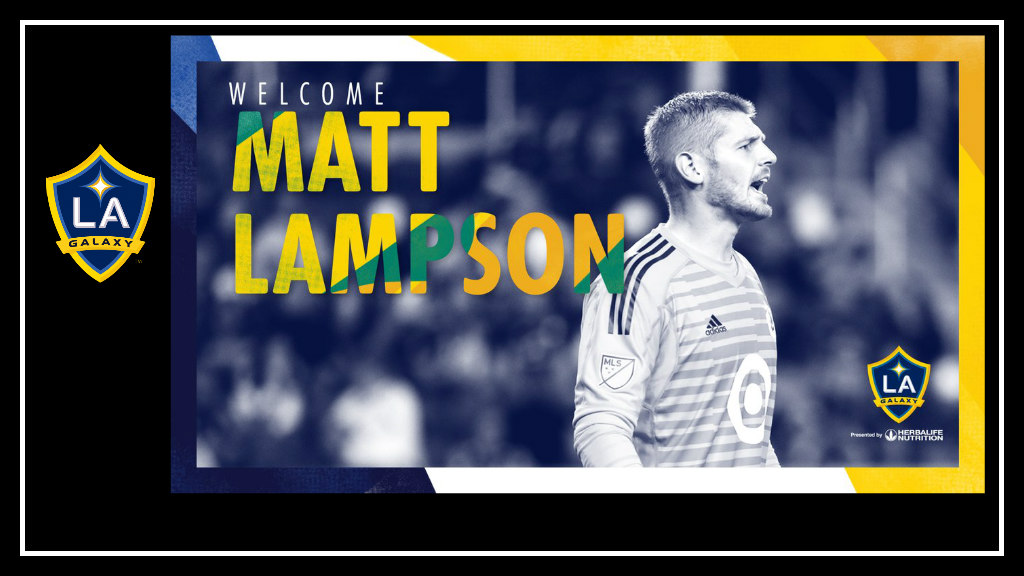 On January 23 the LA Galaxy signed veteran goalkeeper Matt Lampson in the 2nd stage of the re-entry draft. During his seven seasons with MLS, the 29-year-old has played for Columbus Crew SC, Chicago Fire and Minnesota United FC. During his career, he has made 60 appearances, 194 saves and had 16 shutouts. He once admitted as a kid he wanted to be a goalie because he wanted the “cool gloves”. Goal achieved.

Although soccer is a huge part of his life, I wanted to know and share who Matt Lampson is off the soccer field.

Lampson is a two-time winner of MLS WORKS Humanitarian of the Year award for his work with cancer patients and survivors, most recently winning again in 2018. After donating blood during his senior year of high school he received the devastating news he had stage 4B Hodgkin’s Lymphoma, a form of blood cancer. He stated he never once thought about losing his battle with cancer.

We look forward to watching him bring that kind of motivating positivity to the soccer field. He sent out a celebratory tweet on September 24, 2018 stating he has been cancer free for 11 years. He also confessed that there is no doubt in his mind that if he didn’t have cancer he would not be a professional athlete.

In 2014, Matt Lampson founded the LampStrong Foundation, a non-profit with the mission of positively changing the lives of those battling cancer and encouraging survivors and their families to make the most of their second chance at life. After games, you may see him on the field, at both home and away games, with kids who are fighting or survived cancer and their families. Kudos to him for taking the time to inspire and motivate those who need it most.

Who doesn’t like doughnuts? Lampson is no different. The L.A. Galaxy now has it’s own “doughnut snob” and proud owner of an array of doughnut shirts. During an interview last year he took the time to describe the perfect old fashioned doughnut with well thought out phrases such as “texture of a crunch”, “delicately dense” and “velvety smooth on the inside”. He often plans doughnut shop counter takeovers and doughnut tours to raise money for his foundation. Doughnuts are not his only food favorite, he also is a self-proclaimed meat lover.

He has a thing for the Teenage Mutant Ninja Turtles. He mixed his hobby of art and his fondness of the TMNT and drew impressive pictures of each turtle, painted them, then displayed them proudly on his walls. He has even been known to celebrate with TMNT birthday cakes. At one time he even had a turtle he affectionately called as his precious lil ninja Leonardo.