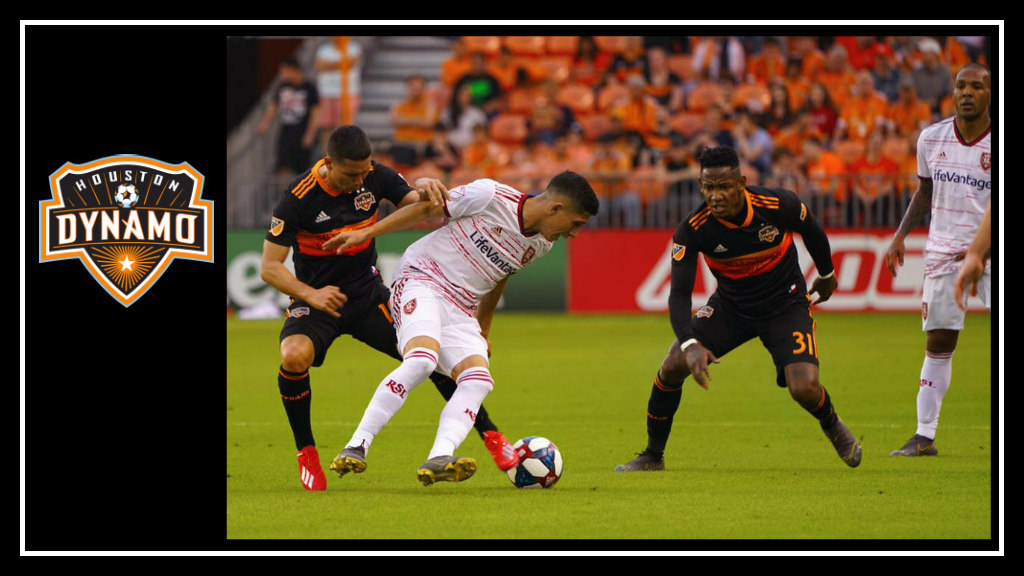 Since my family’s first MLS Opening Day, we have latched on to the term “DynamOpening Day” for this annual holiday. For us, it’s bigger than Christmas and certainly comes with all of the stress, anticipation, spending and celebrating of that occasion.

It seems that 2019 is a year of true awakening for the Houston Dynamo community. The off-season change in management has sparked new and exciting action in many different areas of the club, the fan base and the overall experience. We have seen more updates to the stadium experience than in years past. One of the supporters groups, El Batallon, released an album of their chants in order to help fans learn the songs and sing along.

I joined MLSFemale due to my own interest in promoting the club to a wider audience, which brings you this article today! I feel like our family holiday is also finding a wider audience, and I can’t wait to watch it grow in popularity around my community.

While I cannot say that #DynamOpeningDay didn’t come with a share of disappointments, there is simply nothing like the feeling that I have when I get to BBVA Compass Stadium for the first match of the MLS season. Even the weather respected the importance of the day when an unseasonably long and heavy cloud cover opened, bringing more sunshine than I expected to see over our tailgate.

One of my favorite parts of the supporters section experience is lifting the large flag after each goal. You can see the view from the rest of the stadium in my Twitter header…but the best view is from beneath, in my opinion.

Our play against Real Salt Lake was definitely rough, with fouls flying from both ends. When an early barrage of yellow cards went to RSL, I thought that we might have an uncharacteristically friendly referee. Later calls, including a second yellow card to Matias Vera, left us with the familiar suspicion that the Dynamo fight a pair of opponents on the pitch. Fans were most upset by the Boniek Garcia goal called offside in minute 76—all ticket holders in the stadium could have gone home with a $40 gift card from 76 gas stations had the call gone the other way.

We did not go home empty-handed, however. The Dynamo came back from a deficit to finish the match tied at 1-1, so we take a point into the rest of the season.

#MLSIsBack, but our eyes turn again to the CONCACAF Champions League where we face competition favorite Tigres UANL on Tuesday, March 5. We will tackle MLS again when we face the Montreal Impact a few short days later on March 9.