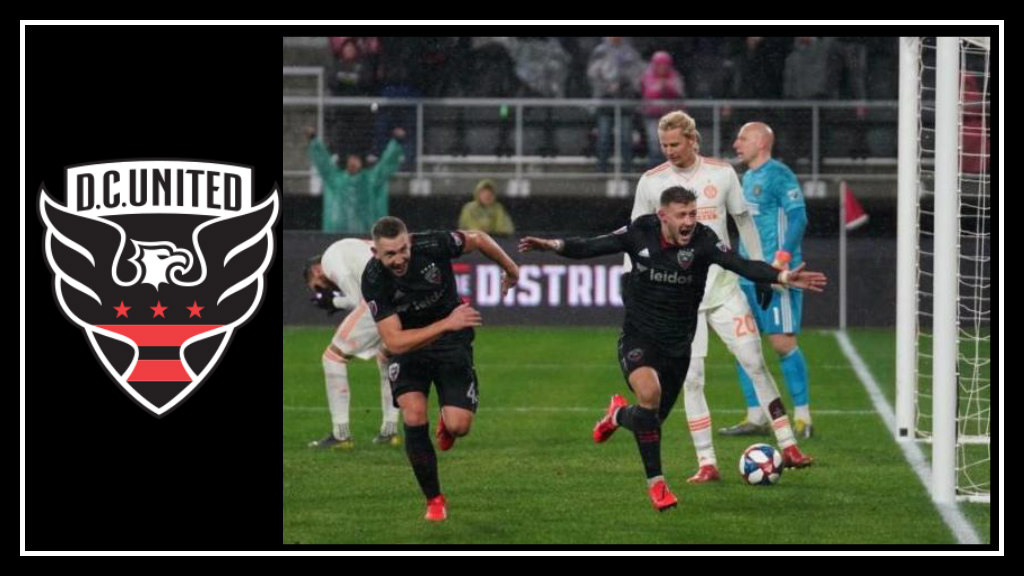 D.C. United did not hold back during their home opener against reigning MLS Cup Champion Atlanta United. Temperatures hovered in the balmy 30s and freezing rain pelted Audi Field, turning it into a veritable slip-and-slide where players from both teams took repeated tumbles.

With the inclement weather, one would expect a slower pace, however, the matchup between D.C. United and Atlanta was incredibly physical from the start. After disappointing results at the end of the preseason against Philadelphia and Montreal, D.C. gave us a reminder of who they are tonight; a team that is tenacious and determined.

D.C. United’s starting lineup was no surprise to longtime followers of the team and included new signings Leonardo Jara (#29) and Lucas Rodriguez (#11). Both Jara and Rodriguez put in solid performances during the match and seem to have started settling in well with the DC United squad.

Although D.C. had possession less than half of the time (43.7%) in the first half, they were able to create a staggering 11 chances on goal. Paul Arriola’s (#7) 45+1’ minute goal capitalized on the chances the Black-and-Red created and placed DC United in the lead. Atlanta United was only able to create three chances during the first half, none of which materialized into a point on the scoreboard.

D.C. returned to the second half strong, with another goal scored in the 58th minute by Luciano Acosta (#10), assisted by Lucas Rodriguez (#11) in his first MLS assist. D.C. finished out the match by shutting out Atlanta 2-0. This match marks the first season opener since 2015 that the Black-and-Red have won.

D.C. United Head Coach Ben Olsen, “was really pleased with the performance overall,” and said the “timing of the goals were big.” Olsen was quick to touch on the difficult schedule that Atlanta has and the fatigue the team must be experiencing. He said, “although it was a really good performance and a mature performance from us, you have to take it with a little grain of salt with the schedule they’ve had. Maybe we didn’t get their best punch.” Olsen wished Atlanta the best of luck with their upcoming CCL match this week.

D.C. United certainly benefitted during the match from Atlanta United’s fatigue due to their heavy schedule with CCL and MLS matches. Internal changes to Atlanta’s structure also were a welcome boon to D.C. such as the loss of Miguel Almiron to Newcastle and the new leadership of Head Coach Frank de Boer.

De Boer spent much of his career under Louis van Gaal and his loaded resume includes numerous titles and time at Ajax, Barcelona, and the Dutch National Team. However, it may take Atlanta’s players some time to get used to de Boer’s more conservative style after being accustomed to former Head Coach ‘Tata’ Martino’s looser, attack-focused style.

D.C. United was able to exploit the myriad of factors contributing to Atlanta United’s lackluster performance at Audi Field. Ben Olsen said, “in this league [MLS], you have to take advantage of those days, and I think we did that for most of the night.”

D.C United is now in possession of their first three points of the season, with their next match played away against New York City FC on Sunday, March 10th.