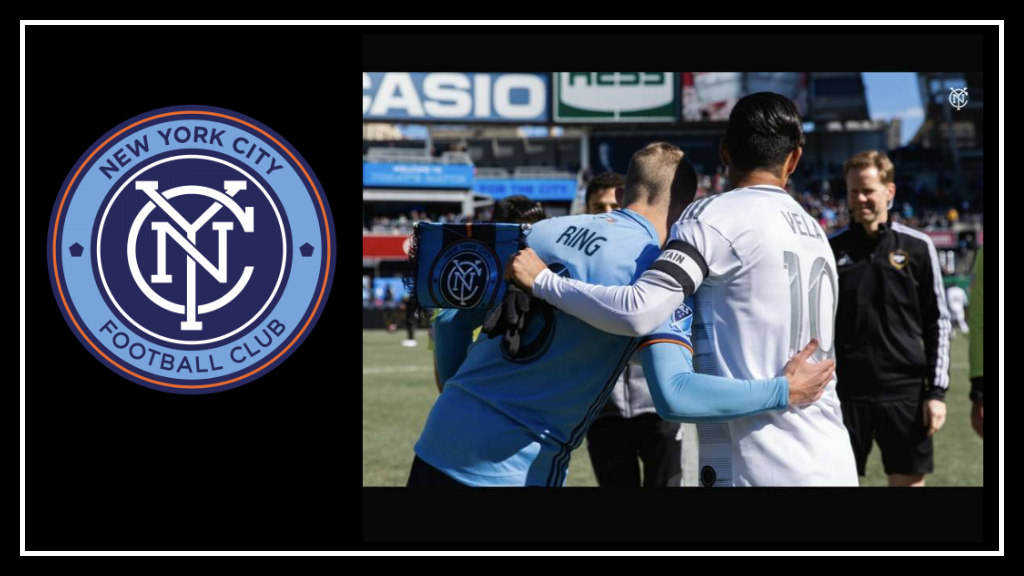 New York City Football Club hosted Los Angeles Football Club for a St Patrick’s day party in the Bronx on Sunday.  This year with no resident “Saint Patrick” Vieira to sprinkle the team with luck, City ended up adding another game to its winless streak.  The match had some highs and lows, with most intensity, pace, accuracy and attacking precision shown in the first half, but frustratingly, it did end as another draw.

NYCFC built some tight sequences in the midfield which created multiple opportunities. City maintained nearly 70% of the first half possession but the defensive mistakes cost them big.

New Designated Player Alexandru Mitrita scored his first goal of the season at 39′, but four minutes later LAFC’s Latif Blessing easily jumped on an NYC mistake and fed a perfect pass to Vela, who buried the ball into the goal.  NY once again took the lead in the second half when Ben Sweat found Alex Ring in front of the goal at 62′ and set him up for a hammer of a volley.  Both of New York’s goals being scored from the left side of the goal.

Exciting for many fans was that Ronald Matarrita started the game at left back.  Matarrita’s energy, pace and attacking mindset was definitely a welcome addition to the team chemistry.  There was much more pep in the step of the team from the get-go of the game.  The energy in the stadium, particularly between the dueling supporter groups seemed to have been fueling City’s players.

Fortunately for NYCFC, LAFC was not playing with their full squad as Lee Nguyen, Alejandro Guido, Steven Betashour, Phillip Ejimadu and Rodolfo Zelaya were on the injured list.

Latif Blessing, who is known as the ultimate super sub who can play vitally any position and generally revitalizes the team when he comes off the bench, started and played the full game.  It was Blessing who found Vela to kick off LA’s first fruitful counterattack to tie up the game in the first half.  It was Blessing who was fouled by Sweat in the box to earn LA a game-tying PK.   So although Sweat did assist Ring in NY’s second goal, he was a mixed blessing.

In honor of our respective cities and their awards show history,  I’m handing out awards:

For playing cool, calm and collected, and yet not cocky, I bestow my first official Triple C award to James Sands.  The teenager once again showed depth, maturity and grit.

Because he’s just that good and gives off the vibe that he’s having a blast on the pitch, the honorary Marcelo award goes to Carlos Vela.

Best visiting supporters group energy, enthusiasm and etiquette goes to LAFC’s 3252 who not only were the loudest we’ve ever had, particularly from across the continent but they also followed up with a thank you post on NYCFC’s reddit account for the great time.  See, there’s the silver lining to a draw.  Nobody’s angry.

🙌 @NYCFC fans showing love to the @LAFC3252 for coming out this weekend!

The Sleek Award goes to the LAFC’s silver and white kit. What a perfectly appropriate away kit that is flattering, simple and makes good use of metallics.

NYCFC’s next match is Friday 3/29 in Toronto.

Featured and all images: @NYCFC