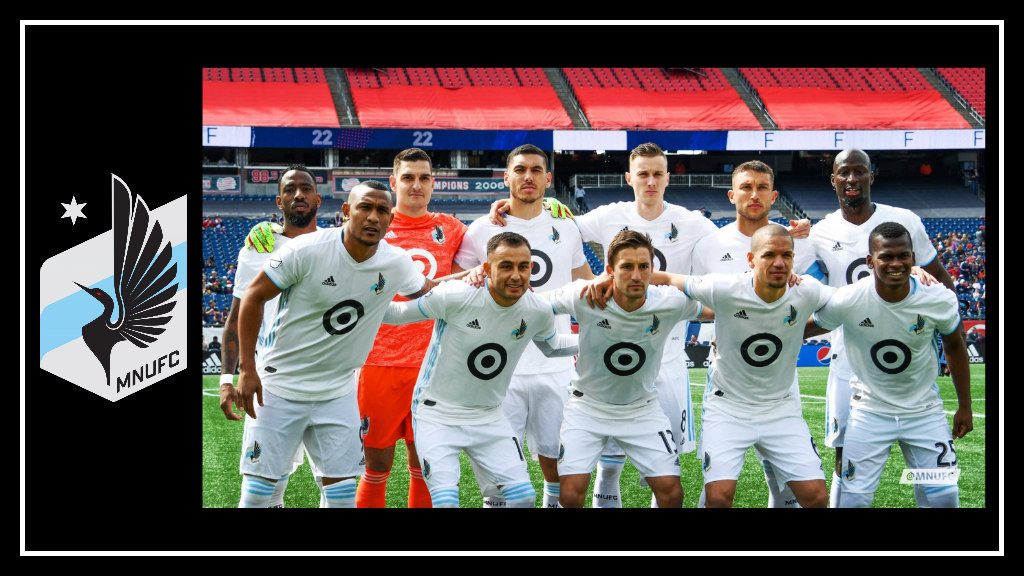 Throughout its first two years in MLS, Minnesota United FC was a terrific matchup for a struggling team. The Loons’ perennial road woes were a gift to any team looking to turn around a losing streak or get a boost of confidence at home. After going 2-1-0 on the road, the Loons returned from the international break expecting their own rebound of sorts in New England, the scene of a catastrophic start for the Revolution.

Rather than get their own boost of confidence over a ramshackle squad, however, the Loons served up yet another comeback for an opponent. I cannot help but think of a scene from a movie full of people facing adversity of all kinds. From Annapolis (pulled from IMDB):

Twins : You want to know why I stay in this room?

Twins : Cause Jake, you’re my Mississippi.

Jake Huard : I’m your what?

Twins : People who live in Arkansas, you know what their favorite state is?

Twins : Mississippi. Cause Mississippi’s the only thing that keeps Arkansas from being the worst state in the whole country.

Twins : Well you sure as hell ain’t California.[…] That’s why I stay in this room Jake. Cause if Mississippi quits, then all of a sudden Arkansas is the worst state in the whole country.

Minnesota United is certainly less of a Mississippi so far this season, having earned more points in four road games than the team earned on the road all last season. But the fact that this trend continues still stings.

Some huge defensive glitches in the box cost Minnesota the game, most notably when the backline and even ‘keeper Vito Mannone disregarded the man on the back post (Jalil Anibaba) before ten minutes was up and when captain Francisco Calvo got lost outside the box. Those mistakes led to some pretty New England goals.

But there were also some great moments, like midfielder Ethan Finlay getting his first start since his ACL tear last April and making an impact from start to substitution. DP/Striker Angelo Rodriguez also made his first start and succeeded in a few hold-up plays that gave Darwin Quintero chances to find space and take shots. Despite Quintero’s penalty being United’s only goal, the stats show improvement.

The Loons drew five offside calls on Saturday afternoon, more than they drew from the previous three matches combined. They put plenty of pressure on the struggling home side and by all accounts should have taken at least a point. Did you know that one offside is equal to a glimmer of hope? In fact, Calvo would have given his side a shot of life early on if not for the crossbar (and the offside rule) when put his head on a Jan Gregus corner.

So the Loons come home empty handed, but another Minnesota club is incredibly happy this weekend:

Minnesota could have drafted the Minneapolis City SC alum, but instead he became a hero in New England with a little help from the Loons. And with an assist from Teal Bunbury. A Minnesota native.

How awesome is that?

The Loons play one more on the road against the New York Red Bulls before coming home to Allianz Field. One more match to prove they’re not Mississippi to every Arkansas in the league.