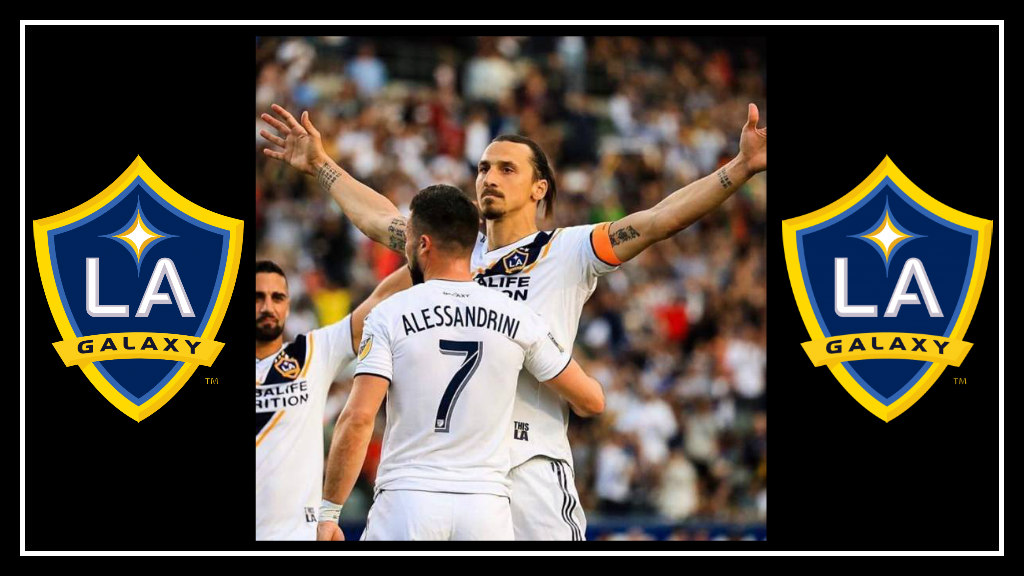 This was a different team that showed up on this ZLAtanversary. One year ago on March 31, The Galaxy came back from a 3-0 deficit to defeat LAFC in the first installment of El Tráfico. Zlatan Ibrahimovic made his debut, scoring both the equalizer and winning goal.

The Lion scored two goals this night as well—this time against a struggling Portland team, who showed up with something to prove, since they were finalists for the 2018 MLS Cup. This match, they did themselves in by tripping Zlatan on two different occasions in the box, resulting in penalties that, of course, Zlatan converted. The Timbers did score a goal in the first half and had chances late near the end of the match.

So far this season, The Galaxy are playing better as a team. Still, the defense needs improvement. Jonathan Dos Santos was often playing defense. Rolf Feltscher was virtually non-existent. Diego Polenta is running out of excuses. Why leave Dave Romney on the bench when you could use him in Daniel Steres’ place?

The midfield worked well with JDS, Sebastian Lletget, and Joe Corona. But, Portland did good to concede the wings and slow their attack, which is why crosses into the box didn’t work. That said, Portland’s top players Valeri and Blanco were silenced. The Galaxy didn’t allow dangerous possession. Their only mistake was allowing one goal in the 44’, which I blame on Bingham for not staying in net and letting the defense do their job. He trusts them more now than when Mike Ciani played. One fan observed that Skjelvik pulled Polenta out of position by not staying wide. Bingham should’ve manned his post,

I wanted the Galaxy to do more to score on their own. They certainly had chances, but couldn’t finish in front of net, the balls going over the net, and the only shots on target being the penalties, because Portland didn’t allow otherwise.

It didn’t help that the strategy seemed to be to service the ball to Zlatan. Again. When last match they seemed to figure out how to slide Antuna into that spot. They showed they can do 20 or more passes and techniques to play it on the ground. Ibrahimovic needs to be freed up more and the rest of the team needs to be a scoring threat. Hopefully they, and head coach Guillermo Barros Schelotto, will figure it out soon.

Schelotto is doing great with what he has, but he needs a striker who can get Zlatan to grind it out or start in his place when necessary. The Galaxy are in the process of trying to get allocation money so that Giancarlo Gonzalez can join. Maybe with a good center back, Polenta can play better.

LAG had a good offensive start. Jørgen Skjelvik held the ball too long though.

Zlatan Ibrahimovic had a shot that hit off the bottom of the post in the 14’.

Ibrahimovic wanted to and almost scored a hat trick near the end of the match, but blamed a bad pass also from #16 for not being able to score.

He played over 90 minutes. It’s incredible to bounce back from an Achilles injury, especially at 37 years old, but this also could’ve ended his season; which makes one wonder why he should play the full time. There’s a short turn around before the next match on turf in Vancouver, which “G9D” has said he’s got no problem playing on now. So maybe he comes off the bench and plays 65 minutes with Chris Pontius coming in.

We’ll see how our Los Angeles Galaxy take on the next challenge this coming Saturday, April 5, play the Whitecaps at 7PM PST.