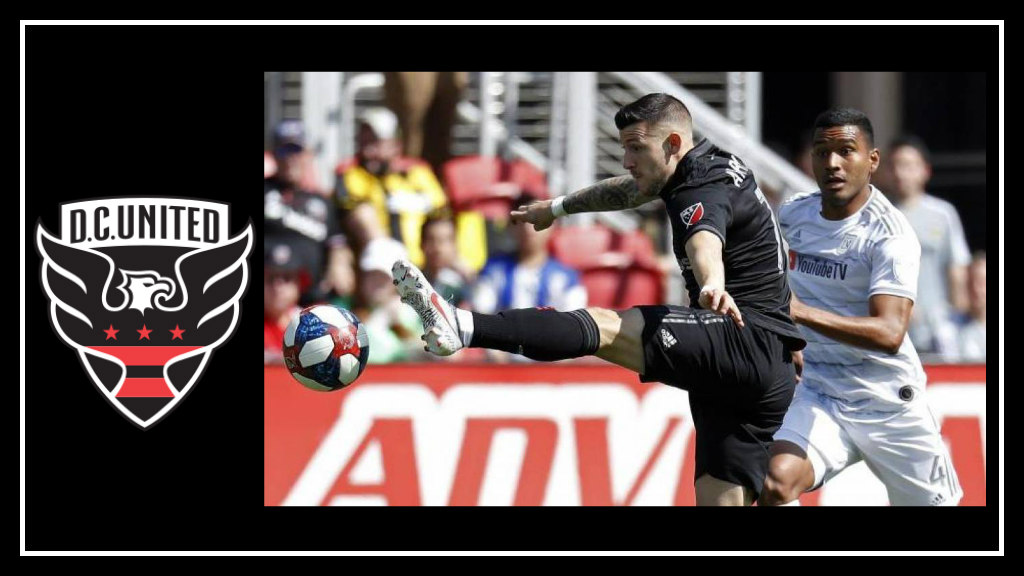 Saturday’s sellout D.C. United vs. Los Angeles FC match at Audi Field began on a high note. Perfect weather, legend Jamie Moreno joining another 20,600 fans in the stands, and the supporter’s groups chanting their hearts out set the stage for what Black-and Red fans hoped would be a victorious home match.

The matchup between the two top teams in MLS, and the dramatic face off between their star Captains had been widely anticipated. D.C.’s Captain Wayne Rooney and LAFC’s Captain Carlos Vela are two players with long records of success both before and in MLS. Everyone was wondering what would happen when they collided on the pitch.

Something felt off, but D.C. held their own against LAFC, at first. Unfortunately, Leonardo Jara took a ball to the arm while down on the pitch that resulted in a PK. D.C. United goalkeeper Bill Hamid made a beautifully difficult save against LAFC Captain (and star) Carlos Vela.

The optimism generated by Hamid’s save evaporated moments later when Vela put one clean in the back of the net. LAFC were up 1-0.

Still, D.C. United would have no issue finding an equalizer before halftime, right? Two more goals from LAFC’s Diego Rossi before the 45’ certainly hit morale hard. As forward Quincy Amarikwa said, “That was the first time we got put on our heels in the first half. That’s the first time this year we’ve had to deal with being under fire.”

D.C. United entered the second half down 0-3, and to their credit, they began to play like they were really fighting for a win. Midfielder Paul Arriola reflected on the second half saying, “We had nothing to lose at that point. I mean, 3-0, what are you going to do? You just go out there and you show the fans why they should be fans of D.C. United.”

Some would say the Black-and-Red perhaps went a little too hard in the second half, with Captain Wayne Rooney taking a red card in the 51‘ for his challenge of LAFC’s Diego Rossi.

With D.C. United a man down, Rossi then finished the game up beautifully for LAFC with his third goal of the match, completing a hat trick. Even with five minutes of stoppage time added, D.C. United was still unable to score.

While the loss was indeed a bitter pill for D.C. United to swallow, we were left with two very positive takeaways from the match.

D.C. United is an accountable team

Although D.C. put in a performance they were unhappy with, they refused to place blame anywhere but squarely on their own shoulders. No criticism of the referee, the weather, or the other team was heard in the interview room or the locker room post-match. When asked about how D.C. fell short, Head Coach Ben Olsen said, “I look to myself first.”  About his players, Olsen said, “No one quit, no one pointed the finger.”

With no argument after being issued a red card, D.C. Captain Wayne Rooney handed off his armband, apologized to Rossi, and exited the pitch, exhibiting exemplary class and leadership. Rather than vanishing, Rooney waited after the match to speak with the press. He offered no criticism of referee Robert Sibiga, and said he “expected” the call.

There is no doubt about it: When the going gets tough, character counts. The Black-and-Red’s will carry them through even the toughest times this MLS season.

D.C. United certainly has talent. New signings, and starters, Leonardo Jara and Lucas Rodriguez brought some of the most creative and snappy play to the match, especially during the second half. We saw Quincy Amarikwa’s D.C. United debut, and minutes for Chris Durkin and Ulises Segura. The Black-and-Red’s pool of talented players beyond the starting XI will be critical during the long and unpredictable season ahead.

Amarikwa, D.C.’s only other striker, will be one to watch on Tuesday where he is anticipated to fill in for suspended Captain Wayne Rooney. An experienced player, Amarikwa has been with the League since 2009. Post-match, he spoke exclusively to MLSFemale about his role and the example he hopes to set for other players at D.C. United:

“I’m usually one who gets his opportunities when things aren’t going so well… Hopefully I can set a standard for guys to understand that even if you’re not expected to be called upon, you’re ready to go and make a positive impact regardless.”