MNUFC Throws A Tantrum In Toronto 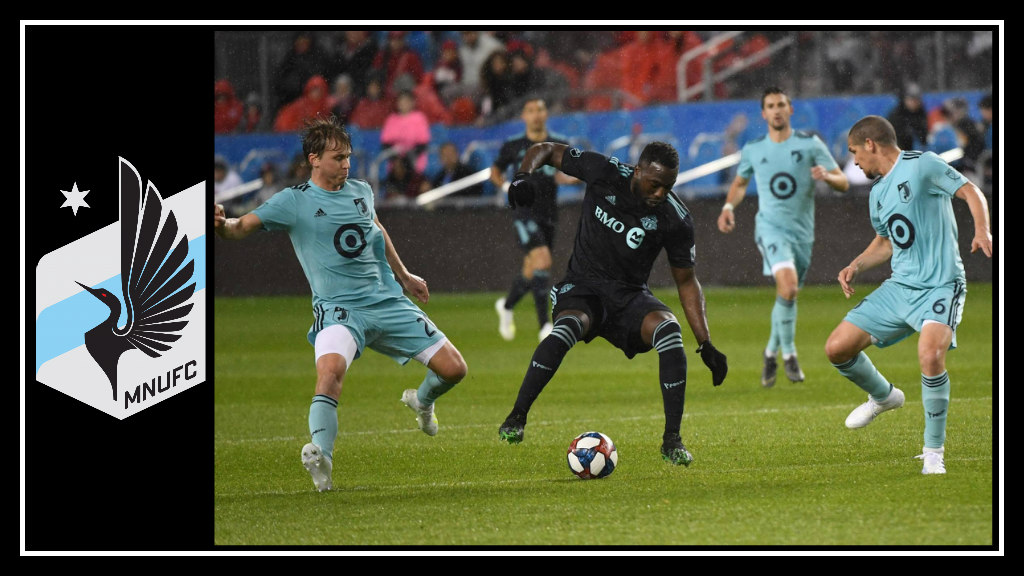 Supporting a team like Minnesota United is always a trip. You experience the highest highs and the lowest lows, with plenty of boredom in between to keep your ego in check. It’s a life of balance. Not a healthy balance, to be sure, but a balance nonetheless. The Loons may fall from height, but never too far, never too hard, and they typically bounce back fairly quickly.

Occasionally though, they crash and burn. Then they dig the hole a little deeper, back up a few steps and, with a running start, dive into that hole, belly-flop on the bottom and throw a tantrum. This is the scenario we witnessed on Friday in Toronto.

United played a level-headed first half, perhaps the cleanest first half we have seen from them on the road since joining MLS. The midfield was well-composed, the backline was incredibly in sync given the circumstances and the attack showed growing chemistry. This was a surprise given the changes in lineup due to some huge absences: Brent Kallman filled in for Ike Opara at centerback, Rasmus Schuller was in for Miguel Ibarra on the wing (swapping sides with Ethan Finlay) and Angelo Rodriguez got another start at forward after ending his goal drought in the Allianz opener.

Toronto led 2-1 at the half, thanks to Alejandro Pozuelo answering Darwin Quintero’s 17th minute goal, not once, but twice, inside of two minutes. The Loons were not as organized in the second half, showing some fatigue on the cold, wet pitch. Despite the conditions Rodriguez found a second goal to draw level with the home side in the 57th minute.

Then, in the 70th, his smart hold-up play in the box drew a foul and Quintero, as always, converted on the penalty. With a 3-2 lead, United just had to be smart about the final twenty minutes: Disrupt Toronto’s attack (especially Pozuelo, who spotted the defensive gaps instantly in the first half) and make opportunistic plays in the final third to cushion their lead.

They did not do any of that. How bad was it? The only video that made it to the club’s twitter feed is Quintero’s first goal in open play in 2019.

A tired and frustrated squad gave up two more goals to Jordan Hamilton who, having come off the bench in the 73rd minute, scored beautiful goals in the 77th and 79th minutes. That neither Hamilton nor Pozuelo bagged a hat trick was a miracle. It was also a miracle that United coach Adrian Heath made not one, but two substitutes in the 82nd minute. It had appeared that he would be content to let his starters dig themselves out of this hole they dug for themselves, or flounder to the final whistle. Rather than bolster the defense, Heath swapped Schuller for Abu Danladi and Finlay for Kevin Molino.

It was great to see Molino make his first appearance since tearing his ACL in Orlando early in the 2018 season. Every body pressed forward in a desperate attempt to find, at the very least, an equalizer. Toronto, however, returned pressure just as adamantly and the game got a little…. Intense?

Defensive midfielder Jan Gregus, a little tired of being kicked around in his own third, made a hard challenge on Pozuelo which earned him a red card in the 89th minute. Rather than rally his men going into stoppage time, Loons’ captain, Francisco Calvo, made some questionable jabs of his own, earning a yellow card in the 90th minute.

Was that enough to cool him down or convince Heath to make a third substitution? Of course not. Calvo struck out at Auro seconds later. Another yellow. Another man ejected. El Capitan.

He had no words for his squad as he tore off the armband. He simply stalked off the pitch, leaving his teammates to wallow in the final few minutes of added time.

After the final whistle, Kallman stood on the pitch scratching his head while the remaining eight men rehashed the game with the winning side and the coaching staff. He looked shell shocked by the evening’s events. After a remarkably successful start on the road, the Loons crashed and burned Friday night, blowing a 3-2 lead and cancelling out a decent 45 minutes of football.

“It’s really disappointing. We fought and worked so hard to get back into the game. Not only do they get the equalizer but they take the lead,” said Kallman. “To give it away like that is not fun. We got to be better and we got to do a better job of being professional to close out the game. That’s not acceptable.”

It is not acceptable from any player. But from a captain who vocally demands respect from the league? Who has had very few glowing performances to redeem his errors? It’s downright shameful and embarrassing.

Joining #HeathOut in the Minnesota Soccer Twitter lexicon is #CalvoOut. Some well-known names in the soccer community have not been shy this weekend about their hopes that he is made to earn the armband back over a very long period, that others are given a chance to lead, not just in name but by example.

But in reality, it is quite likely that after sitting out Wednesday’s match, Calvo will return to the lineup next weekend, armband and all.

The exhausted, shorthanded Minnesota backline returns to Allianz Field to fend off Zlatan & Co on Wednesday and then Rooney and another United on Sunday. With any luck, the Bat Signal will shine over the Midway and Quintero and Rodriguez will light up the night.

Or, hear me out here, we all just go down to Valleyfair and ride the Wild Thing. That coaster tends to get stuck in the high spots.