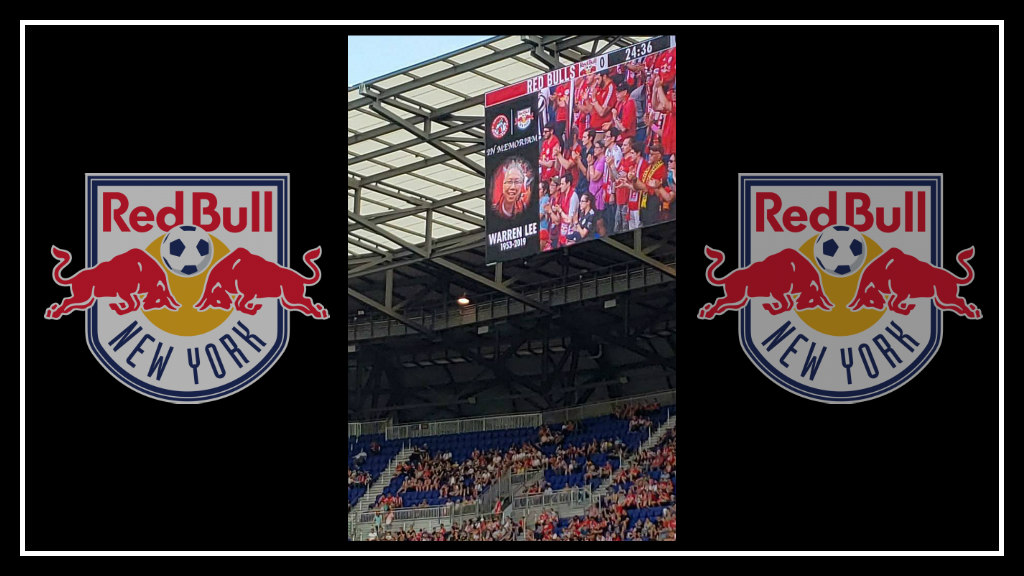 This may come as a shock to you: Soccer reporting is only a small part of my life. Outside of this, I’m your quasi-typical soccer mom. And quite frankly, the weather has really been cramping my style lately. So when I saw the weather forecast for Sunday, I didn’t hold back:

But it all worked out. My sons had their regularly scheduled games. I was able to go to Red Bull Arena to watch the New York Red Bulls face Atlanta United. The promised thunderstorm politely waited until I was home safe that night.

You would always win, always win: Against the expansion team, RBNY has usually done well. Their tendency to falter in away legs– something they haven’t completely overcome– did them in during the 2018 playoffs. But Atlanta has never scored on them in Red Bull Arena. Something something fortress. I’ll let it slide.

And I threw us into the flames: The first half was mostly a whole bunch of nothing. Both teams were clearly determined to get out in front, which moved the game much like a tennis match. But in the 35th minute, Tim Parker received a straight red for a foul on Josef Martinez. Having already lost Aaron Long to injury, this match was shaping up to be a daunting task. But the team gave a collective, “hold my electrolyte squeeze bottle.”

And as it fell, you rose to claim it:  Tom Barlow, bright-eyed and full of promise. A midwestern collegian and SuperDraft pick. A powerhouse for the USL squad who had made the big time. His second outing, his third touch of the night. Substitute Sean Nealis supplied the ball to Danny Royer, who sent the ball across the face of the goal. A header that bobbled past Brad Guzan. Yes, *that* Brad Guzan. The only goal of the night, which led to Barlow being named Man of the Match.

But there’s a side to you:  Of course this match was touted as an opportunity for revenge. Particularly for Kemar Lawrence, who was injured in a match at Mercedes-Benz Arena and had to be taken to the hospital. Then a knee injury kept him out of the playoff series that Atlanta won on their way to the MLS Cup. The flu kept him sidelined for a few matches this year, and the team felt the absence more often than not. So nothing was going to hold him down in this matchup. I’ve spoken to Lawrence in the past, and he is, as they say across the pond, “cool as you like.” But he was all fired up as the game ended!

Is it the most sporting thing to do? Maybe not. But no one was hurt, and fans can have an appreciation for the passion. No one was penalized, so it clearly wasn’t that big of a deal. Now the team prepares for a midweek bout against former teammate Felipe Martins and the Vancouver Whitecaps.

You and me together nothing gets better: Also….the morning of the match, I had to drive my oldest son to his game. He just turned 15. While his team lost 5-1, he at least scored the one goal for his side. And the next night his team advanced to the semi-finals of the MCYSA League Cup.

(P.S. If you ask nicely– and buy me a drink– I’ll sing this for you at Karaoke night)