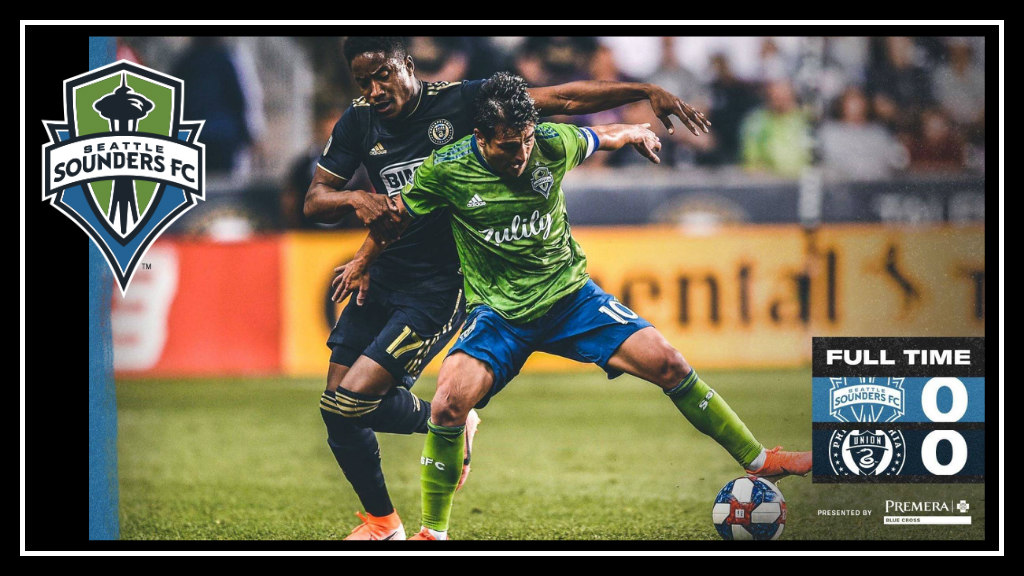 After only two days rest and a cross-country flight, the Seattle Sounders gritted through a tough 0-0 tie in Chester, Pennsylvania against the Philadelphia Union, earning them 7 points in 7 days.

Heavily rotated, the Sounders came in to the game vs the Union with a 5-3-1 formation, an unusual look for the Rave Green. The lineup included 3 center backs, Kim Kee-Hee, Roman Torres and Jonathan Campbell, and two wingbacks in Nouhou and Saad Abdul-Salaam. The Broldans (Alex and Cristian Roldan) made up the 3-man midfield with Jordy Delem and Nicolas Lodeiro sat behind Will Bruin offensively.

The modified lineup resulted in very little offensive threats, producing only 6 shots on the night. However, the parking of the defensive bus did help Seattle maintain a clean sheet, their fifth of the season.

Alex Roldan and Jonathan Campbell both made their first start of the regular season, each putting in decent performances, especially Campbell who helped take some of the pressure off Kim and Torres who have both played extended minutes lately.

While Raul Ruidiaz, Kelvin Leerdam and Brad Smith all made the bench of the 18 man lineup, Jordan Morris, Victor Rodriguez and Chad Marshall did not travel to Philadelphia and their timetables for return have not been specified by the club. While the signings of Joevin Jones and Xavier Arreaga will help fill the void of Rodiguez and Marshall, neither will be available to the Sounders until mid-July due to international call-ups.

The Sounders travel next to Sporting Kansas City on Sunday, May 26th. While Sporting has been battling their own depth issues lately, the KC Cauldron has statistically not been a location of success for the Sounders.

After that match, the Sounders head in to another double game week with two road games at FC Dallas Saturday, June 1st and the Montreal Impact Wednesday, June 5th. Morris, Torres and Cristian Roldan will all be absent from both road games while Ruidiaz, Lodeiro and Delem will miss the Montreal match.

This will leave the Sounders missing 6 of their regular starters vs Montreal before taking a welcome break until June 29th at home against the Whitecaps.