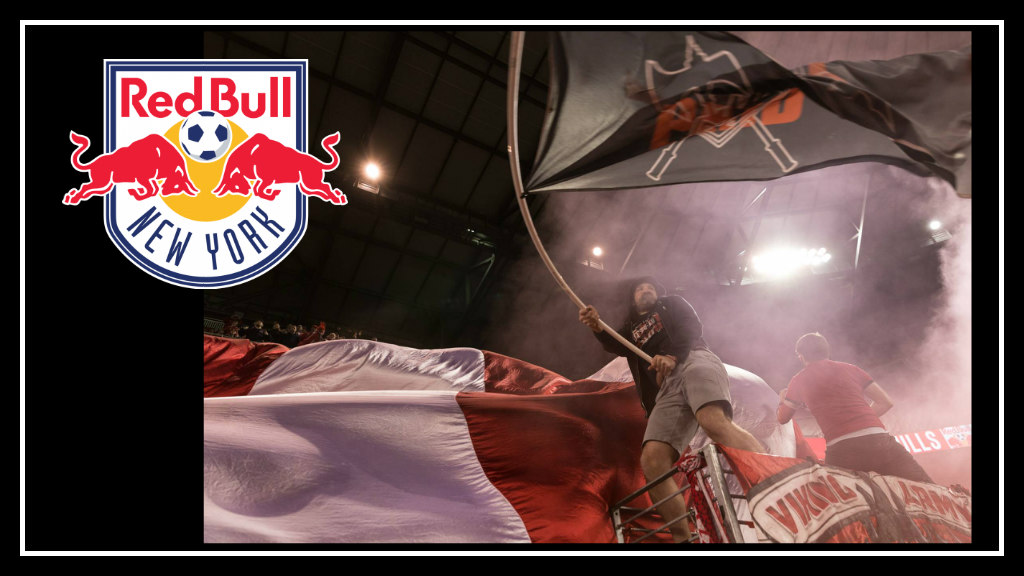 Who doesn’t love a midweek non-conference match-up that runs right up against evening rush hour?

Okay, maybe not a lot of people. But I made the effort to see the New York Red Bulls take on the Vancouver Whitecaps. I just love me some “O Canada!”

Thank you all #RBNY FANS for the love and respect showed. I will always remember and have so much respect for everything you all done for me. ..after a tough week it’s a great 2 points on the road! now a quick turn around see you in 3 days at home WELL DONE BOY 💪🏼

And he was there, smiling and waving to fans who have never stopped loving him. Even though he tried to do to the Red Bulls what he had done for them not too long ago.

It seems a little time is needed: I am leery of any sport that adults can play with a quick turnaround, even multiple games in one day (I’m looking at you, baseball…). So it’s important to point out that a midweek game sandwiched between a Sunday match and a Saturday match is pretty rough. Not to worry! says the coaching staff. The “next man up” mentality is vital to the Red Bulls and their pressing play, so they tried something different. While there is no such thing as an unimportant game, this was a chance for Chris Armas to show what could be accomplished in an unusual situation.

Decisions to be made: No Parker- no problem. Sean Nealis went in after Tim Parker was sent off Sunday, so bringing him in for Parker’s suspension made total sense. Aaron Long still smarting from a hamstring pull? Amro Tarek will do just fine. Kemar Lawrence and Michael Murillo need a rest? Bring in Connor Lade and Kyle Duncan. When you want to give some time off to Sean Davis, look no further than Alex Muyl, utility player extraordinaire. Brian White and Derrick Etienne, Jr. got in a much-needed shift up top, especially as Etienne heads to the Gold Cup for the Haitian national team. But no one in the starting lineup was any sort of stranger to the pitch. This could have been a joyride.

The best of plans mislaid: Literally ANY time a team thinks that this should be easy is when it’s not. A massive counterattack just before the half-hour mark put the Whitecaps ahead, with Scott Sutter scoring the opening goal.

I'm really not worried. The way they're playing they should get it back. #RBNY

In an old familiar way: And get it back, they did. Tarek and White got their heads on a ball to level the match before halftime. White also crossed the ball early in the second half that Vancouver defender Andy Rose got a foot on before going into the net. I’m a generally positive person, so I would prefer to call it a brace for Brian White rather than an own goal. I’m also not a statistician, so I don’t have to be all that accurate.

And so the conversation turned: Reminiscent of the matchup against Sporting Kansas City, the Red Bulls ended up tying when they really could have won. The ball grazed Nealis’s arm in the box– and here’s my first time actually saying this for this season– and ENTER VAR. Vancouver was awarded a kick from the spot, which Fredy Montero converted to bring the game level again. Although Armas brought out some trustworthy attackers like Davis and Daniel Royer, as well as Tom Barlow, nothing found the back of the net for the remainder of the match.

So yeah– it’s a draw that feels a little like a loss. But maybe it was worth the stumble. We’ll see who and what the team has to offer Saturday, when they head out to Ohio to face FC Cincinnati (which I know how to spell now). RBNY scraped out a win their last meeting this season, so hopefully they can keep their fans feeling fascination.