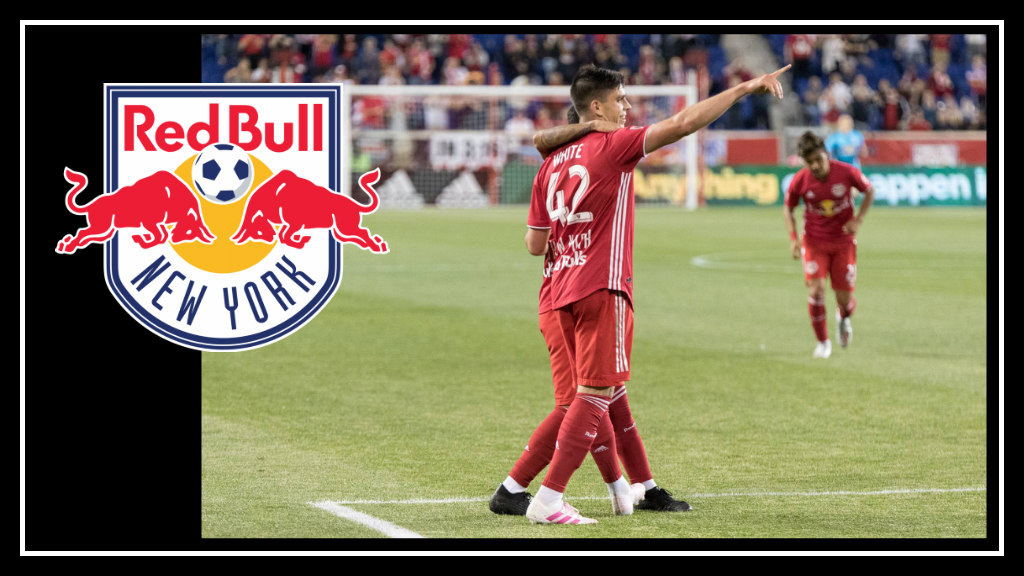 It’s Memorial Day weekend! The unofficial start of summer. And there is so much soccer to be had in the coming weeks. While I’m waiting for the match to start, I wanted to take some time to reflect on RBNY-adjacent information.

I sit around trying to smile: Legendary striker Bradley Wright-Phillips has been out for most of the season so far with a groin injury. I had that problem once, and while I most likely wasn’t anywhere near as athletic at the time as BWP is now, I can tell you it’s a tricky thing. You think you’re okay, so you try to get back to normal and you end up back where you started. So, while I can’t say with any certainty that this is what’s keeping him out of the gameday rosters, it would be totally understandable.

And the team is still afloat despite his absence:

Leaving me here on my own: Six players have been called to international duty: Aaron Long & Kyle Duncan*, USA; Kemar Lawrence, Jamaica; Alejandro Romero Gamarra, Paraguay; Derrick Etienne, Jr., Haiti; and Michael Amir Murillo, Panama. That’s… a lot of RBNY defenders. Tim Parker, Amro Tarek, Sean Nealis, and Connor Lade will have to stay healthy and focused. I wouldn’t be surprised to see Alex Muyl return to the back line as necessary.

*Duncan could be held back by the team, but I don’t think that will happen.

The city is crowded: Now on to the match… I’m not alone in saying that I am very happy to see Cincinnati in MLS. The stadium was hopping, and so was the ball. Seriously– control was very difficult with the artificial surface. But it looked like a good time in the crowd. The Orange and Blue was prominent and the fans were plenty loud.

You found yourself: And it’s a good thing something was entertaining in the stadium, because the on-field action was mostly a huge yawn. For over seventy minutes, RBNY were unable to even get a shot on target. It took some clever substitutions from Chris Armas to turn things around. Alejandro “Kakú” Romero Gamarra scored in the 78th, and Brian White assisted Omir Fernandez to a goal in the 91st. All three of those players came off the bench. I mean… that’s just amazing. It’s like they pulled the win out of…. ahem– thin air.

It’s too hot to handle: Nineteen goals on the season; fifteen different goalscorers. The Red Bulls leapfrogged into third place in the Eastern Conference. It wasn’t long ago they were languishing in the basement. Like, I think it was last week. MLS is a fickle mistress, and we’re just along for the ride. Let’s hope the Red Bulls can keep this from being a cruel summer.