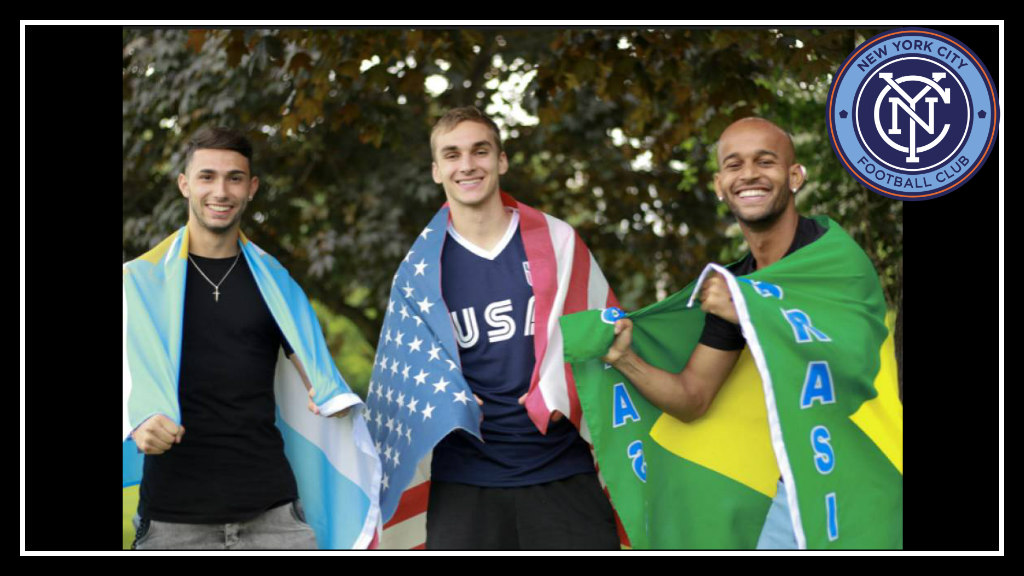 The 2019 World Cup is under way across France and the players of New York City Football Club are here for it. Here’s how some of the team will be supporting their favorite national team and checking out the matches:

He will most likely watch the majority of the games from the comfort of his couch and if he gets an urge to grab some of his favorite Nigerian foods, he “can easily find them in New York”.

Native New Yorker James Sands is supporting the United States. He too is a fan of Carli Lloyd and plans to watch the matches at home with his family. Sands’ favorite game day snack? Chips and Salsa.
And who does he think are the toughest teams in the tournament? “France and the USA”

Taty Castellanos will be cheering for Team Argentina from his home in New York. His favorite Argentine dishes are Asados or Milanesas con pure, which can be found in select Argentine restaurants in the city.  Castellanos likes Argentina’s chances to take home the Cup.

Goalkeeper Brad Stuver is a fan of Team USA. He too enjoys watching the games from the comfort of his couch, possibly while indulging in his favorite game day “watching sports” snack of chicken wings. His favorite player in the tournament? Tobin Heath.
Stuver predicts a battle between France and the US in the quarterfinals.

All images are by  Tisha Gale  and are part of her photo project “For Club and Country”. For more photos from this shoot, check out: Summer of Soccer, For Club & Country.