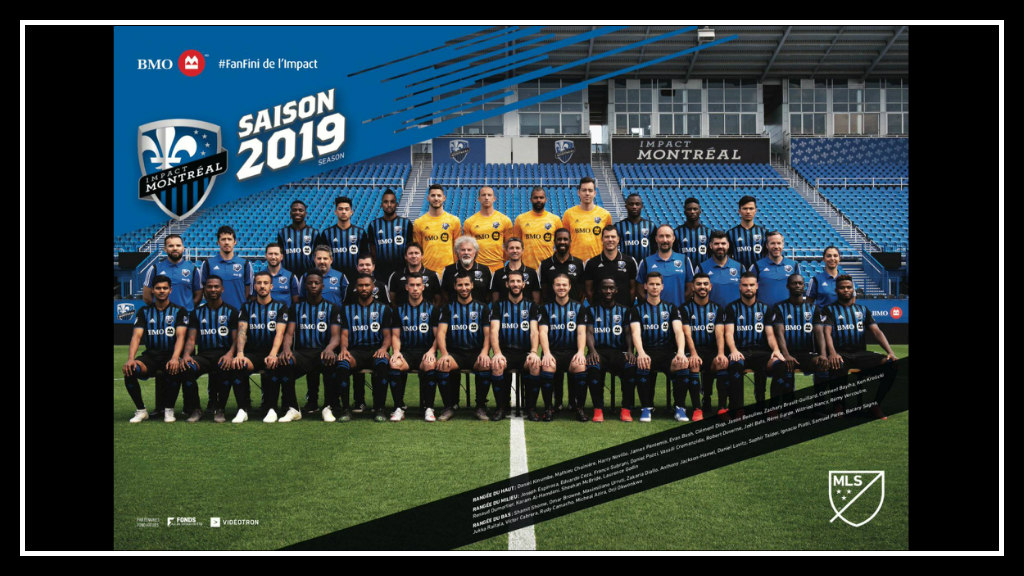 As many of you may not know, I’m a teacher by day. Here in the Great White North, we have reached the end of the school year, so it’s time to hand out report cards to the kids before I can kick back and spend my summer at Stade Saputo.

The spirit of the season has inspired me to give a report card to the team at this halfway point in the the season. In lieu of giving individual grades, players will be divided into 3 categories: Exceeding Expectations, Making the Grade, More Effort Required. Players who have featured in fewer than 5 matches/500 minutes will be exempt from grading as there is an insufficient body of work to assess due to excessive absence. (#teachertalk).

Samuel Piette — I doubt the Bulldog from Repentigny expected to become the de facto captain for the Impact in Nacho Piatti’s extended absence. However, he has represented everything a team captain should embody: strong work ethic, leaving it all on the pitch, keeping a cool head, and being a shining ambassador for the club.

Zakaria Diallo — The central defender had spent the entirety of the 2018 season sidelined by a torn ACL, so expectations for him may have been as simple as “stay healthy.” He has done just that and his aerial prowess has proven crucial as the Impact defend set pieces.

Omar Browne — This shock signing screamed of desperation as Piatti disappeared from the lineup. Coming seemingly out of nowhere, many wondered if he was even worth the International Spot the Impact had to buy to sign Browne. We only had a very small sample size to base his performances on before coming to the team, but his contributions, especially in a sterile offense, have been a breath of fresh air.

Shamit Shome — What a surprise Shome’s rise to Starting XI status has been this season! Signed as a 2017 second-round Superdraft pick, Shome had largely been ignored by 2 Impact coaches until April. The injury-ravaged squad allowed him a series of starts, which the central midfield seized with aplomb. His vision for a pass makes up for a lack of pure technique.

Zachary Brault-Guillard — Get out your chequebook, Joey Saputo! The Lyon loanee is a modern fullback in every sense of the word. Fast, young, hungry, keen to contribute to the attacking phase of play, ZBG has been a more than adequate backup to Sagna, from whom he is undoubtedly learning a great deal.

Saphir Taïder — The Algerian DP can be the best player on the pitch, or he can be a hindrance to the team. Taïder lacks the consistency he played with last season, and continued to play through an injury for several weeks. The team’s final match before the Gold Cup break, a 2-1 win over Seattle Sounders, where he scored both goals, was probably Taïder’s best performance of the season. Here’s hoping the break allows him the rest and recovery to return to his best self.

Victor Cabrera — Cabrera has made a regular return to the starting XI this season alongside Diallo. He is still known for the risky tackles. When they pay off, he looks like an All-Star player. When they don’t, his teammates are left in hot water. Maybe it’s a different pairing, maybe it’s just luck, but Cabrera has acquitted himself admirably thus far.

Micheal Azira — Having been bumped from the starting XI by Shome’s more offensive qualities, Azira has proven to be a serviceable, if unremarkable, substitute/rotation player.

Orji Okwonkwo — It remains to be seen if Okwonkwo is best suited to a winger or a central striker role, as the team’s needs have kept him on the wings for the beginning of the season. Okwonkwo’s technique and speed have impressed so far, but he’s been sidelined a few times by injury, and we’d like to see him stay healthy.

Bacary Sagna — What the veteran lacks in stamina, he makes up for with cool decision making. Having had a revolving door of partners on the right side of the pitch, Sagna has done his best to develop chemistry with whoever he’s paired with. However, he’s been a victim of the travel-heavy start to the condensed season and is out injured.

Jukka Raitala — The Finnish army knife continues to slot in wherever needed. Rarely looking uncomfortable, Raitala does not make showy tackles when simpler work does the trick.

Evan Bush — Bush stood on his head last season, setting a team record for saves, and a personal record for shutouts. He hasn’t been as rock-steady so far, but is still proving his worth as a veteran in the squad.

Harry Novillo — I don’t think much needs to be said here. Novillo was signed on Rémi Garde’s promise that, although he has much ability, his attitude and off-pitch behaviour were what had led Novillo to the Malaysian second division — but he’s changed! Turns out that might not be the case … Frequently injured or ill, Novillo has had little chance to showcase his abilities, and Garde himself has said the player still needs to demonstrate more professionalism.

Maxi Urruti — It seems cruel to classify Urruti as a player who isn’t doing enough. He runs his guts out without fail every match. However, he’s a striker with only one goal this season (a penalty), and who still looks a bit lost in the box. After 2 seasons of toothless strikers, Impact fans are antsy for something more clinical.

Daniel Lovitz — Nicknamed “Marcelovitz” last season, Daniel Lovitz earned his first USMNT call-up in the January camp. Unfortunately, he returned a shadow of the overlapping, attack-minded player we saw previously. He has played a far more conservative game thus far, and seems to have had the confidence drained out of him.

As I always tell concerned parents at our conferences, this is just a progress report, not a definitive grading! There is still plenty of time for the players who have disappointed so far to improve. Here’s hoping that they rise to the challenge!