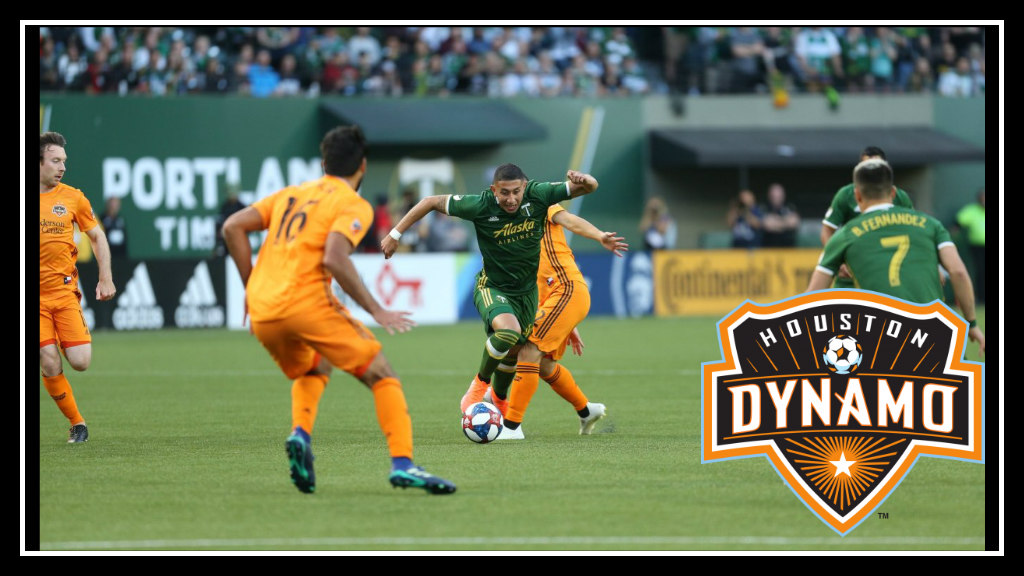 The Dynamo exited the US Open Cup competition last week after a loss to Minnesota. In that match, Houston went into the second half with a 2-0 lead, but their defense faltered in the last half hour. The Loons took advantage, and the Dynamo walked away with a 3-2 loss.

After that disappointment Houston turned their full attention to the MLS season and kicked off a brutal three match, cross-country road series in Portland.

Cabrera’s lineup in Portland left the offensive line untouched but brought back his standard starting defenders – DaMarcus Beasley, AJ DeLaGarza, and Kiki Struna. It was a lineup that has pulled the Dynamo through its best MLS start so far this season, but one that hadn’t been together in orange for almost three weeks.

Despite the break, it seemed that both Cabrera and the offense put a significant amount of trust in this veteran back line, as the entire match seemed to be waiting for them to set the pace with counterattacks.

Portland is a fast team. The Dynamo tried to slow that play down, but their tactics simply weren’t enough to manage the match. They would put together two or three quick passes in the midfield, send the ball to the back line, and then turnover as they attempted to re-advance. While the Dynamo have been lethal with this counterattack in the past, it simply was not the strategy that was needed in this match.

Half an hour into the match, once it was clear which team was coming in on the front foot in this pairing, the mistakes began. Houston forwards were caught offside, defenders left Timbers out of range but onside, and bad touches started chipping away at the Dynamo’s chances and confidence.

While the officiating wasn’t the main culprit in this match, PROreferee Alan Kelly had his share of interesting moments. As Portland’s Valeri squared up against Joe Willis for the PK that would result in the second Timber’s goal, Kelly became fixated on the placement of Willis’s cleats on the line. Willis is a seasoned professional, was placed correctly, and there was no call for the scrutiny or interference. Even SKC fans, who are usually no friends of the Dynamo, took notice!

Kelly also took a particular interest in Dielna’s shin guards when the Timbers subbed him in at the 83rd minute. These are matters for U10 recreational refs and had little business interrupting Saturday’s match.

In the end, Portland came away with a stunning 4 -0 victory over Houston. It’s difficult as a fan and a writer to cover matches like this. It’s easier when the blame is on bad officiating or unlucky shots. Against Portland, however, the Dynamo were truly outplayed. Their goals were excellent and born from great speed, passing, and technique. But smart fans know that setbacks  like this don’t have to be a trend.

The Dynamo finished the 2018 season with a trophy and have started this season strong. Losses will come, but the Houston Dynamo have got to shake them off and carry on. Houston’s next chance to prove their lessons learned comes Wednesday in San Jose.