New York Red Bulls Get Into the Groove 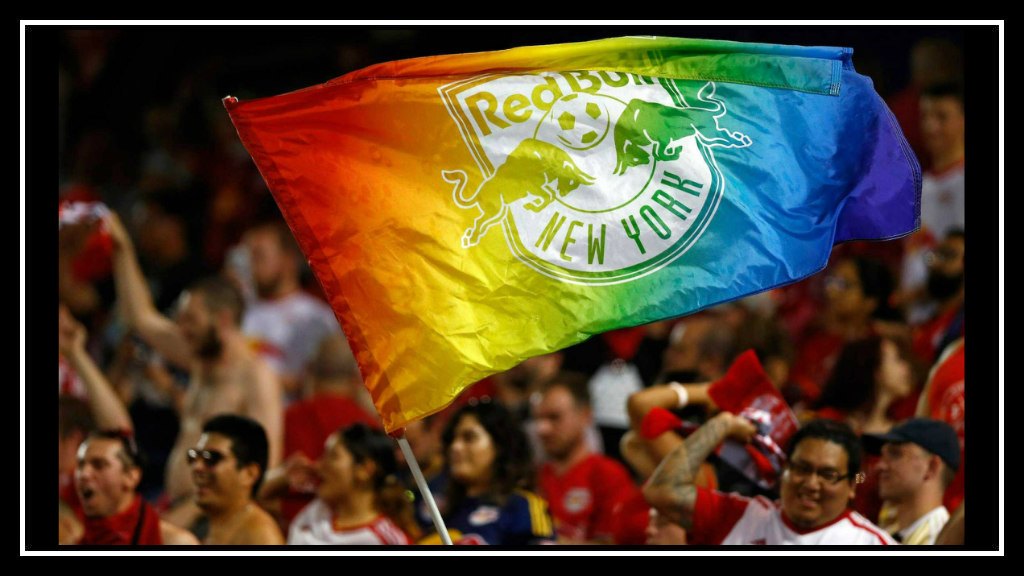 Thanks to the Gold Cup, the majority of MLS took some time off so group stage games could be played in our soccer-specific stadia around the country. The tournament isn’t over yet, but since it’s down to the semi-finals, league action is back. While Aaron Long (USA), Derrick Etienne, Jr. (Haiti), and Kemar Lawrence (Jamaica) are still away as part of this biennial event, Michael Amir Murillo and Panama have finished their run. Perhaps he’ll just meet the team when they get to Houston this week. I don’t expect him to go out against the Dynamo in their midweek clash.

Let the Music Set You Free

This was the official Pride Night for the club. They really did it up, marking the 50th Anniversary of the Stonewall Uprising. Rainbow-numbered jerseys will be auctioned off, ticket sales will benefit Pride Live. But what really made the night was how fun it all felt. People these days are tense. Like, really tense. But the atmosphere was markedly less so…unless you were on the field. That’s really how it should be.

I mean… it speaks for itself, doesn’t it? Alejandro “Kakú” Romero Gamarra picks off Kenneth Kronholm on a pass back and scores the first goal just eight minutes in. It wasn’t so long ago that people were grumbling that Kakú wanted out in the worst way. Seems to me that he was in a bit of a dark patch and is on the other side of it now. I remember having two little kids and trying to do my job… wasn’t easy. And I didn’t have to be several countries away from my family and traveling regularly. I can only speculate, but at least things are working well.

If the Rhythm’s Right

Maybe I don’t give goalkeeper Luis Robles enough credit. I wouldn’t be the only one, mind you. He has just three US National Team Caps, and has never been selected for the MLS All-Star Game. The RBNY Ironman made a whopping seven saves against Chicago. SEVEN! The single Fire goal, from Nemanja Nikolic, only came after he collected one of those Robles saves. I can’t even be mad about it. I’m sure Robles can be, but that’s his job. All Robles can do is his job, and he’s damn good at it. I just wanted to make sure I said as much.

I Hope This Feeling Never Ends

Three goals, three goalscorers. This is a regular thing for RBNY. Brian White tallied his fifth goal for the season, sliding between two defenders to peg the ball in at the 59th minute. White was then subbed out to allow for the return of Bradley Wright-Phillips, who has been out with a soft tissue injury. In his 23 minutes on the field, he made the second assist pass to Kyle Duncan, who crossed the ball to Daniel Royer in the 93rd minute for a final goal.

The Red Bulls hit the road against the Houston Dynamo and Atlanta United before returning for (only) the first Hudson River Derby of the season back in Harrison. If the Red Bulls can continue to feel this free, we’ll all be dancing this season.

(PS: I was the Kindergartner singing Madonna songs in the 80s. Sometimes I have to look up the lyrics to make sure I have them right– not so with this one. Enjoy!)