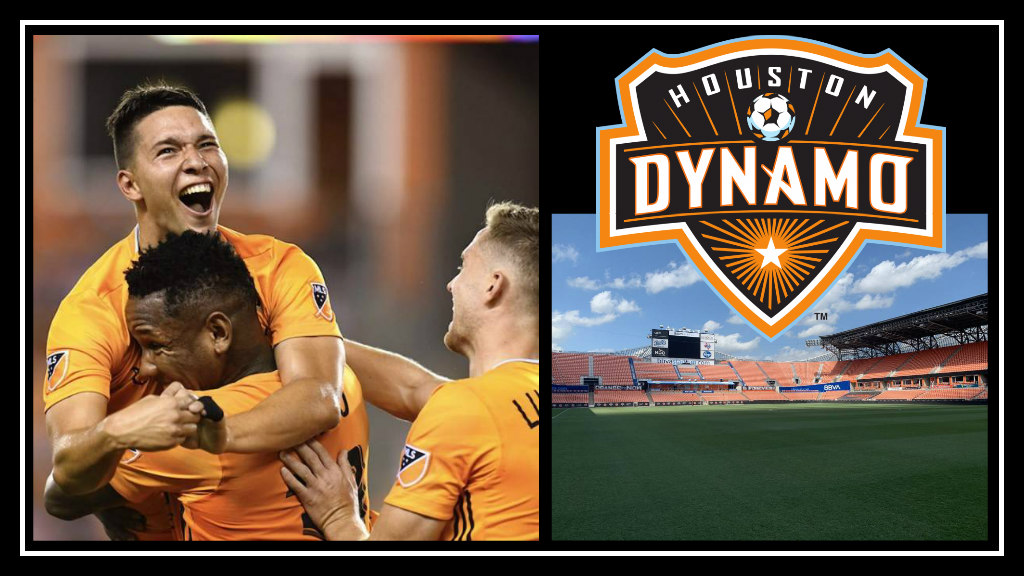 With their full squad back from international duties and back home after a cross-country tour plagued with losses, the Houston Dynamo came to BBVA Stadium on Saturday, June 29, needing a win. The men in orange did not disappoint and stunned the New York Red Bulls with a 4-0 victory. This win maintains the Dynamo’s unbeaten home streak and breaks the winless streak that has plagued them since mid-May.

Houston’s Starting XI featured the return of Alberth Elis and Mauro Manotas up front and Maynor Figueroa in the back, all of whom were expected to shore up the struggles of a June that showed little success on either end of the ball.

The New York Red Bulls are a great team with a comfortable spot in the Eastern Conference standings, and I really expected a close match. The Dynamo came out with a fire in their bellies, however, and dominated the match from the start. The Red Bulls seemed to really enjoy the efforts of the BBVA grounds crew, as they took many opportunities to get a close look at the grass.

There were plenty of fouls for both sides, but the New York players seemed particularly keen to go to ground. While I was concerned that the constant restarts would affect the flow of the match or that the frustration of the calls would get in the heads of the Dynamo players, the laser focus of Houston was unshakable.

Whether it was the confidence gained in being back home or having key players back on the pitch, the team that stepped out at BBVA was almost unrecognizable as the team that I watched in June. The players were tough and decisive. The passes were quick and well-placed. The chemistry of the team was amazing for how little time they had to work as a squad ahead of this match. And while I was thrilled with the results and wowed by the level of play, I can’t help but wonder how the team can maintain this level of confidence through the season without shouldering it on just a few individuals.

The Houston Dynamo must figure out a way to have confidence as a squad and not be crippled by the loss of a key player. GM Matt Jordan is a brilliant scout who has worked hard this year on improving depth, but no amount of bench depth is going to save a team that sees that depth as a supporting cast for a single star. The reality is that introducing stars like Elis and Manotas to MLS may pay off in transfer fees before it pays off in trophies.

Barring any updates from the MLS Disciplinary Committee, the Dynamo will test their confidence again without defensive playmaker Maynor Figueroa in Cincinnati on Saturday. After only one match back from Honduran national duty, he and New York’s Kaku were each sent off after an off-ball conflict in the 94th minute. I expect to be pleasantly surprised by the Dynamo again, and look forward to telling you all about it next week.