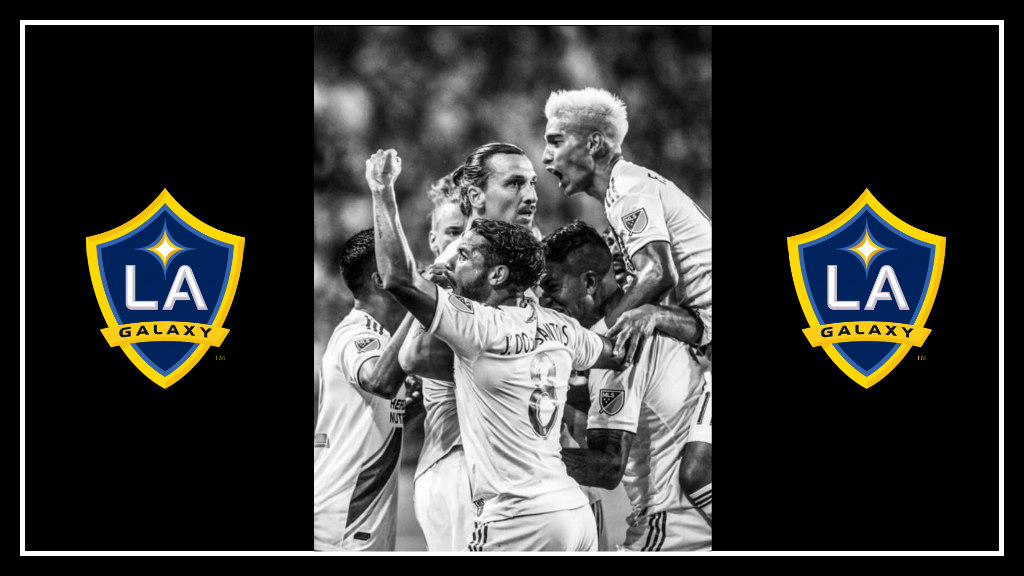 Rivalry week started rough and made LA Galaxy fans nervous to face Los Angeles Football Club after losing to San Jose Earthquakes at home on June 29th. But, that game was soon to be forgotten.

On July 19, LA Galaxy were down early after LAFC’s Carlos Vela scored a penalty. Then Blue, White, and Gold roared to life with a Zlatan hat trick. The team played with the passion and urgency that fans had called for. The energy at the stadium was loud and intense.  LA Galaxy ended up winning 3-2.

Critics say LA Galaxy shouldn’t rely on a single player, namely Zlatan Ibrahimovic, but that day all of the Galaxy players worked well together to feed the ball to Zlatan and create chances. Even the defense held it together despite Vela scoring a late goal (that should have been called offside and gone to VAR).

The game against LAFC proves that Zlatan works well when the team plays well together.

The same line-up from El Tráfico was used against Portland Timbers, but this time Perry Kitchen and Sebastian Lletget were back from injuries. Efrain Alvarez was also available on the bench.

The Timbers punished the Galaxy for problems that have plagued them for most of this season (and the past two seasons if we’re being completely honest).

After defeating LAFC, fans hoped the Galaxy had made a turning point, but the match at Providence Park, this late in the season, brought to reality fans’ concerns. If Galaxy’s inconsistent play and dropping points continues this team won’t make the playoffs again this year.

Fans are looking to head coach Guillermo Barros Schelotto for answers and are holding him accountable. But, not much responsibility has really been taken and there aren’t any solid solutions in sight.

Rumors that Cristian Pavón would join during transfer week and save the Galaxy have been dispelled. One man cannot and should not carry the team. We see that when they rely too much on Zlatan. The tactic of feeding the lion only worked against LAFC because the entire team came out with a fighting heart and spirit.

But, again, they’re inconsistent. There are times when it looks like the defense doesn’t want to play. An attacking midfield would be highly essential to Galaxy living up to their potential and success. Jonathan Dos Santos did not play well on Saturday, but he is the strongest in the midfield. Though understandably frustrated, it’s no excuse and not a good look when the captain and co-captain don’t stay to talk to the media.  It begs the question: Who is leading this team?

David Bingham came up with major saves once again and kept the Galaxy in the game most of the time. But, he’s one man and has his limits, often getting scored on by rebounds. That night in Rose City, it was the defense and midfield that could be blamed for the loss.

This game against Portland saw the Galaxy losing possession and being taken advantage of on counter attacks.

Turf is no excuse. The next matches are in Atlanta and Seattle, both of which are turf stadiums. The Galaxy will have to adjust.

Lack of bench depth and players not being on their A-game also contributed to the Gs’ struggle.  Lletget hasn’t had a good game in a while, so why wasn’t Perry Kitchen the sub of choice?

The Galaxy were outplayed, which wasn’t the case against San Jose, per se. It was a physical match that seemed to become a competition for which side could get more yellow cards.

Ibrahimovic, Diego Polenta, and Efrain Alvarez will all be suspended for the next match – Polenta and E. Alvarez due to being issued red cards, Ibrahimovic due to yellow card accumulation.

LA Galaxy sit in third place in the western conference.  They have their moments when they play as well on the pitch as they look on paper. It doesn’t matter how capable the team is if they don’t deliver though.

With this season already runs a tight schedule, the Galaxy lost in their second round of Open Cup to Portland, but managed to move on to semi finals in the Leagues Cup and are the only MLS team still in. They’re set to face Cruz Azul on August 20th at Dignity Health Sports Park.  Then 5 days later, they have to be ready to face LAFC again.