A Copy-Paste Demoralizing Defeat For the Montréal Impact 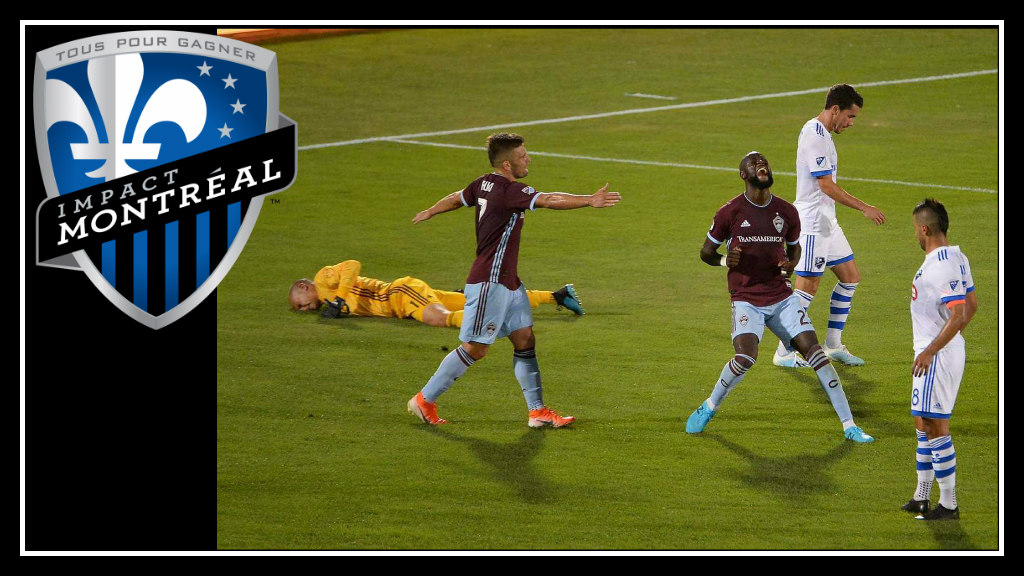 Montréal sports fans are prone to hyperbole. This is no secret, it’s been the truth for a long time. It means we experience the wins as glorious, triumphant victories, and the losses as disparaging, hopeless pitfalls. The Montréal Impact have long been a team whose roller-coaster seasons and inconsistent performances have only fed this tendency. Once again, they have delivered back-to-back performances as different as night and day.

After a July which offered little to cheer for, the Impact ended the month with a thoroughly dominant home win over top-of-the-East Philadelphia Union. Next on the menu, a trip to last-in-the-West Colorado Rapids. Historically, the Rockies haven’t been too friendly to the Impact, but Ignacio Piatti was back, Lassi Lappalainen had a Player of the Week début, and ‘keeper Evan Bush had delivered some spectacular saves. In the spirit of Montréal, optimism was on the menu, regardless of the patterns of the previous month.

Rémi Garde presented an unchanged 4-4-2 formation, which had successfully stymied the Union. This quickly proved not to be the case. Was it altitude? Was it attitude? Unfortunately, all we know is what we saw.

What we saw was a team who hadn’t learned from a wide variety of past mistakes. In 18 previous duels with a certain boogeyman named Kei Kamara, the veteran striker had scored 11 goals against the Bleu-Blanc-Noir. He regularly went unmarked on set pieces and won the vast majority of aerial duels. This led to him scoring a hat-trick in a 6-3 goalfest on Saturday. Kamara even went so far as to win a header on an Impact corner, marking an own goal on the night. His job was made laughably easy by some truly catastrophic attempts by Bush to come off his line. Arguably the “highlight” of the night:

On a night when nobody shone, a harsh light was once again cast upon a team who had been considered a playoff certainty by pundits league-wide just a few short months earlier. We can speculate until the end of time about the source of the Impact’s drastic downturn, which ironically coincides with Piatti’s return to competition. The captain’s return had been lauded as what would be a saving grace to return the Impact to a higher league position.

Yet the team’s problems clearly run deeper than anything one amazing player can solve. We can look at lack of structure, lack of leadership, lack of discipline. We can question the coach’s tactical choices and his relationship with certain players. We can call for changes to the organizational structure and Tweet until our fingers fall off. But at the end of the day, all we can do is watch, cross our fingers, and hang on in this wild ride which will continue until at least summer’s end.

It’s going to a grueling month for the Impact, with 8 matches scheduled between the Canadian Championship and league action. First up, CPL side Cavalry FC visit Stade Saputo on Wednesday, August 7th followed by a trip to the Windy City to take on Chicago Fire on Saturday.