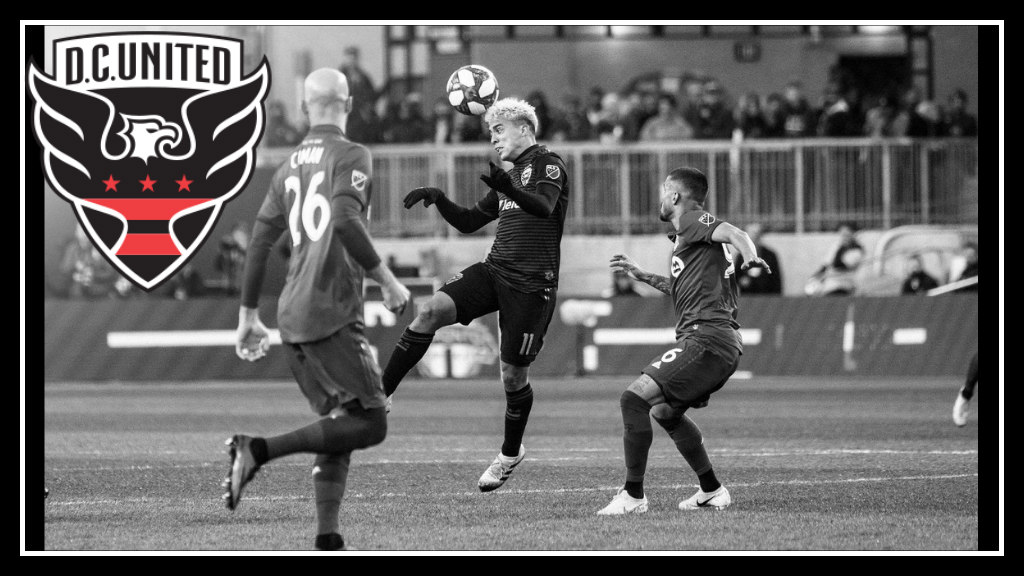 D.C. United’s 2019 season has come to a close with a steep loss at BMO Field in Toronto. Black-and-Red supporters will not see Wayne Rooney hoist the MLS Cup, or in fact, play another match at Audi Field. It was a bitter end to a season that started with such high hopes.

Toronto’s Marky Delgado opened the scoring of the match early in the first half, and D.C. struggled to find their own scoring opportunity, even with both Wayne Rooney and Ola Kamara on the field. There was no dirty play, and no controversial calls were made by referee Allen Chapman, tonight simply wasn’t D.C.’s night.

In the dying moments of the match, Lucas ‘Titi’ Rodríguez found the elusive equalizer. Weaving through the chaos surrounding Toronto’s goal, Rodríguez capitalized on a corner kick taken by Rooney. The Argentine’s goal tipped the match into extra time and gave everyone behind the Black-and-Red something incredible after almost 90 minutes of nail-biting – hope.

Unfortunately for D.C., Toronto quickly racked up the goals in extra time, creating a deficit that proved impossible to overcome. Bill Hamid’s clean sheet record mattered for naught as Toronto lobbed ball after ball into the back of the net.

The shot with the most sting, however, came from a spurned Nick DeLeon. DeLeon’s shot flew past Hamid into the high right corner of the net, tinged with a sense of poetic justice.

A D.C. substitution prior to the final 15 minutes of extra time saw Wayne Rooney leave the field for the last time as a D.C. player for Leonardo Jara. It was apparent the match and season were both over. There would be no final minute miracle for the Black-and-Red.

2019 began with high hopes, as D.C. United beat the reigning MLS Champion, Atlanta United, in their very first match. As the freezing rain poured down at Audi Field, the Black-and-Red showed their fighting spirit and emerged tenacious, gritty, and hungry to win. While many are somber at the departure of superstar Wayne Rooney, and surely feeling the sting of loss as the season comes to a close, it’s time to reflect.

This season has been special. We’ve seen living legends, like Robert Gillespie and Tony Quinn, honored for their part in building our rich culture. We’ve been part of the magic that is a Wayne Rooney own half goal. We’ve witnessed Alejandro Bedoya of the Philadelphia Union speaking out against gun violence. We’ve had an all-female broadcast crew at Audi Field.

We’ve witnessed our players become parents, struggle with loss, and start new endeavors. We have seen them grow and succeed, both on the field and off. And soon, we will welcome back Yamil Asad to our fold.

Our supporter community has grown as well, with many faces welcomed into the Black-and-Red family this season. Throughout 2019, we have come together to battle illness, stand against intolerance, fight hunger, and make our community a better place.

Tonight was not the ending to our 2019 season that any of us would have chosen, but there really is so much to look forward to. Together.