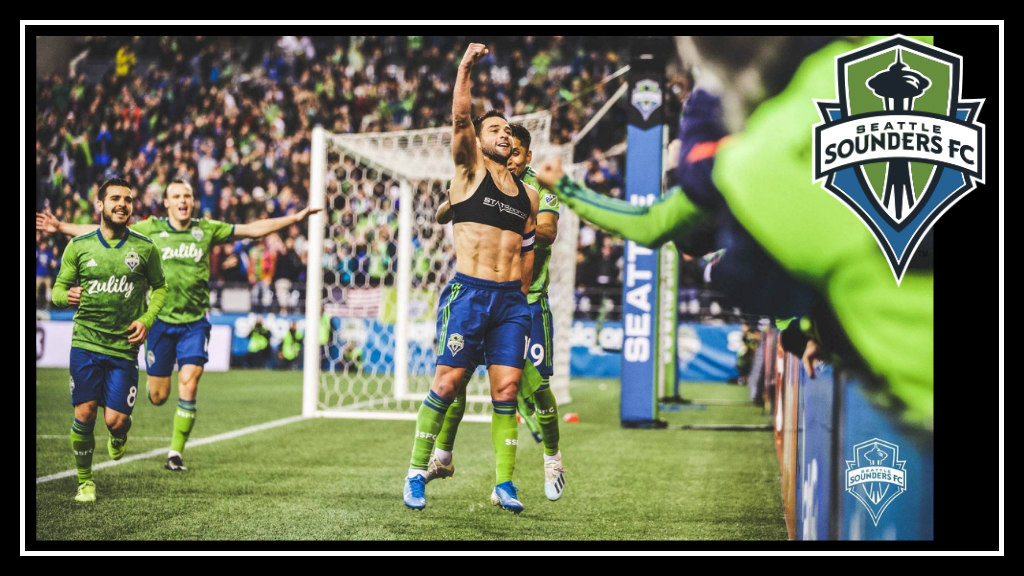 The 2019 season hasn’t been pretty for the Seattle Sounders. The team has been ravaged by injuries, often lacking an identity on the pitch, and hasn’t had back to back victories since April. But if there’s one thing Seattle fans are learning, it’s that pretty doesn’t matter in the new single elimination playoff format. Win and you move on. And that’s exactly what the Seattle Sounders are doing right now.

With a quick four day turn-around after playing 120 minutes last Saturday, the Sounders were fired up Wednesday night in front of a home crowd of nearly 38,000 fans. The first half played to a stalemate with Real Salt Lake maintaining the majority of the possession, but the Sounders managing several quality shots on goal.

When play resumed for the second half, the Sounders were forced to make an early substitution as Roman Torres, who has been a powerful presence since returning from suspension, injured his hamstring in the 49th minute. DP center-back Xavier Arreaga replaced the Panamanian. As the second half progressed, so did Seattle’s intensity, accuracy, and dominance.

After Victor Rodriguez replaced Joevin Jones in the 62nd minute, the substitute made an offensive impact immediately. Only 2 minutes later, Nicolas Lodiero swung in a near-post ball from a corner-kick and found Gustav Svensson’s glorious, Swedish head for a fantastic flick in to the back of Real Salt Lake’s net. The Sounders celebrated feverishly, as did the fans packed into CenturyLink Field.

Fifteen minutes later, in the final ten minutes of regulation play, Gustav Svensson played a beautiful ball down the wing to Raul Ruidiaz, who found a streaking Nicolas Lodeiro. Lodeiro hammered in this golazo:

The captain celebrated jubilantly, as did every Sounders player and fan, knowing that with less than 10 minutes left and up 2-0, they were moving on to the Western Conference final for the 3rd time in four seasons.

Frustrations boiled over several minutes later as Everton Luiz picked up a red card for a nasty tackle on Svensson. Players from both teams came together and while Luiz took his time to leave the field, walking through Seattle’s bench and through the towering flags of the ECS, the final whistle blew to secure the Sounders another home playoff victory. Seattle will face the winner of El Traffico, which will be played Thursday, October 24th at 7:30 PM. The Sounders would host LA Galaxy next Tuesday at 7 PM or travel to LAFC on the same date and time, depending on the outcome of the LA derby.

Saying Farewell To A Legend

While the Sounders’ win advanced them to the next round of the Audi MLS Cup Playoffs, there was another historic event that occurred as referee Alan Kelley blew the final whistle last night. Nick Rimando, an absolute legend of both MLS and the position of goalkeeper, concluded his final match. Rimando retires as the league leader in wins, shutouts, saves, games and minutes played. He won two MLS Cups with RSL and featured throughout the years with the US Men’s National Team. And from an outside perspective, he also seems to be an absolute class act human being.