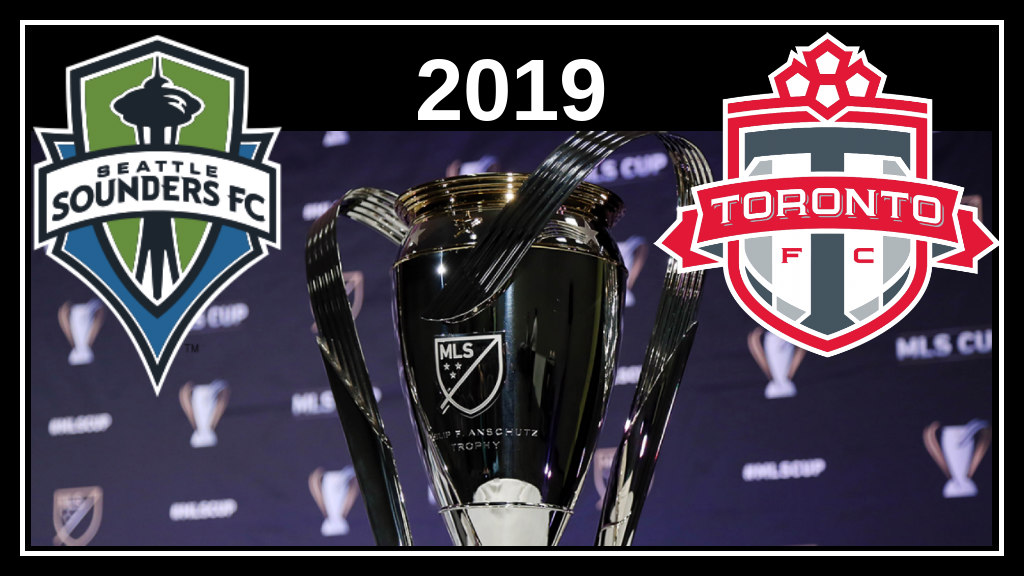 We are less than a week away from the MLS Cup Final between the Seattle Sounders and Toronto FC. Both teams are going for their second league championship, with the Sounders having won in 2016 and Toronto in 2017. Following a new format of single elimination playoffs, the Cup final will be played Sunday, November 10th at CenturyLink Field.

Several members of the MLSFemale staff offered their thoughts on who will lift the trophy at the end of the night. The results are… slightly skewed.

Ashley, Official Sounders Reporter: Because Seattle invented MLS Cup…The team overcame so many injuries this season and not to mention players leaving and retiring. They busted their butts to get to this final and this city deserves to host a championship.

Keira, Official NYCFC Reporter: Sounders because they are a huge reason we have a cool soccer culture in the US. Great teams find ways to win the big games and that’s what Seattle does. Dig deep and find ways to win.

Bridget, Official MNUFC Reporter: I have to go with the Sounders. They have multiple players who peak in high pressure matches and yet nothing about their game plan leans on just these players. It’s a slightly different edge than Toronto.

Eve, Official Montreal Impact Reporter:  If I put my Toronto bias aside, I would say I feel like Seattle have the edge because they have finally been a consistently strong unit over the whole of the season, unlike in their two previous Cup runs.

Dayna, Co-founder of MLSFemale: Totally unbiased opinion — I think Seattle will win it. Home field advantage is real in Seattle.

Abigail, Seattle Contributor and USWNT Correspondent: Seattle of course! This team knows how to show up in big moments. Lodiero, Ruidiaz, and Frei are all big game players. This team is built for playoffs especially at home

Sylvana, Official NY Red Bulls Reporter and MLSFemale Social Media Manager: Definitely Seattle. They are a cohesive unit and have been able to execute a game plan. And they were able to put aside the mighty LAFC! They definitely seem to have the advantage going in.

Sarah, Official D.C. United Reporter and MLSFemale Editor-in-Chief: Seattle capitalizes on home field advantage to win the Cup and wow the home crowd, but Nick DeLeon scores some absolute stunners that turn the match into a nail biter.

Liz, Co-founder of MLSFemale: I’m Canadian and BMO Field was the first MLS match I ever attended which helped put me on the path to co-creating MLSFemale.

Jess, Official Rapids Reporter: This isn’t a final I’m looking forward to because it’s very much more of the same. I would have loved to have seen an LAFC/Atlanta matchup instead. Normally I go with the conference my team plays in, but this time I see Toronto as the lesser of two evils.

Araceli, Official LAFC and Sporting KC Reporter: Toronto FC. It’s a difficult choice since both teams have a long history with each other in the MLS Cup Final. I think Stefan Frei and Quentin Westberg are strong keepers and could keep both sides in the game well into extra time. But I’m rooting for The Reds mostly because Seattle knocked out LAFC.

Kickoff is set for 3pm EST on ABC. MLSFemale will live-tweet the final. Follow along @MLSFemale.