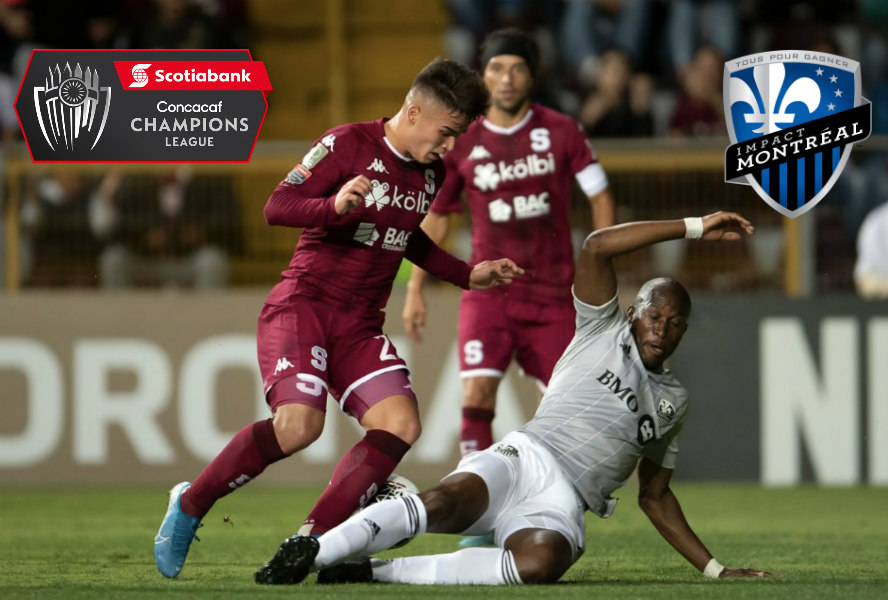 After a thoroughly disappointing preseason in which the Montréal Impact were shut out in three of their five training games, it was hard to find anyone who gave the team a shot in their first competitive match of the 2020 season. The Bleu-Blanc-Noir were off to a notoriously hostile stadium against Deportivo Saprissa, the most decorated club in the Primera División de Costa Rica, which is well into their season.

Not to mention, there were bound to be even more eyes (and pressure) than usual on the club as Thierry Henry made his MLS coaching début, and just weeks after Ignacio Piatti’s exit.

The lineup came as a surprise. The Impact had flirted with a three central defender composition in the Mauro Biello and Rémi Garde eras, rarely — if ever — finding a successful combination, so Henry’s choice in his first true match seemed more than audacious. With Bojan in as a false nine flanked by two powerful wingers in Orji Okwonkwo and Romell Quioto, the most surprising presence was Amar Sejdic starting his second-ever match over Shamit Shome, while DP Saphir Taider nursed an injury. Of equal note, Jukka Raitala donned the captain’s band for the first time – a captaincy that is likely to be announced as a permanent one, per TVA Sports.

Given the circumstances, it looked like the writing was on the wall. However, Impact players have a storied history of performing best when even their fans have written them off. So really, it should come as no surprise at all that the visitors took a quick 2-0 lead by the 22nd minute, with Okwonkwo and Quioto the goalscorers and Bojan providing an assist.

Ultimately, the Impact were not immune to the same problem faced by every MLS team on the road in CCL this week — a lack of match fitness. Evidenced by both the need to use all three substitutions for injuries, as well as a second half siege by Saprissa, the Impact will have to contend with a draw after allowing two late goals.

Despite of the bittersweet taste of the draw, there is a lot of optimism around Montréal’s overall performance. Obviously, it was a huge relief to see players on the scoresheet. Joel Waterman, who will be scrutinized intensely as the first CPL to MLS transfer, held his own when thrown into the deep end to début following an injury to Rudy Camacho. Finally, the dedication of players to put their bodies on the line as they were clearly running on fumes showed a motivation that was lacking in many of the 2019 performances.

Suffice it to say, if the players can recover and improve their stamina before the return match on Wednesday, February 26th … They still have it all to play for.