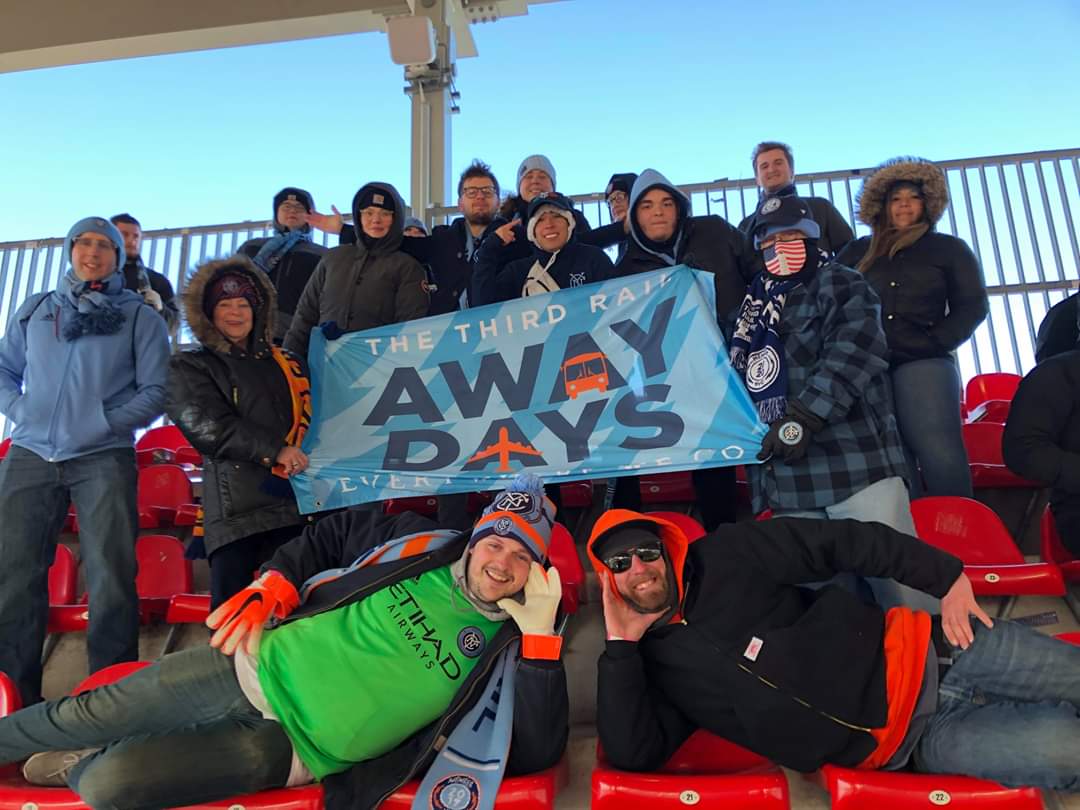 NYCFC traveled north of the border to face-off against Toronto FC, searching for a win to avenge them against the team that eliminated them from the playoffs last season. TFC was missing a few of their key players and NYCFC supporters were hopeful that with only missing Maxime Chanot, who was suspended on a red card, that the Boys in Blue would secure three points.

City fans showed up strong at BMO Field with one of their highest turnouts in years. Unfortunately, the hoard of supporters was not enough to motivate the players on the pitch.

It quickly became apparent to the supporters that the team on the field was not meshing quite as well, their passes inconsistent. It was obvious players were not aware of where their teammates were and could not link up effectively. Merely ten minutes into the game, Toronto scored the first goal and red streamers were thrown in celebration near the top deck of the Toronto stadium.

“This is illegal contraband according to the MLS 2020 Code of Conduct,” one supporter jokingly shouted. No sooner had the smoke bombs been popped, a VAR review was signaled and Ted Unkel rescinded the goal. Another VAR review later in the half denied TFC’s Justin Morrow a penalty kick.

Chilling memories from last year’s playoff game trickled into everyone’s minds when Ronald Matarrita had a defensive blunder which resulted in a deflected cross lofting into the back of the net near the end of the game. Too many missed chances resulted in NYCFC not being able to equalize or take the lead.

Despite facing another loss in Toronto, NYCFC supporters remain optimistic. The score margin was much smaller than compared to other regular-season matches in Toronto, and of course, its the beginning of the season. The team is also currently playing in the Champions League tournament, placing extra stress on players. Add to all of this that Ronny Deila was only named head coach in early January, and NYCFC hasn’t even played at ‘home’ at Yankee Stadium yet this season. So, let’s continue to have some faith that NYCFC be a top contender in the Eastern Conference.