Something Borrowed, Something Red: Married at Red Bull Arena 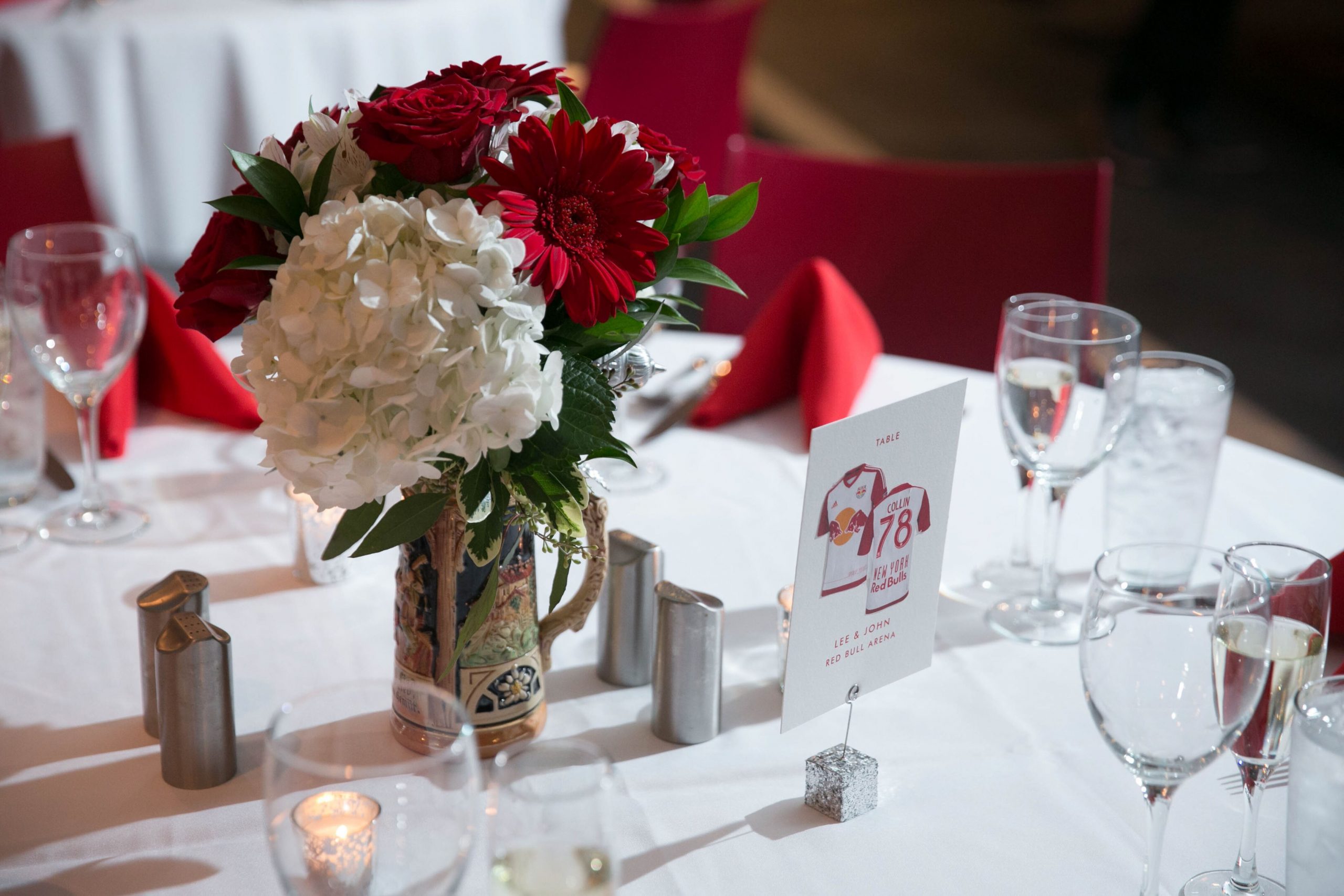 Right now, when gatherings just can’t be a thing (remember places?), it’s nice to remember some of the events meant to evoke great memories. And with the traditional wedding season just around the corner, why not take a look at a wedding with a certain football flair?

Being a traditional type myself, I got married in a church. In fact, most weddings I have attended in my life were in houses of worship. There has been the occasional outdoor garden wedding, but nothing like this:

Leila Jutton and John Painting, previous Red Bull season ticket holders, got married on the pitch in October of 2017.

They met as a result of a shared affinity for another red team: Arsenal, in the English Premier League. “I became an Arsenal fan shortly after the 2010 World Cup,” Lee explained. “John had become an Arsenal fan about a year prior because a British friend introduced him to the team. We met at The Blind Pig, a bar where the Arsenal NYC supporters used to go to hang out, in early 2011 and started dating soon after.” They started attending Red Bulls games regularly in 2013, as did that infamous Arsenal Invincible, Thierry Henry.

John proposed near the end of 2016; they decided on a wedding the following fall. It turned out that the Red Bulls would be away in D.C. for the last game of the season. They selected October 21st, the day before the final match. RBNY made the playoffs that year, but the home leg wasn’t until November. (They lost to the Montreal Impact, but let’s not dwell on that.)

Rob Curtis, the Events Coordinator at Red Bull Arena, made everything possible. “He was super enthusiastic and fun to work with,” Lee remembered. “I was able to get dressed in the team locker room, which was super fun. John and the other men got dressed in the locker room designated for referees.”

A published film critic, Lee surprisingly found a reality-show bridal shop play a part in her wedding. Her Temperley Bridal dress came from Kleinfeld’s, featured on TLC network’s “Say Yes to the Dress.”

“I didn’t expect to find my dress there, but it was pretty and comfortable. I originally wanted something more old Hollywood-flapper style, with lots of beads, but this ended up having a more laid-back hippie vibe, which made more sense for a wedding at a soccer stadium anyways.”

The day itself was designed to be laidback as well. The ceremony was a speedy five minutes, with the approximately 100 wedding guests waving specially printed rally towels as the happy couple left the field. The cocktail hour was spent in the players’ tunnel (see first photo), and then guests were escorted upstairs to the VIP lounge known as the Audi Club. The dinner menu was a barbecue catered by the Arena’s official food service and dessert was a cupcake tower from Polkadot Cupcake Shop.

“Everyone had a great time and said it was one of the most fun weddings they had ever attended, which was really all I could have asked for,” Lee said of her special day.

And so, until we can gather again for games– and weddings– let us enjoy these moments. Who knows… maybe we can see more gorgeous events like this around the league.