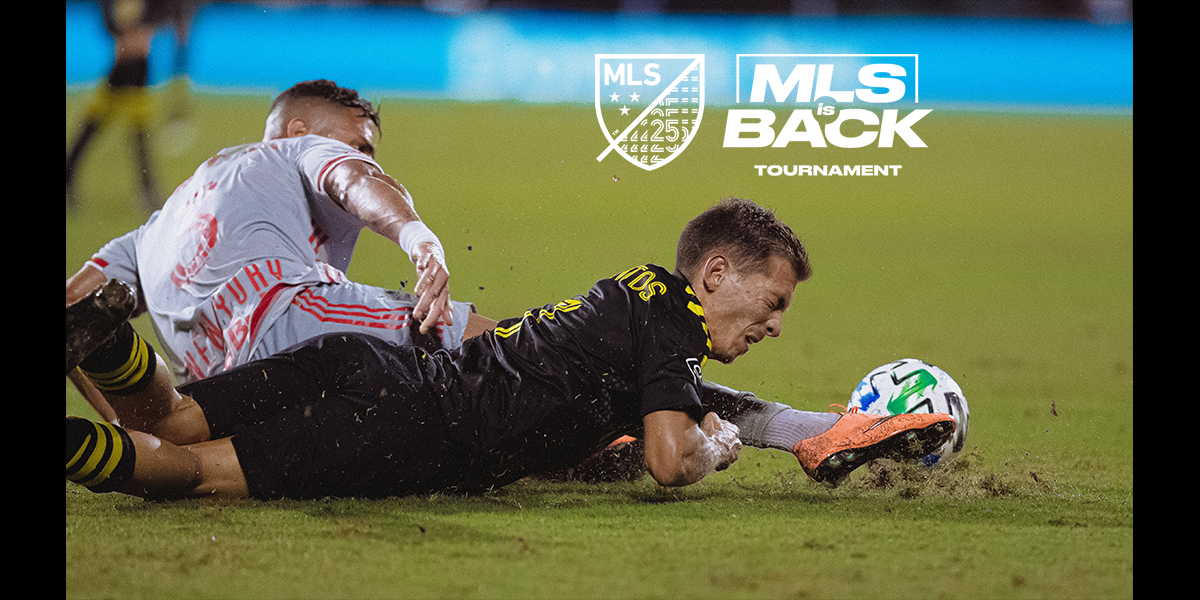 The late match for tonight’s MLS is Back action matches Columbus Crew SC with the New York Red Bulls. Both teams came out playing decent soccer – a more even match than fans have seen recently in this tournament. As the first half stretched out, however, so did the efforts of Crew SC. Once the opposing sides started to settle into the rhythm of the match and feel each other out, Columbus emerged as the more organized team, linking up combinations and crosses more effectively than RBNY.

Technical skill paid off for Crew SC in the 22nd minute when Zardes broke open the scoring with a skillful shot after beating a sluggish New York defense. The goal rattled the Red Bulls and they struggled through the remainder of the half.

When teams returned after the break, it was clear that the Red Bulls hadn’t managed to solidify a plan as they weren’t quite prepared for the whistle. Columbus took advantage and scored within two minutes of the restart, in the 47′. A familiar quick break from a mid-field throw in met Zelarayan in front of the goal and the Crew SC lead was doubled. With a nearly identical setup to the Crew’s first goal of the match, RBNY should have seen it coming.

The match devolved after the second half hydration break as players, especially on the Columbus side, pushed themselves to exhaustion. Five minutes into a 10 minute stoppage time, if players weren’t dropping from sloppy fouls, they were simply dropping with muscle aches. Even their keeper, Room, looked ready to tap out. With both teams out of subs, the match ground to an American football pace, as both sides struggled to the final whistle. NYRB put together some last-minute chances, but weren’t able to find the net.

The match’s merciful final whistle blew at the 101st minute, and players from both teams limped off the field to nurse their wounds – physical and emotional. We all get a break from the early morning match tomorrow, but the action continues with three matches tomorrow night.