MLS is Back, July 16: Montréal Falls in Bewildering Bout with Toronto 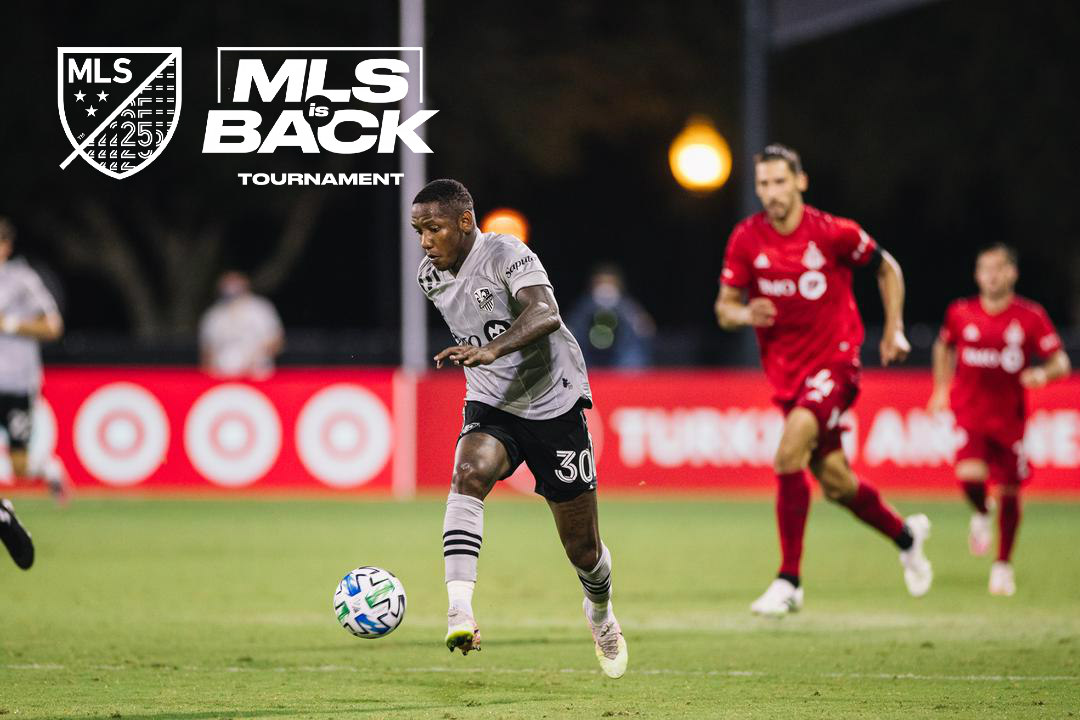 If Thierry Henry had a goal of surprising everyone with his lineups in this tournament, he’s certainly succeeded in that regard. Unfortunately, his team has not. Ayo Akinola stole all the headlines with a hat-trick as Toronto FC claimed their first win of the tournament, leaving the Impact on the ropes after a seven-goal slugfest.

In a first for the historic rivalry known by many names, the latest chapter of the TFC-Impact battle was played on a neutral field without fans. Despite the bizarre conditions in which the teams met, there was no shortage of highlights. Toronto’s Richie Laryea exposed Henry’s makeshift fullback Shamit Shome to open the scoring in the 8th minute. Montréal’s Romell Quioto replied in the 14th, as debutante Emmanuel Maciel launched a ball through on goal.

The trading of goals continued as Akinola slotted home his third goal of the tournament, after which Quioto earned a penalty which was converted by Saphir Taïder. Montréal could not celebrate their equalizer for long, as Akinola netted his second from the kickoff. A total of 5 goals were scored in the first 37 minutes, leaving Toronto with a 3-2 lead at halftime.

Toronto was evidently prepared to defend their lead in the second half, as they brought on former Impact player Laurent Ciman to shore up the defense. Despite dominating possession, the Impact didn’t do much to trouble GK Quentin Westberg and the scoreline remained unchanged until the 83rd minute when Akinola shrugged off Jukka Raitala to break in on goal for his hat-trick. A second penalty converted by Taïder in injury time saw this chapter of the epic rivalry end 4-3 in TFC’s favour.

Both teams will have lots of questions as they prepare for the next matches. Montréal will be looking for a miracle, and a sensible starting lineup, if they hope to qualify as a best third-place finisher. Greg Vanney will have to decide what to do with his rested DP Jozy Altidore as Akinola enjoys being the breakout star of the tournament.

Unsurprisingly, a rivalry match without the home field advantage and the 12th player lacks the je ne sais quoi that makes it all the more intense. Unlike in previous renditions, there was only one yellow card dished out, and no skirmishes of note. Despite the goal tally, this edition of the Canadian Classique/401 Derby played more like a regular MLS match. I think players and fans alike will be hoping the next time these bitter rivals take to the pitch, it’s in more familiar surroundings.

One thought on “MLS is Back, July 16: Montréal Falls in Bewildering Bout with Toronto”