MLS is Back, July 19: San Jose Best Chicago to Secure Their Spot in the Knockout Round 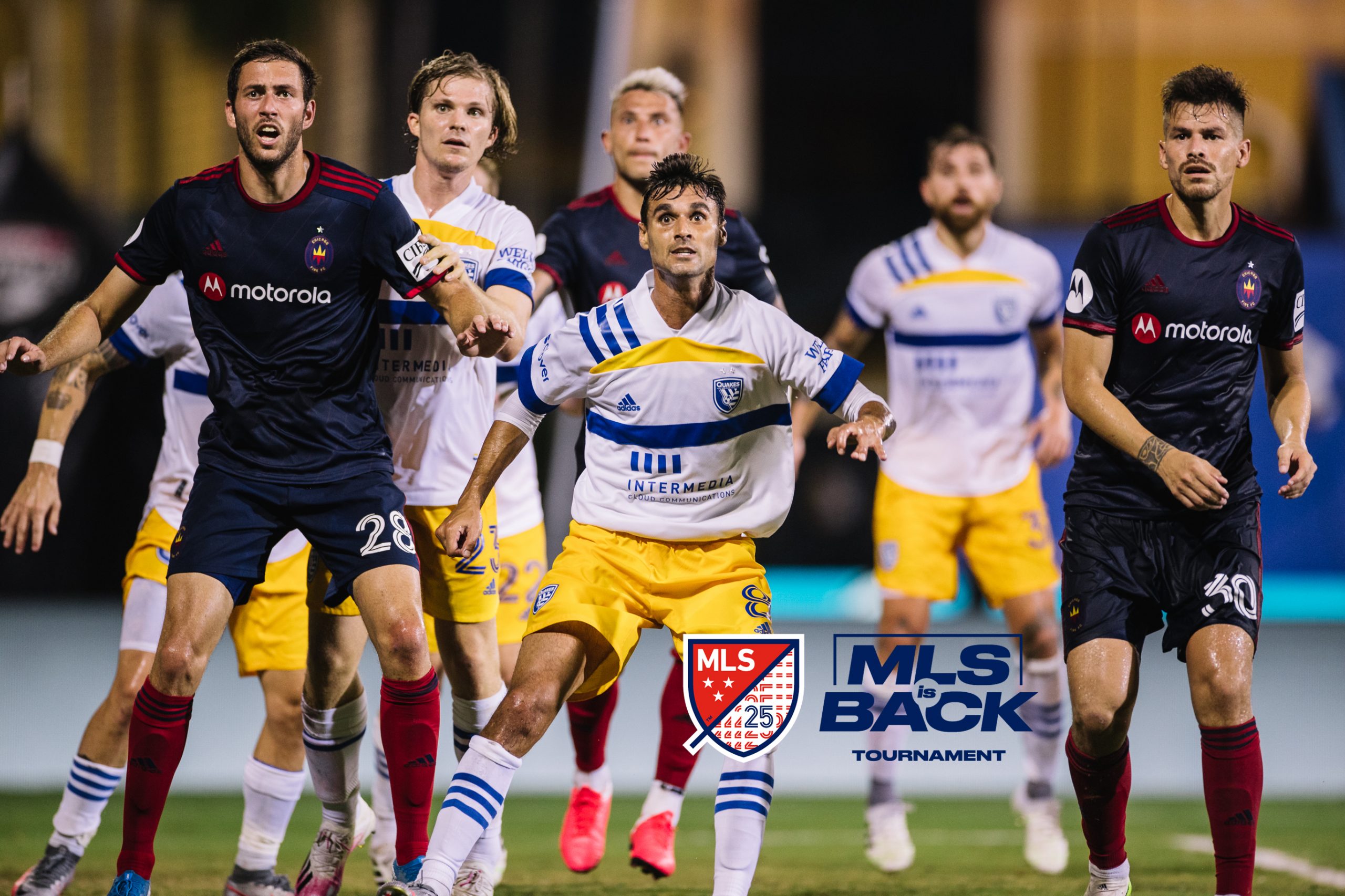 The top two seeds in Group B faced off tonight with a guaranteed spot in the knockout round on the line.

The San Jose Earthquakes to control of their opponents, the Chicago Fire, early on and did not let go. In fact, San Jose ended the match with 64% of the possession and 80% pass accuracy. While the first half didn’t see much action whatsoever, the second half was a different story.

With a little scrappiness between players, you could see something was coming. Six cards and two goals in the second half painted a much different picture of the level of intensity the players had than did the monotonous first 45 minutes.

San Jose’s attack exploited Fire goalkeeper Kenneth Kronholm’s left side putting two goals just past him and in the back of the net. Cristian Espinoza rounded the first shot for the Quakes in the 58th minute.

Chris Wondolowski, who has been with San Jose since 2005, came on as a substitute in the 82nd minute. His next move was to score in the 83rd with a header, that again, went over the left shoulder of Kronholm and in.

With this win over the Fire, San Jose solidifies their position at the top of Group B and secures a place in the knockout round.