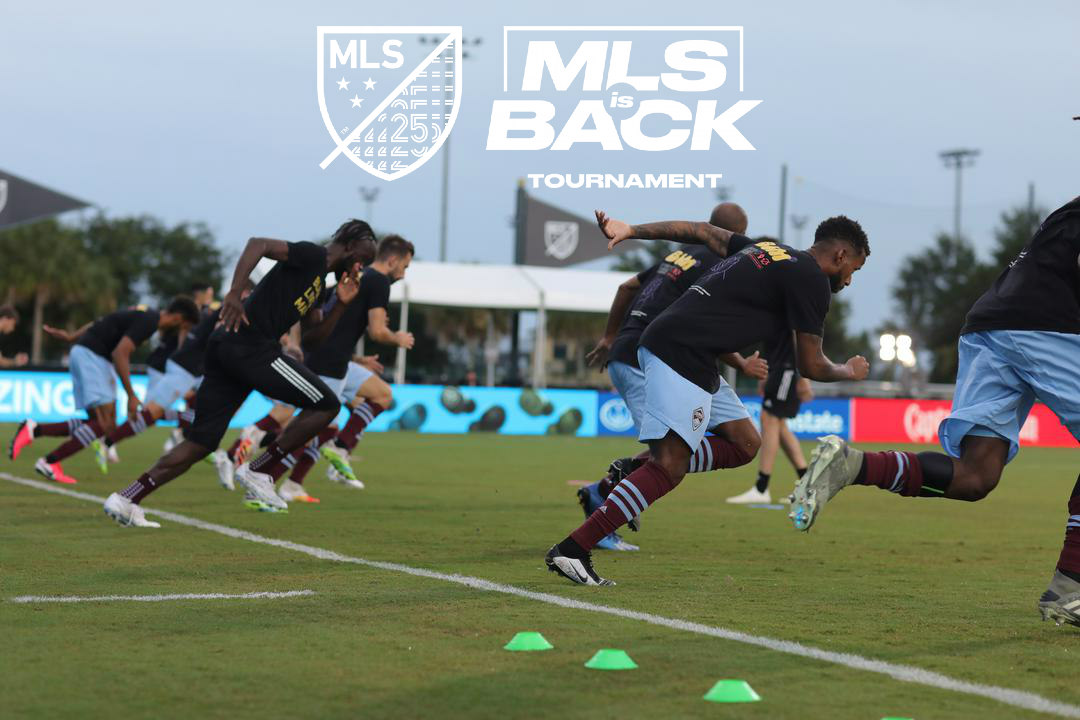 The Rapids’ return to play has been one of struggle and loss. Sitting at the bottom of Group D, with 0 points and a -3 goal differential, it would be easy to count the Rapids out of the MLS is Back Tournament. However, they should not be counted out just yet. It may look unattainable, but a sizable win against Minnesota United FC and a Sporting Kansas City loss to Real Salt Lake could still put the Rapids in the running.

The tournament structure is such that the top two teams of each group will advance along with the top four third-place finishers in order to fill out a the Round of 16. While the Rapids have yet to win in the tournament, the team above them in their group has only won once.

For the Rapids to advance, first they need Sporting Kansas City to lose to Real Salt Lake on Wednesday morning. A 1-0 Kansas City loss, plus a sizable Colorado win, puts us in third place and in contention for a wild card spot. As a Rapids fan, it pains me to say that I am hoping that RSL beats SKC by a significant amount. If SKC wins, the Rapids cannot change their fate with points against Minnesota.

Second, Colorado needs to win against Minnesota by 3 or more goals. Three goals would bring the Rapids’ goal differential to zero and the three points earned puts them on par with Sporting Kansas City’s point total. If this doesn’t happen, then the rest of this article is a moot point.

Whether the Rapids move on to the knockout round will depend on far more than just gaining third in Group D. As of this writing (with one match to finish on Tuesday night), SKC is at the top of the list of third place teams to move on with 3 points and a goal differential of 0. The remaining groups have a 3 points (SKC, Fire, NYCFC, FC Cincinnati), 2 points (DC United), and 1 point (Houston) and a negative goal differential. A Rapids win by 3 goals on Wednesday would move them into the top four of the third place group and on to the knockout round.

FiveThirtyEight calculates that the Rapids are currently sitting at a 4 percent chance of advancing to the Round of 16. Had the first two games played out differently – i.e. the Rapids showed a little more motivation in Game 1 or Zusi not made that extra time goal in Game 2 – the odds may have been more favorable.

Thankfully, it’s not over yet for the Rapids and we’ll all know for certain if they have a chance to advance by 11 AM EST, upon the conclusion of Real Salt Lake vs Sporting Kansas City.