MLS is Back, July 23: The Chicago Fire Loses It All to Vancouver Whitecaps 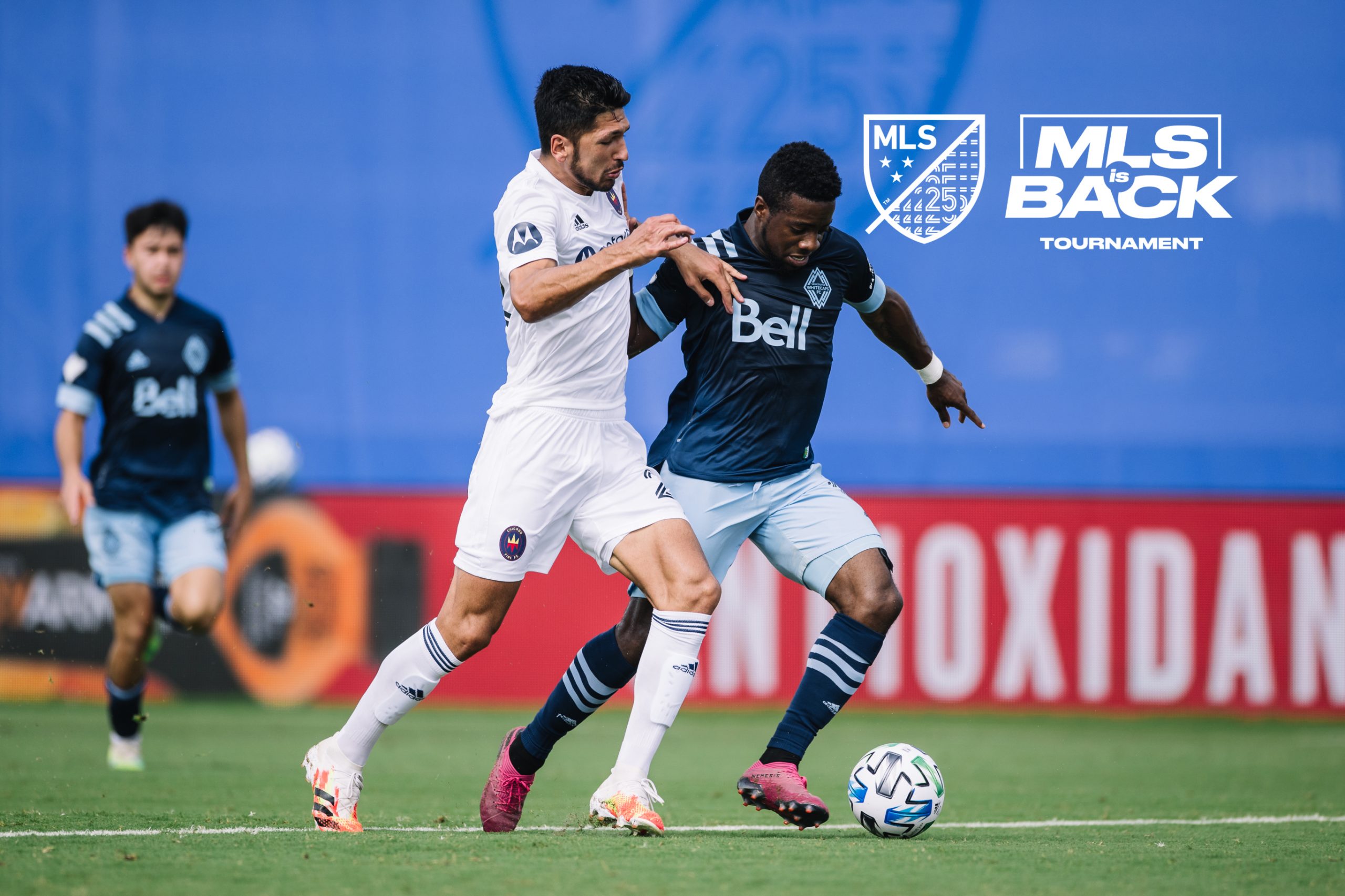 In the final early-morning match of the MLS is Back Tournament, Chicago Fire met the Vancouver Whitecaps in what was billed as a largely inconsequential match. Chicago was a breath away from clinching a Wild Card advancement to the Round of 16, requiring only a draw to do so. Vancouver, coming off of two losses, lacking many of their key players, and with a loaned keeper from the Montreal Impact on the bench, found their only hope for advancement with a win by at least two goals.

Vancouver started with a defensive stance, announcing a 5-3-2 formation with their lineup. In the absence of a clear path forward, they seemed to be focusing on how the results of the match might affect their regular-season standings. This may have been an effort to rally in front of the first time goalkeeper Thomas Hasal. The strategy seemed wise as Hasal made some mistakes that could have cost Whitecaps FC their draw point.

The match ran as expected, without much action through the first hour. The Fire took some shots, a couple of them on target, but they weren’t able to capitalize on the keeper’s inexperience. Vancouver rarely made any offensive runs, and their focus on defense still came with a price tag as defender Jasser Khmiri went in for a hard tackle and landed poorly on his left knee. The resulting injury required a substitution and will take more than a walk-off to shake.

At the hour mark, both teams started making subs in an attempt to add some life to the match, but the game was abruptly halted for a weather delay as lightning entered the Orlando area. After over an hour of delay, the match restarted. Who could say whether the lightning delay was truly the result of a seasonal weather pattern or if the spirits of the Great Futbol Upset had been summoned and the lightning was the catalyst for the granting of wishes? Because what happened when the two teams came back to the pitch after an hour-plus delay was nothing short of magical.

Moments after the restart, 57th minute sub Yordy Reyna scored for the Vancouver Whitecaps. Only 6 minutes later, the lead doubled with a goal from Dájome. By the 75th minute, Whitecaps FC found themselves with the 2 goal lead that was their ticket to advancing in the tournament, and Chicago was facing a trip home.

Chicago’s Sapong did manage to find the back of the net in the final minutes of the match, but the goal was called back for a handball. When the final whistle blew, the Great Upset was sealed and one of the least likely teams to advance out of the group stage, Vancouver, had secured their place in the bracket.

The remainder of the Round of 16 will be seeded after tonight’s matches, and Knockout Stage action begins Saturday night.