MLS is Back, July 22: MNUFC Navigates the Rapids While Colorado Eddies Out On the Draw 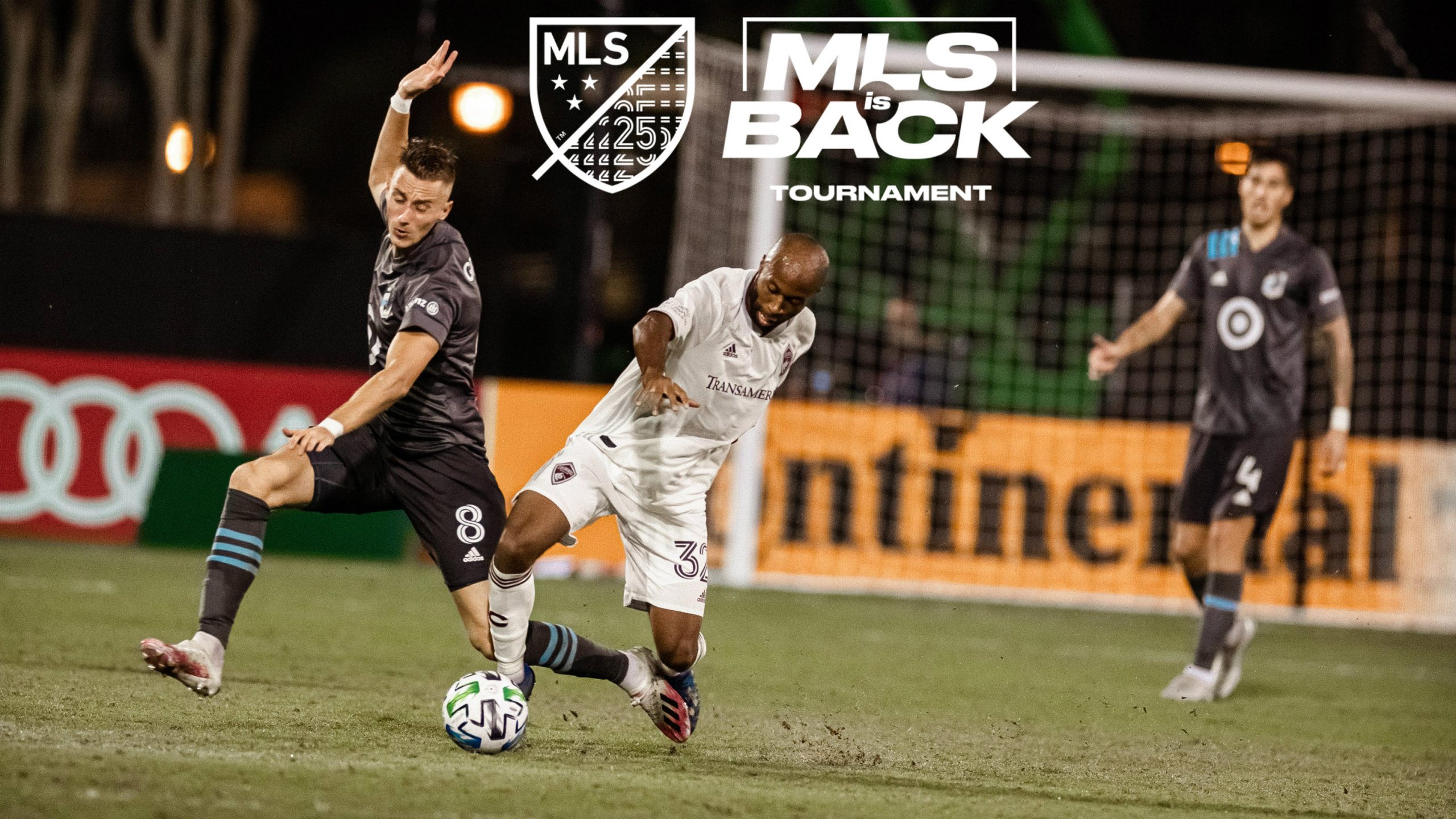 Ahead of the midweek late night matchup, Colorado’s fate was sealed. With no hope of advancing, the Rapids were playing for pride and consolation points. By contrast, Minnesota had clinched their knockout round berth and only needed a point to secure second place in Group D. They just needed to avoid accumulating potentially costly disciplinary points — A tall order for a meeting between these two teams.

While the play was unspectacular for large stretches of the match, and the players were often busy [not] earning yellow cards, both squads managed to hit a few high notes during the four goal duel. Kei Kamara opened the scoring in the 19′, following a midfield turnover by Minnesota that left the striker unmarked on the right side of the box. The club’s third goal of the tournament was also the club’s 1,000th regular season goal.

Though star loanee, Luis Amarilla, was back in the XI for the Loons after a knock that struck him from the lineup for the first match, it was a midfield workhorse that put Minnesota on the board. The ever-present Ethan Finlay flicked Jan Gregus’ freekick serve into the net from point blank range to equalize in the 36′. Just seven minutes later, he notched a brace with a reflexive shot that Colorado goalkeeper, William Yarbrough, had no hope of saving.

The goal was a perfect illustration of the versatility of Minnesota’s wingers. Rightback Romain Metanire and Finlay capitalized multiple times in 2019 on their speedy, overlapping runs down the right side. This is often in stark contrast to stale plays on the left, where Robin Lod blends in with the midfield grass, only occasionally taking a wayward shot.

Minnesota held the lead until the 59′, when Jonathan Lewis, fresh off the Rapids’ bench, whipped in a rebounded freekick on a half-volley.

Lewis and Finlay earned Man of the Match honors for their respective squads. Finlay also earned the honor of gnarliest laceration after tripping over a foam advertising block and colliding with the sideline ad boards. The extent of his injury wasn’t known until Thursday – he reentered the match for a few minutes before being replaced by Marlon Hairston in the 86′ – when he tweeted out a photo (Not for the squeamish.) with the caption, “Sponsorship($) > Player safety.”

While cleaner finishing by either side could have led to a few more goals, both sides certainly met the yellow card quota required of any such meeting. Eight total were awarded, all for unsporting behavior — five went to Minnesota. Ironically, Amarilla earned Minnesota’s first for bloodying the lip of Colorado’s Collen Warner.

Warner played a full 90 minutes for the Loons in an infamous 2018 match at Dick’s Sporting Goods Park, which MNUFC lost 3-2 after a flurry of fouls and a Miguel Ibarra ejection. Warner suffered three fouls that night, committed one. Yellow? None. He was not booked in this meeting either.

No one saw red cards on Wednesday, but if one were to attempt to learn the criteria for a yellow card from this match (or any match in this MLS is Back Tournament), one would be quite confused.

The Rapids are headed home, pending another round of negative COVID-19 tests. The Loons return to the pitch on Tuesday evening, at the respectable hour of 8 PM EST, against Group E winner, Columbus Crew.