MLS is Back, July 23: LA Galaxy and Houston Dynamo Send NYCFC To The Round of 16 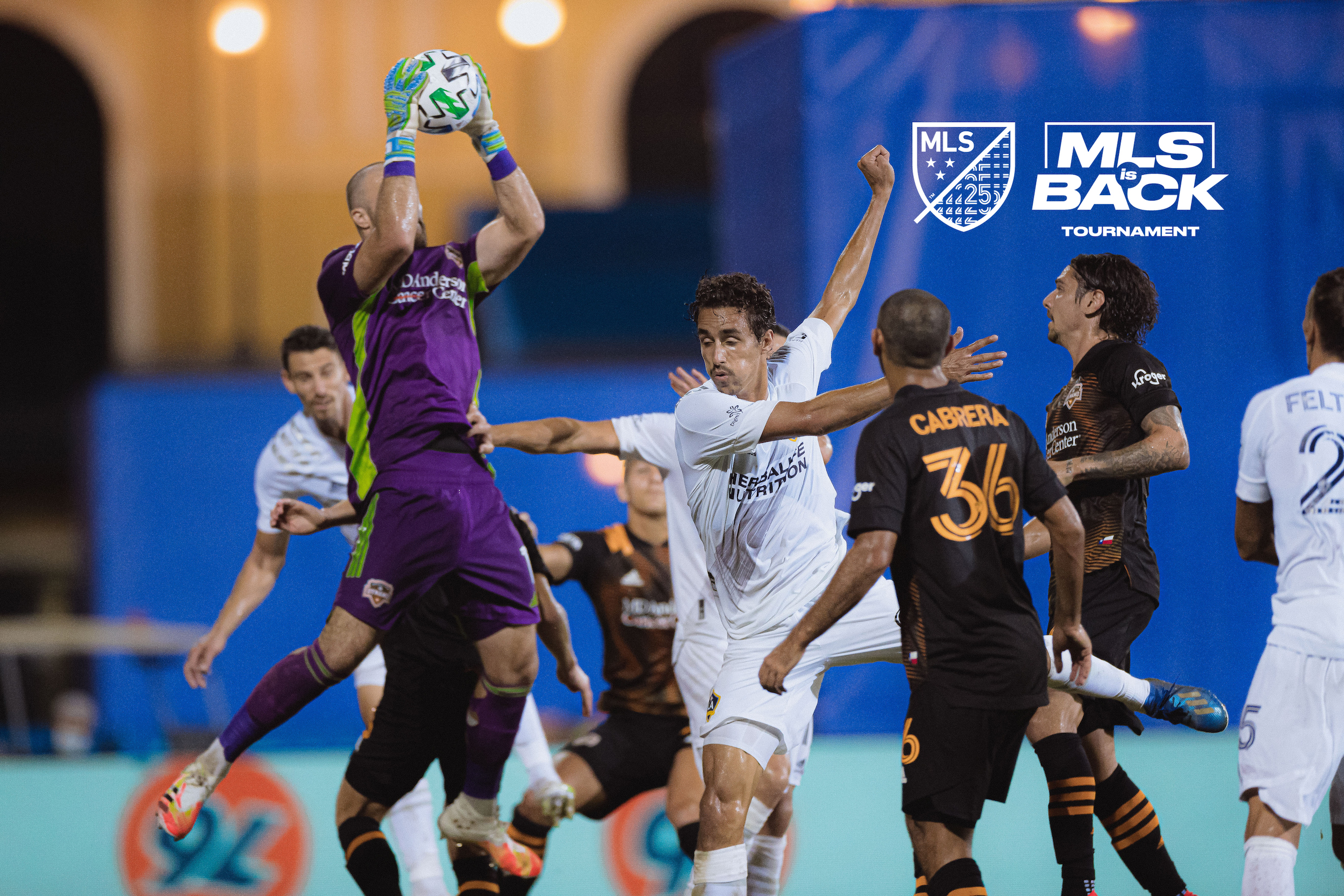 The LA Galaxy came into Thursday’s match with little to lose. Their poor showing in the MLS is Back Tournament thus far meant that only a 3-goal lead would get them a wildcard spot in the Round of 16. With a sordid history against the Houston Dynamo, however, even a spoiler win could be considered a success.

The Houston Dynamo would need only a one-goal lead to advance but faced an uphill battle with winger Alberth Elis ineligible after receiving a second yellow on Saturday. While Memo Rodriguez is a rising star forward and Mauro Manotas has been a consistent scorer, it is Elis’s speed that has provided the support for these players. Coach Tab Ramos brought in Darwin Quintero at the end of last season to balance out Houston’s wings, but he had yet to make a contribution.

So with LA with nothing to lose and Houston with everything to gain, the teams played through a light rain on the final night of Group stage play. Just 17 minutes in, Quintero scored off a free kick that LA’s Bingham seemed to miss completely. The LA keeper didn’t seem to register the ball coming in directly over his head, and Houston had the advantage that they needed.

After the goal, the Dynamo settled deep into a defensive position and seemed to prefer fending off the Galaxy’s constant advances to gaining possession of their own to try to improve their lead. And while the Galaxy enjoyed good possession and pass completion, they were unable to convert any of their excellent offensive stats into a goal. Houston’s offense was weakened further at the hour mark, when Manotas had to be replaced, due to injury, by Ronaldo Pena.

Houston’s defense was not technical or organized but held off LA and as the minutes carried on it almost seemed as though they might be able to pull off the win. But in the final moments of regulation, recent sub, Maynor Figueroa took down a player in the Dynamo’s box, giving away a penalty that was converted by LA’s Pavon to even the scoreline.

With their spot in the Knockout Round at stake, the Dynamo came alive in the final five minutes of the match, battling hard to regain their lead. Had that effort been made at any point in the preceding 75 minutes, the result could have been very different. The final whistle blew before another goal could be found, and both teams ended the night with a draw- and a loss. Each team will take a point into their regular season standings, but neither advance to the Round of 16. The LA Galaxy could have found solace in spoiling the Dynamo’s advance, but neither team reveled as they left the pitch.

The true winner in LA and Houston’s battle was New York City FC, who advance to the knockout bracket. They will face Toronto on Sunday, while the Galaxy and the Dynamo head home.