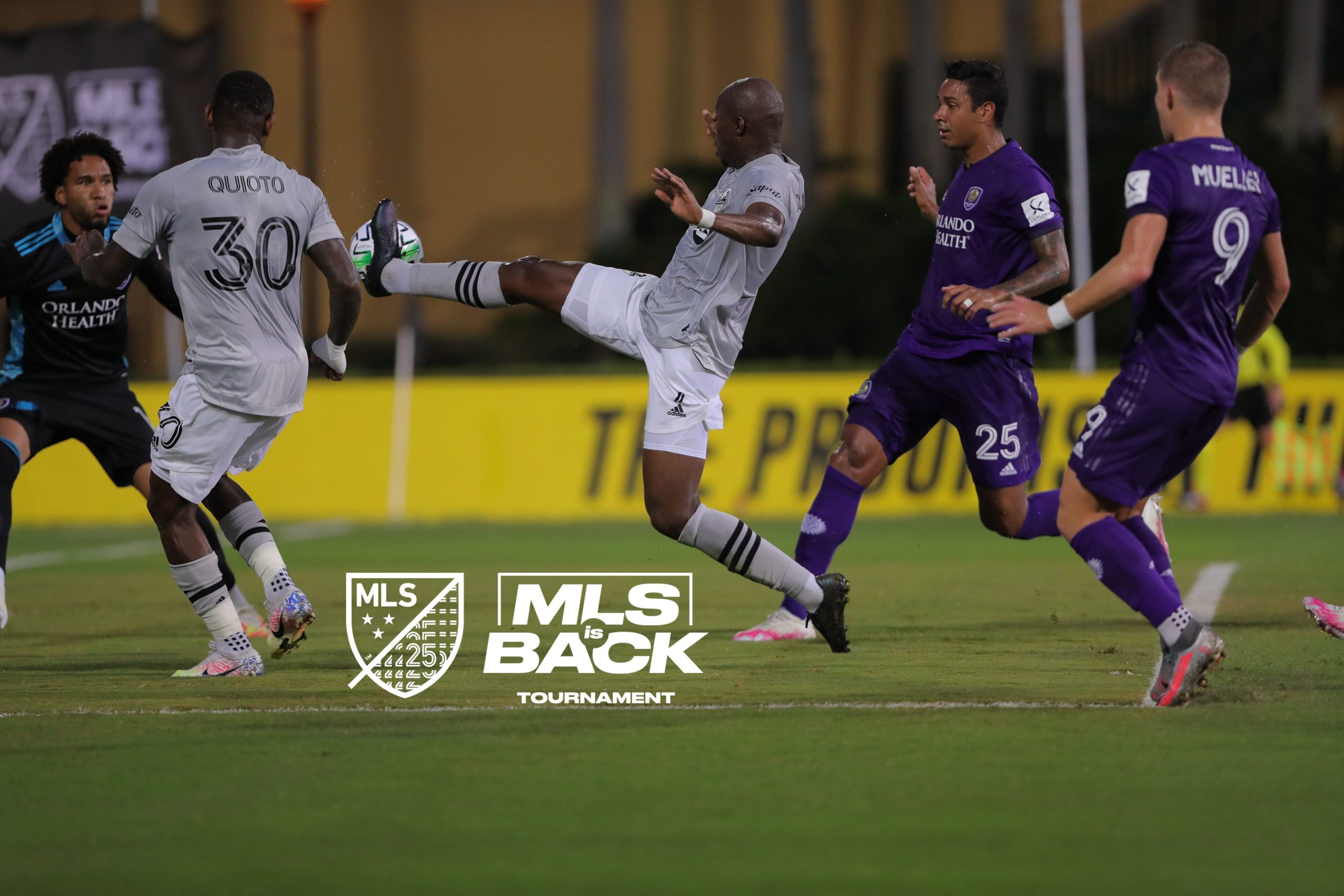 In the first knockout phase match of the MLS is Back Tournament, it was Orlando City SC vs Montréal Impact. Each team had presented a very different showing in the group stages, with Orlando cruising to the top of Group A, and Montréal qualifying by the skin of their teeth as the third-place finisher in Group C.

Orlando brought a level of confidence that is evident in teams in a good run of form, which was sorely lacking in the Impact’s play. In the first half, the Lion’s dominated play and were incredibly unfortunate not to lead after squandering several golden chances to punish the Impact’s sloppy play.

Impact supporters who were hoping to see a team buoyed by their good luck emerge for a more competitive second half would be left disappointed. The same tentative and unconfident play led to a turnover off an Impact free kick, after which Orlando engaged in some of the snappy one-two passes which had caused Montréal’s defenders difficulty all night. Impact defender Rod Fanni was left scrambling. He overhit a panicked backpass to goalkeeper Clement Diop, who powerlessly watched as Tesho Akindele slotted it home into an empty net, for a more than deserved 1-0 lead in the 60th minute.

It was very much a tale of two teams in this match. OCSC showed up ready to compete with well developed chemistry between players, while the Impact struggled to get out of first gear and demonstrated a worrying lack of creativity that has been synonymous with the team more often than not in the past two seasons. Once again, the scoreline doesn’t tell the story as Orlando City will feel hard done by to not have scored more goals.

Regardless,the one goal difference was enough to seal each team’s fate. Orlando City will face the winner of the Seattle Sounders versus LAFC match in the quarter-finals, while the Impact will be flying home for some intensive self-reflection.