Houston Holds It Down to Win First NWSL Final 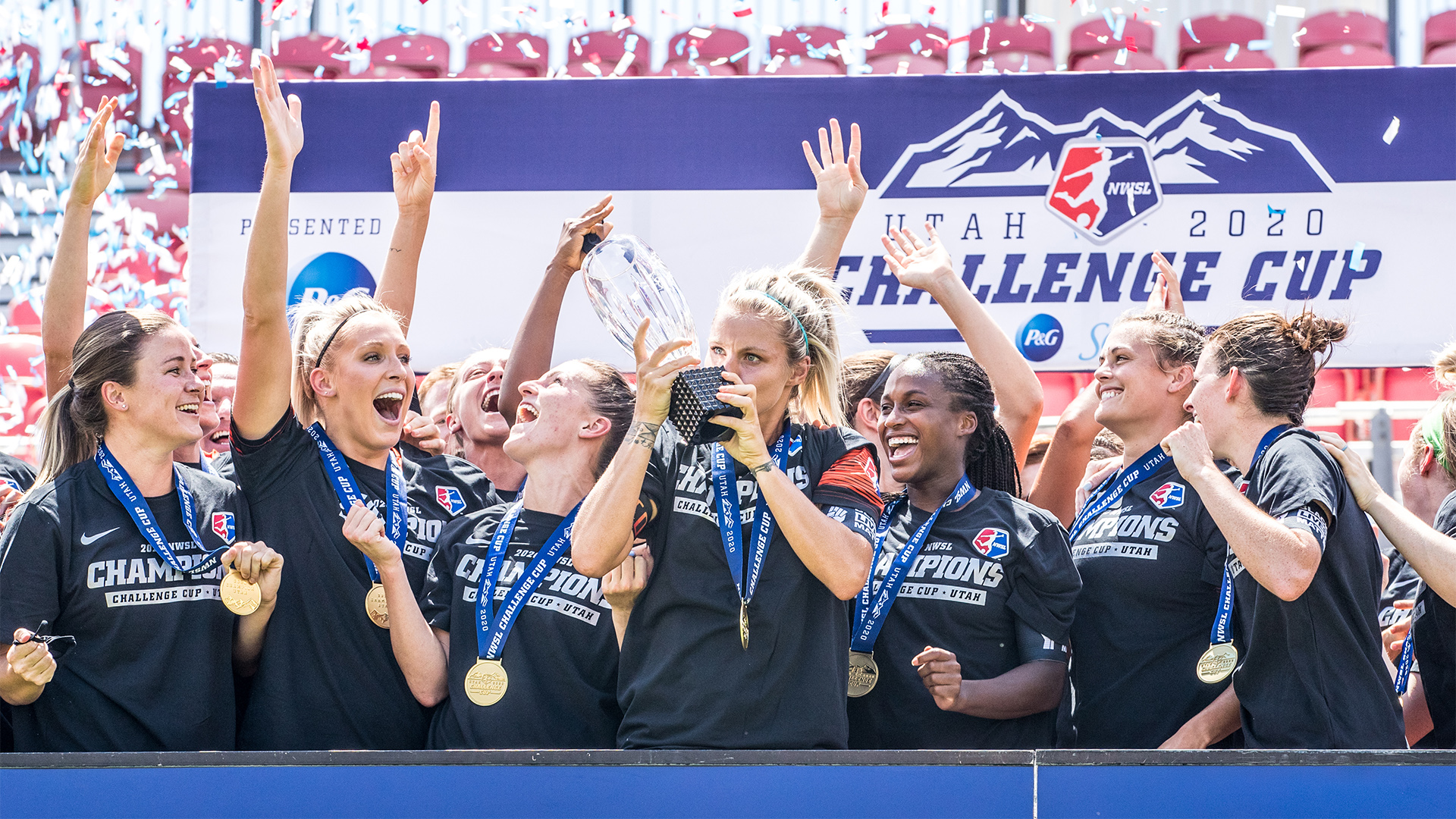 The NWSL Challenge Cup came to an end with the Chicago Red Stars facing the Houston Dash in the championship match on Sunday morning. Both teams went 1-2-1 throughout the tournament. Houston was ranked #4 and Chicago was ranked #6. Throughout the tournament, Chicago’s depth shined, even without USWNT internationals Casey Short, Tierna Davidson, and Gataurt, and Japan international Yuki Nagasoto. Still, they could not solve Houston.

Here is how the teams lined up:

Just minutes into the match, Houston’s Kristie Mewis was flying down the sideline on a breakaway when Chicago’s second-year defender Kayla Sharples pulled her down in the box, causing the referee to award Houston a penalty kick. Sophie Schmidt converted and put Houston on the board in the 5th minute. This did not come without a cost though: As Mewis was pulled down, she tweaked her hamstring. She played on until pain forced her out in the 29’.

The Dash did a great job of holding onto that lead throughout the first half, denying Kealia Watt and Savannah McCaskill. McCaskill had a great opportunity in the 14′, but hit the post with her header.

Houston played a great defensive game, but never stopped putting pressure on Chicago’s backline. Rachel Daly and Nichelle Prince had amazing chemistry, but could not add into Houston’s lead.

In the first minute of stoppage time, Chicago put all players forward, including goalkeeper Alyssa Naeher. Houston forward Shae Groom spotted the opportunity on breakaway, took one touch around Naeher and slotted it into the back of the net, doubling the Dash’s lead to ensure victory.

Groom’s goal secured the victory for Houston, a 2-0 win in their first NWSL final. Congratulations to the Houston Dash and their fans!

The Challenge Cup trophy was not the only honor awarded out on Sunday. The Golden Glove, given to the best goalkeeper of the tournament, went to Sky Blue’s Kaitlyn Sheridan, with 21 saves and 3 shutouts. Houston’s co-captain Rachel Daly won the coveted Most Valuable Player. Not only did she lead Houston to their first-ever final with 3 goals and 2 assists, her assist in the final was the tiebreaker for the Golden Boot race. The Future Legend award, for the most promising first-year player, went to Ashley Sanchez of the Washington Spirit. The UCLA alum shined in her first NWSL appearances, hinting at a very promising future with league.

In addition to these league awards, fans had the opportunity to vote on the Best XI for this tournament. They chose the following:

A huge shout out goes to all the medical staff and trainers for making sure the players stayed healthy and safe while achieving what was deemed impossible a couple of months ago. The NWSL says they administered over 2,000 tests through the four week tournament, none of which came out positive. The NWSL Challenge Cup gave the North American sports industry an excellent example of how to return to play safely.