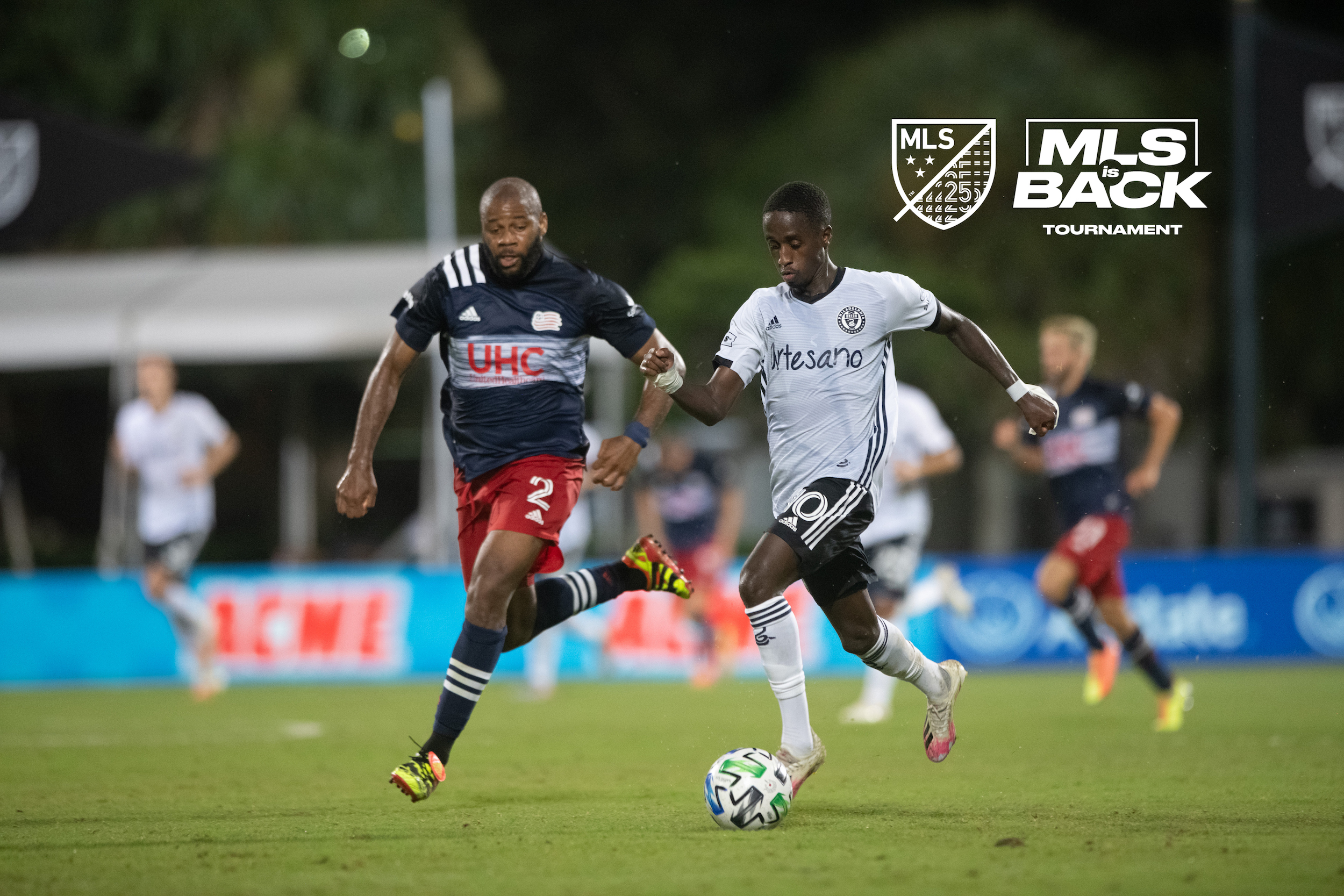 For two teams that earned their spots in the Knockout Round with Group Stage wins, Philadelphia and New England came into Saturday’s late-night match with a level of motivation more often seen during the 9 am matches of the MLS is Back Tournament. There was very little physical play and the Union had only a slight offensive advantage, but there was nothing at all to write home (or to the internet) about. Perhaps both teams decided to take a play from Vancouver’s group stage playbook – holding back to conserve their energy for a late match explosion of effort and, hopefully, goals

The better halftime speech must have come from Bruce Arena, as the Revolution came back from the break on the front foot. They played nearly constant offense in the first 15 minutes of the second half. However the Revs weren’t able to find the back of the net, and the magic of the ‘Halftime Speech’ didn’t last long. After New England gave up possession in the midfield, Philadelphia put together a nice set of quick passes, allowing Santos to receive the ball just inside the penalty box and score in the 63′.

With the salty sting of a knockout rising in the back of the Revolution’s throat, they turned the intensity up to 11 but were still unable to put together an organized or effective offense. Despite the physicality, the referee let the play continue, with the players managing to finish the match with the occasional free-kick given but no cards for either team.

The match wrapped up after only four minutes of second half stoppage time, and the Philadelphia Union will advance to the quarterfinal bracket. After 90’+ of full-pockets, referee Ishmail Elfath wrote the Rev’s head coach Bruce Arena a goodbye note on a red card as the teams left the pitch. Initial reports indicate the card was given for offensive language to a match official. As the oldest coach in MLS, he’s been around long enough to know better!

The MLS is Back action continues on Sunday as we fill in two more spots on the quarterfinal bracket. We’ll have live updates on Twitter @SwitchThePitch1 and, of course, you’ll find a match report here shortly thereafter.