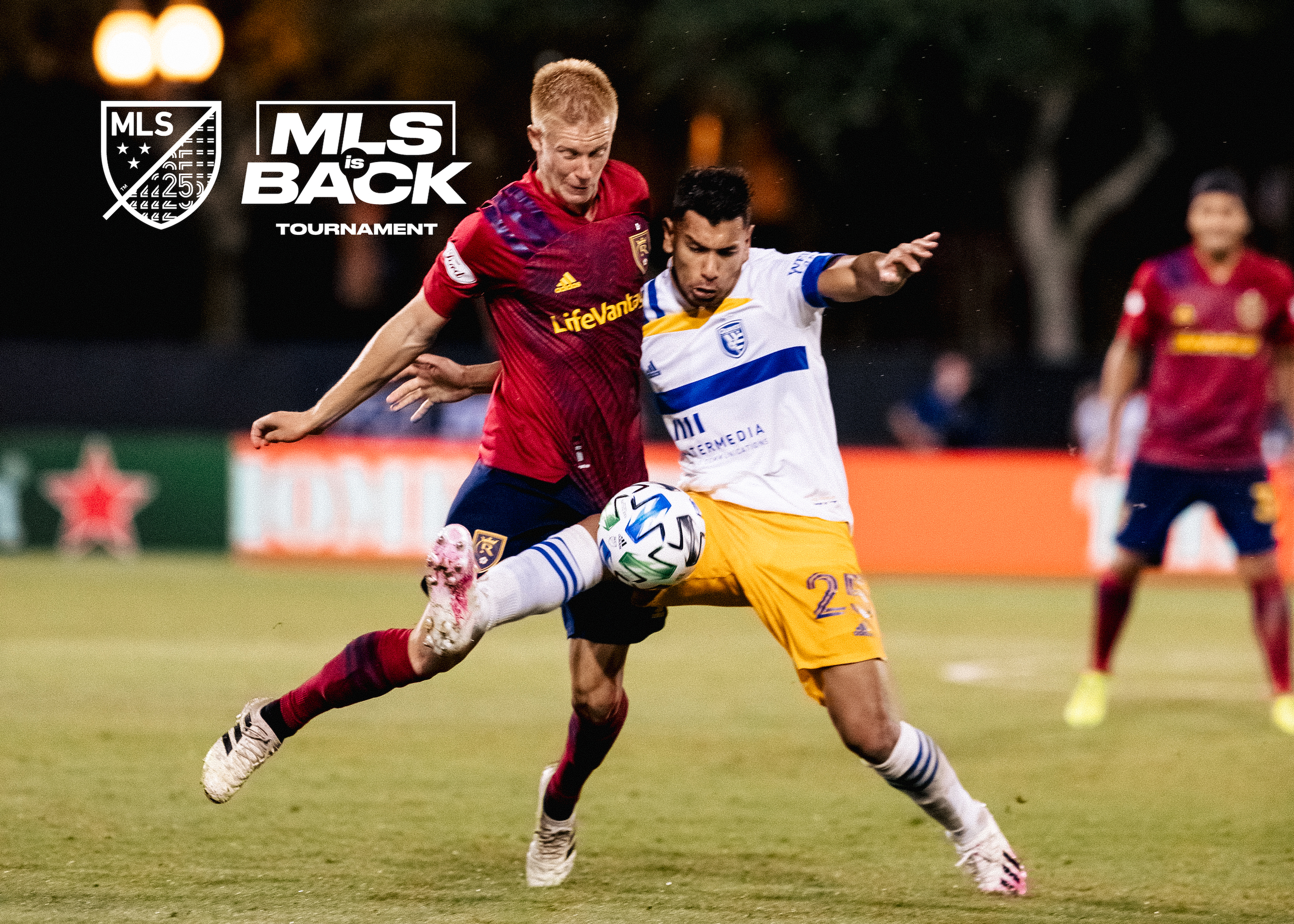 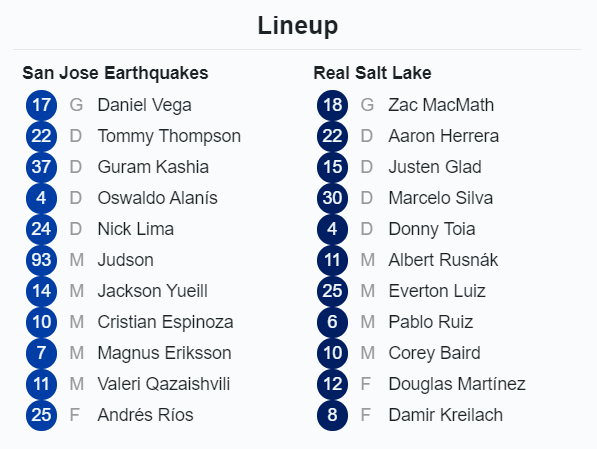 In the first round of 16 match-up on Monday, July 27th, Real Salt Lake capitalized on their chances, but the San Jose Earthquakes largely dominated the match. The Quakes made fewer mistakes and kept all of their players on the pitch, for a final score of 5-2. As a result, the Earthquakes advance to the quarterfinals of the #MLSIsBack Tournament.

San Jose had the lion’s share of the possession in the first half, and although the first twenty minutes remained scoreless they were firmly in control of the match. In the 21st minute, San Jose’s Cristian Espinoza approaching from the right found the back of the net.

RSL answered quickly. Shortly after the restart, USL (Real Monarchs) standout Douglas Martinez capitalized on a misplayed header by the Earthquakes’ Guram Kashia. With space to work, Martinez chipped the ball in over Quakes’ keeper, Daniel Vega, to even the score at 1-1 in the 22nd minute.

The score remained tied until the second half, when San Jose’s Magnus Eriksson drilled a penalty kick in the 49th minute after RSL’s Alvin Jones drew a foul in the box. RSL’s Zac MacMath got a fingertip on the ball, but it wasn’t enough to stop it, and San Jose took the lead at 2-1. The Earthquakes pulled ahead even further when a barely onside Valeri “Vako” Qazaishvili finished a cross from Andres Rios to make the score 3-1.

After the hydration break, RSL again answered quickly, with Damir Kreilach deftly finishing a pass from Marcelo Silva to put Salt Lake within striking distance at 3-2. But that was as close as RSL would get; Marcelo Silva was shown a straight red for a studs up tackle on San Jose’s Jackson Yueill.

Down a man and not in control of the game, RSL eventually succumbed to the inevitable. Late Earthquakes sub Chris Wondolowski cleaned up a messy, incomplete MacMath stop in front of the goal to make the scoreline 4-2; and Magnus Eriksson put in the finishing touch with a penalty kick in the 95th minute to make the final score 5-2.

Real Salt Lake had heart and effort in this game but were outplayed by their opponents; and ultimately their late subs had a hand in much of their undoing. Alvin Jones subbed in for Donny Toia at the half, and within five minutes he had created San Jose’s first penalty kick opportunity of the evening. Veteran Kyle Beckerman subbed in at the 68th minute, and in that final third of the match, he had both a handball in the box for a San Jose penalty and a ball kicked at the center official for a red card. If/when the league resumes play, Freddy Juarez may want to look carefully at how and when he brings in his reserves, and their readiness to engage in (relatively) error free play for the short time they are on the pitch.

For San Jose to remain successful as they continue in the tournament, coach Matias Almeyda may want to remind players to stay focused after restarts. Both of Real Salt Lake’s goals came within minutes after play had stopped (their first came after an Earthquakes goal, their second shortly after a hydration break). San Jose’s superior quality of play in this match allowed them to overcome these lapses in concentration, but the further they advance in the tournament the less likely they will be able to rely on being able to score additional goals to account for this lack of focus.

San Jose advances to their quarterfinal match on Saturday, August 1st at 8:00 pm EDT. Their opponent will be the winner of the Tuesday, July 28th match-up between the Columbus Crew and Minnesota United FC.