MLS Is Back, July 28: Favored Columbus Crew Fall and Minnesota United Head to the Quarterfinals 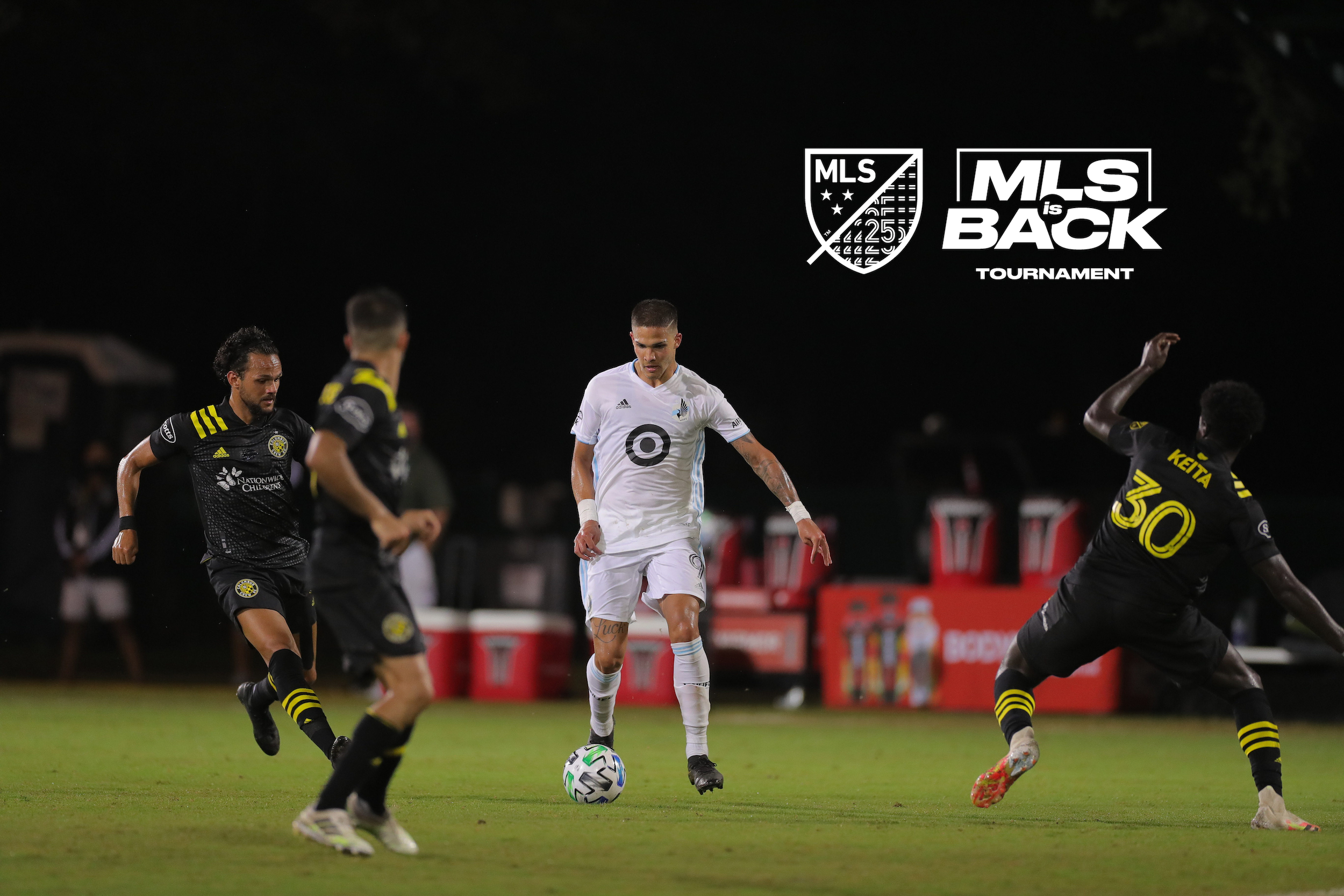 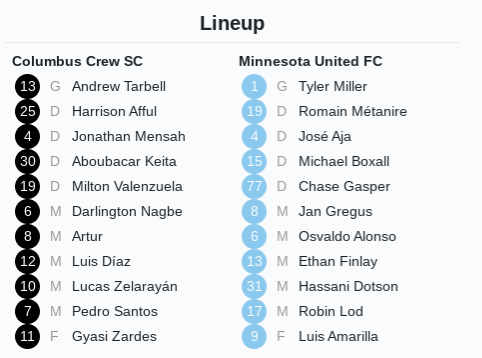 Columbus and Minnesota, two teams with a strong start back in March, met in the round of sixteen on Tuesday night, July 28th, for the chance to play in the quarterfinals of the MLS Is Back tournament in Florida.

The Columbus Crew were favored to win this match based on their pool play and they moved the ball well, but they failed to score from the run of play. Ultimately they fell to Minnesota United after kicks from the mark at the end of regulation, losing the shootout 5-3 and exiting the tournament, while MNUFC earned the right to go through to the next round.

The Columbus Crew started off on the front foot, dominating in possession, with more time in the attacking third, and with more duels won. They looked to maintain their solid tournament record, conceding zero goals in pool play. But Minnesota United was able to break through where other teams hadn’t, especially when they took advantage of Jan Gregus’s corner kick. After the Crew failed to clear the ball outside of the box, Robin Lod ultimately scored the first goal against Columbus in the tournament, putting MNUFC ahead 0-1 in the 18th minute and sending them into the half in the lead.

Columbus continued to do well in possession, but ultimately had a great deal of difficulty finding a shot in the final third throughout the game. They played from behind for most of the match until the 80th minute, when Jose Aja fouled Derrick Etienne in the box. Giassi Zardes’s penalty kick was initially saved by Tyler Miller, but the rebound popped right to Zardes’ feet, and he buried it to tie the match at 1-1, which is where the match ended at full time.

In the end it was Minnesota’s keeper, Tyler Miller, who had the last word. His stop against Columbus’s Chris Cadden was the difference, and MNUFC walked away with the win with five successful kicks from the mark to the Crew’s three.

Minnesota advances to their quarterfinal match on Saturday, August 1st at 8:00 pm EDT, where they will face the San Jose Earthquakes. The winner will advance to the tournament semifinals on Thursday, August 6th.