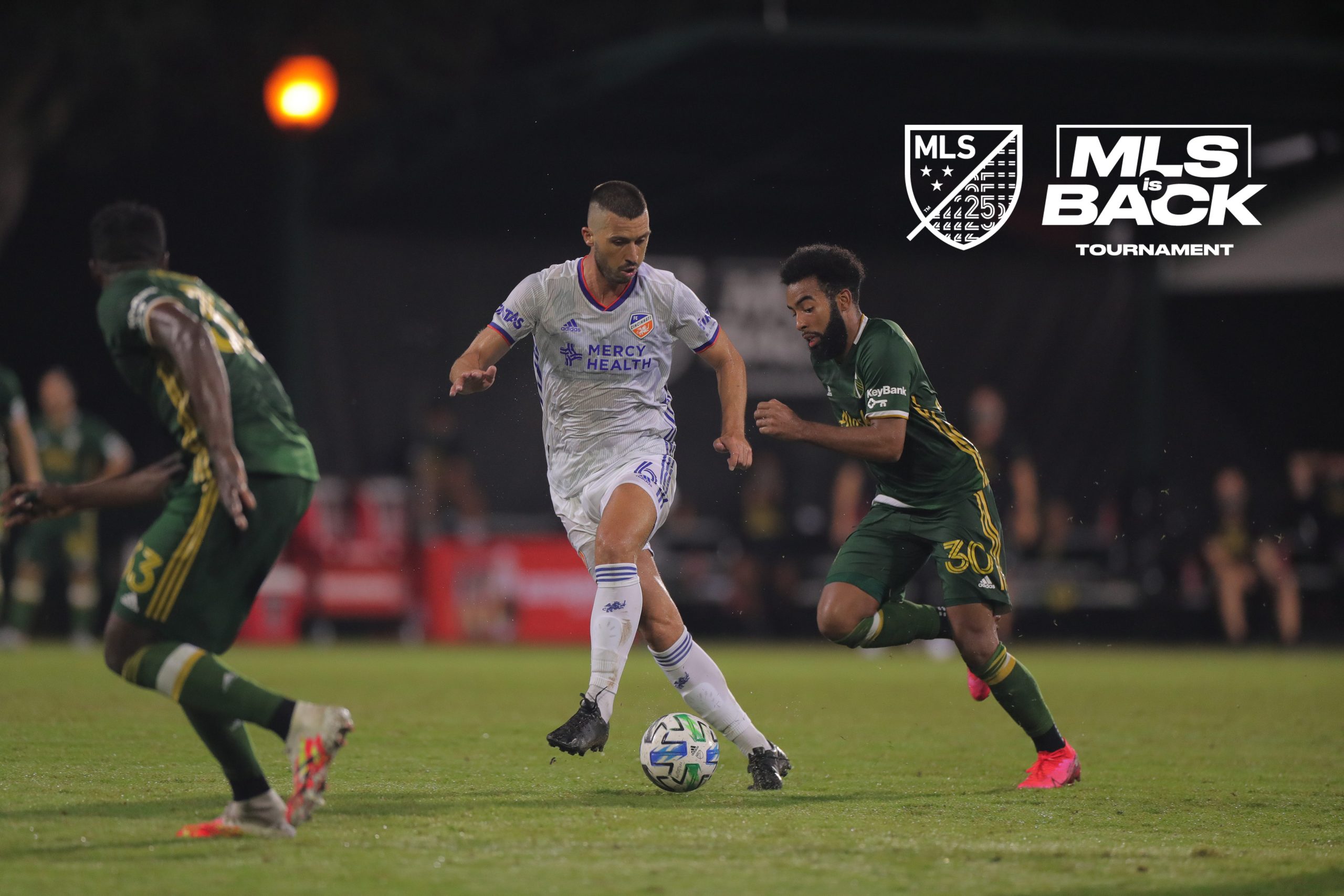 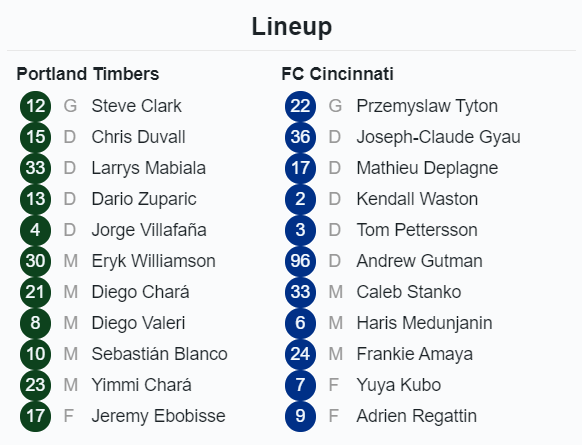 It was a tale of two matches Tuesday night, as the Portland Timbers faced FC Cincinnati in the final bout of the MLS Is Back Tournament Knockout Round.

The first two-thirds of the game were a largely settled affair, with Portland having the lion’s share of the field but nothing to show for it. Cincinnati sat far back in their own half to prevent the Timbers from scoring, effectively parking the proverbial bus. Both sides were patient and stuck to their game plans with a 0-0 scoreline at the half.

In contrast, the final thirty minutes and stoppage were full of drama, with a goal called back, a goal scored, an unforced keeper error leading to a successful penalty kick, and the result ultimately decided with kicks from the mark at the end of full time.

In the first half, FC Cincinnati held their line deep in their own territory, working to deny the Timbers any space in front of the box in the final third. For their part, Portland was patient, working the ball to the outside and waiting for their chances. In the 4th minute, Sebastian Blanco fed Jeremy Ebobisse for a header that went over the bar, and in the 10th minute Diego Valeri curled in a free kick from the end line for an attempt on goal that was on target but saved by FC Cincinnati’s Przemislaw Tyton. But for the most part, the game looked well on its way to a predictable if unexciting match ending in a 0-0 scoreline and penalty kicks.

And then came the final third of the match.

In the 61st minute, Mathieu Deplagne looked to be the first to score, putting the ball in the back of the net off a free kick. Upon review, however, Deplagne was ruled offside and the goal was disallowed. Sebastian Blanco worked the ball to open space in the left corner in the 67th minute, then found Jaroslaw Niezgoda in front of goal. Niezgoda, who had subbed into the match just three minutes earlier, teed up the ball with a tap of his right foot and finished it off with his left to put the Timbers ahead 1-0.

After Niezgoda’s goal, the game opened up a bit, and the Timbers looked to be on their way to a win. But then, in the 79th minute, Portland’s keeper Steve Clark badly misplayed a ball at his feet and then fouled Cincinnati’s Allan Cruz. FC Cincinatti’s Jurgen Locadia buried the penalty kick and suddenly the match was 1-1 with only a few minutes to go. At the end of regulation, the teams remained tied, with penalty kicks left to determine the winner.

Clark, whose error and subsequent foul during regulation let Cincinnati back into the match, ultimately found redemption, stopping Locadia’s kick and putting the Timbers ahead. Between that stop and Kendall Waston’s failure to convert his spot kick, Clark did what he needed to do, and Niezgoda finished off the match by successfully finding the back of the net off his right boot, giving the Timbers the 4-2 PK advantage and the win.

The Portland Timbers advance to the quarterfinals on Saturday, August 1st at 10:30 pm EDT, where they face NYCFC.