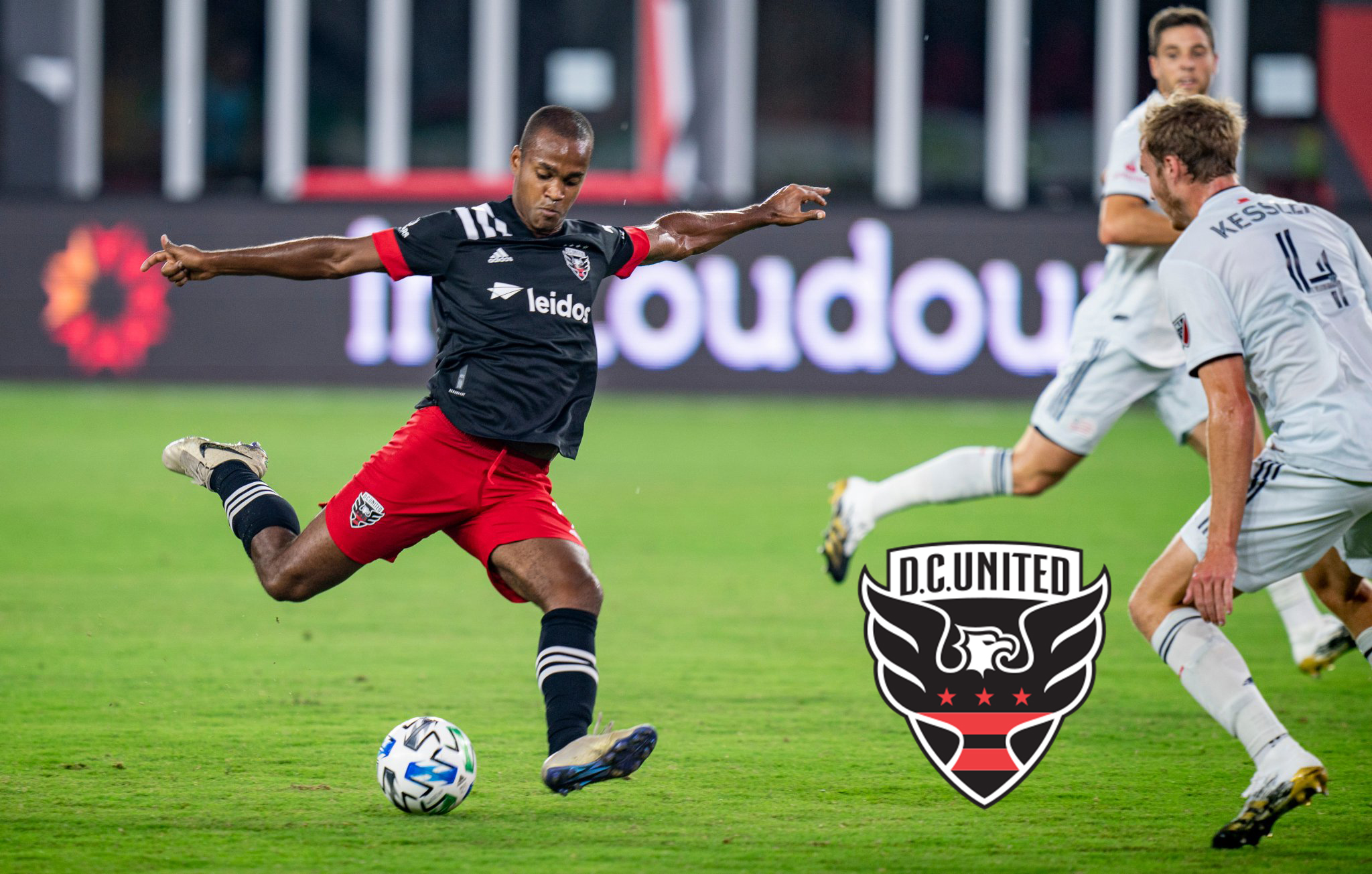 Returning to Audi Field for their first match since the MLS season was postponed in March, D.C. United didn’t find the win they were looking for.

It was a match that had practically everything – roster shakeups, a lightning delay, a red card, and ten (yes, ten) minutes of stoppage time. Unfortunately, the only thing missing from the Tuesday night matchup was a Black-and-Red win.

Head coach Ben Olsen continues to tweak D.C.’s starting XI and formation, searching for the elusive missing piece to their identity puzzle. Tuesday’s match against New England was no exception, with enough personnel changes to keep the Black-and-Red from falling back into their comfortable, albeit lackluster, ways.

With DP Edison Flores and veteran striker Ola Kamara up top and homegrowns Kevin Paredes and Donovan Pines rounding out the XI, D.C. got off to a strong start. A chance came less than a minute in, but 17-year-old Paredes missed the shot, sending it over the bar. Kamara followed up with another good look minutes later, but his chance was thwarted by NE’s Matt Turner.

Not much improved for D.C. as Russell Canouse suffered an injury in the 16’ that would see him subbed out of the match for French defender Frederic Brillant. The stoppage time for Canouse’s injury seemed to give New England a chance to collect themselves, and they quickly turned the tables on D.C.’s strong start. Gustavo Bou tested Bill Hamid, not once but twice, with the second time being the charm that put the Revolution on the board.

By the half hour mark, the downpour in the District had turned dangerous and a lightning delay was called. Returning to play after about 45 minutes, D.C. took the field deflated and lacking the early energy that spurred optimism.

New England’s Teal Bunbury (son of the legend, Alexander Bunbury) capitalized on a corner to bring the Revs’ account up to 2. The Revolution’s ability to collect corner kicks was a detriment to D.C., a team that regularly relies on set pieces to rack up the goals.

In the 55’ Flores went down on the pitch in obvious pain after a nasty collision with New England’s Büttner. He was quickly replaced by Ulises Segura, while Yamil Asad entered the match for Joseph Mora. As one would think D.C.’s luck in the match couldn’t get much worse, a handball offense by the Revs’ Büttner opened the door for a Black-and-Red penalty kick. Kamara delivered in the 72’, breaking D.C.’s goal drought and giving the team some gas to get through the final minutes.

In another turn of luck, New England’s Scott Caldwell was booked with a red in the 83’ after a dangerous challenge with Felipe. While much of the league is conditioned to believe Felipe is at fault during such challenges (he usually is due to his aggressive playing style), in this case, something went D.C.’s way and the Revs were forced to play on with only 10 men.

If ever there were a golden opportunity for D.C. United to find an equalizer or pull ahead, it would be against a team down a man. To their credit, D.C. went after the Revs with a sense of urgency that had been missing much of the match, but it was too little, too late – even with those ten minutes of stoppage time.

Unfortunately, for much of the match D.C. United did what they always do, despite the fresh lineup and formation; get frustrated when they are behind, give up easy opportunities, and allow opponents to capitalize on set pieces. Until these fundamental issues are recognized and solved, all the new formations and lineups won’t make much difference.

While stalwart supporters are bound to be disappointed by the result of the match, it should be remembered that D.C. has remained in the comfort zone for far too long, both tactically and mentally. This wacky season full of postponements and obstacles is perhaps the best time to experiment and take risks. Yes, winning matters and will always matter to clubs and their supporters, but boring soccer – especially this season — would be the bigger faux pas, and beg the question, ‘why are we even bothering in the first place?’

D.C. United will hit the road to take on the Philadelphia Union this Saturday, August 29th, at 7:30 pm EST.