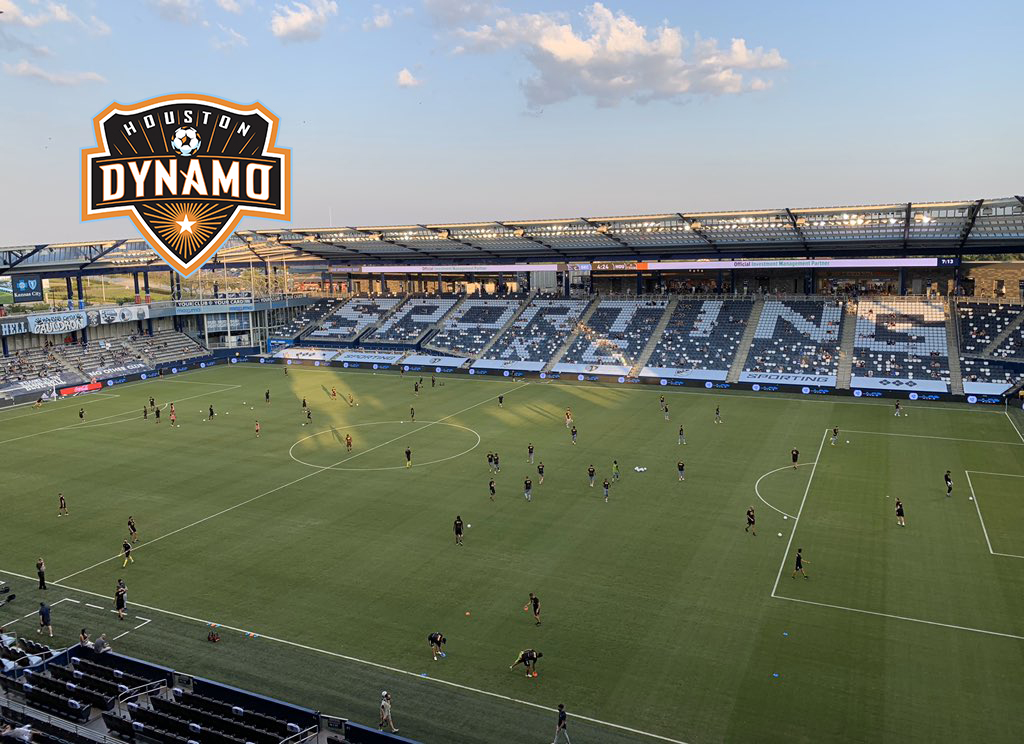 The Houston Dynamo traveled to Children’s Mercy Park to take on Sporting KC for a match that brought a respectable amount of socially distanced fans out on a school night. While fans’ calls were easily distinguishable and often angry, the sound of real fans in the stadium was a welcome return to normalcy even for this visiting team fan.

SKC definitely came out on the front foot and controlled the first quarter hour, but it didn’t take long for Houston to calibrate their offense. Alberth Elis opened up the match with the first of many goals in the 17th minute.

Sporting was so shaken, they almost doubled the lead with a near own-goal moments later saved only by the woodwork. That woke up the team and they countered off the error, won some possession, and answered the challenge with a goal from Johnny Russell at 26’. Houston managed to pull ahead moments before the first half ended – this time from Superman Christian Ramirez, finishing the half 1-2.

The second half turned into an offensive free-for-all, especially for the Dynamo. The Dynamo scored at 48’, 57’, and 61’ – the first from Niko Hansen and the others from Darwin Quintero, wrapping up this gift of a match with a brace. Not to be left completely behind, Sporting KC did answer Hansen’s goal with one of their own a minute after from Gadi Kinda.

The win was a huge one for the Houston team that has been working hard to find a rhythm, especially on the road, for some time. Not only was this Tab Ramos’s first club win and the team’s first win of the 2020 season — It was also the club’s first win on the road in over a year.

While Houston fans hope that this is a turning point for the team, they aren’t strangers to Dynamo taking the role of spoiler in match-ups like this. There was little optimism showing up to a road match against the top team in the western conference when they are settled comfortably near the bottom themselves. However, the offensive performance of the Dynamo showed just a little more than the dominating scoreline tonight.

All four goal scorers earned an assist in a different goal of the night. And 4 out of the 5 of those credited with assists scored goals themselves. The Houston Dynamo are showing more than individual offensive skill – they’re showing genuine offensive teamwork. We’ll see if the magic can continue when Houston host Minnesota next Wednesday.

…That is of course assuming Hurricane Laura doesn’t drown the city between now and then. Stay safe, y’all!